For Hariri, resigning is once again on the table 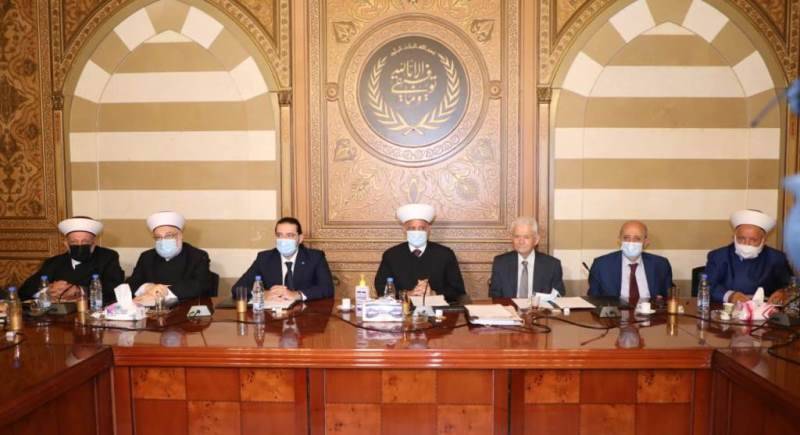 Parliament Speaker Nabih Berri, who is expected to meet soon with Prime Minister-designate Saad Hariri, will try to save his initiative as the political paralysis persists amid conflicting reports about Hariri’s possible resignation — an option that the premier-designate is no longer ruling out.

Hariri told Asharq al-Awsat that “all options are on the table,” but he won’t be making any decisions alone “without consulting with the speaker of Parliament, the Supreme Islamic Sharia Council,” the highest Sunni authority, as well as “the former prime ministers.”

On Saturday evening, Abdel-Salam Moussa, the press coordinator of the Future Movement, told Al-Hadath TV that “the option of resigning is now on Saad Hariri’s agenda,” and that the premier-designate will make a decision in the coming two days.

Hariri’s statements to Asharq al-Awsat came a day after his meeting with the Supreme Islamic Sharia Council along with former heads of government.

These statements are, however, in contrast with Dar al-Fatwa’s position in its renewed full support of Hariri in his mission to form a cabinet and with the remarks of former Prime Minister Fuad Siniora, who told L’Orient-Le Jour that Hariri’s resignation is out of the question.

In fact, according to well-informed sources, Hariri wanted to step down, but his meeting with the Supreme Islamic Sharia Council’s members prompted him to postpone his decision for a few days.

According to press reports, during Saturday’s meeting, not all Sunni dignitaries were on the same page on Hariri’s resignation, as some purportedly backed his decision to throw in the towel.

“This is not true. Such remarks are unfounded and intended to create discord,” Siniora told L’Orient-Le Jour. The former prime minister insisted that the Sunni representatives unanimously agreed that Hariri should carry on with his mission to form a cabinet of independent experts.

“We are done with the government of national unity and cabinets of national paralysis,” Siniora said, alluding that Hariri will not form a government in which the camp of President Michel Aoun and the Free Patriotic Movement head Gebran Bassil would hold minority veto rights.

In a statement, the Supreme Islamic Sharia Council called on political leaders to “work with the prime minister-designate to form a government that can save the country.”

Without explicitly naming it, the council accused the Aounist camp of wanting to “impose new constitutional practices.”

A source familiar with the Dar al-Fatwa meeting told L’Orient-Le Jour that one of the major unresolved issues that is delaying the formation of a cabinet is the fact that once the government is composed, Hariri would have to wait for a confidence vote from the Aounist parliamentary bloc.

“Saad Hariri will not accept playing into this pernicious game whereby the FPM would withhold confidence from the government. The Aounist camp can then brandish, at any time, the threat of an attack on the national pact, should the two biggest Christian parties, i.e. the Lebanese Forces and the FPM, refrain from giving the green light to the new government,” the source said.

Following in the footsteps of Dar al-Fatwa, Christian religious leaders joined the fray yesterday to sound the alarm once again, castigating those who are putting spokes in the wheels.

This time, Maronite Patriarch Bechara al-Rai and Greek Orthodox Bishop of Beirut Elias Audi did not handle the matter with kid gloves and have, more or less openly, pointed the finger at the Aounist camp, accusing it of maneuvering for personal and partisan interests as the state is collapsing.

“Some people want to completely lock the country and keep the keys for themselves,” Rai said during his Sunday sermon.

“The country needs wise, courageous and patriotic leadership. The people must rise up and form a peaceful opposition to bring about change,” he added, criticizing once again the policy of axes, which Lebanon had been committed to and which isolated the country during the current crisis.

An equally strong message was delivered almost at the same time by Audi, who called directly on Aoun to “go down to the streets to see for himself the disgrace” in which people are living — one way of saying that the president, who remains locked in his palace, is completely disconnected from reality.

“What is the state doing in the face of a party leader who, by his decisions, is keeping the whole country on a leash?” the bishop asked.

The tone of the legislature’s leader is just as firm. Berri’s close associates, including MP and former minister Ali Hassan Khalil, are directly involved in the talks with Bassil and have put everything into the negotiations.

In a virulent tweet on Friday, Khalil accused Bassil of engaging in “populist [approaches] to cover up his failure,” especially in the electricity and energy sectors.

Ali Khreis, another Amal Movement MP, made scathing comments, decrying the “rigid positions of some” as the country crumbles, a jab at Bassil.

“Nabih Berri has requested additional time, but his patience has limits. Some truths need to be revealed,” Khreis said.

While the Parliament speaker intends to continue his mediation efforts in the hope of achieving some sort of breakthrough in the political paralysis, the fact remains that a Plan B is being considered in case Berri’s endeavors come to a complete standstill.

“An exit strategy” would then be concocted to spare Hariri as much as possible the repercussions of resignation, a source close to Berri told L’Orient-Le Jour without much elaboration.

In this case, the most plausible scenario would be a government responsible for the preparation of the legislative elections slated for May 2022.

Such a government would be headed by a Sunni figure supported by Dar al-Fatwa and former Sunni prime ministers, including Hariri — something that was denied by a source familiar with the recent Dar al-Fatwa meeting.

“Even if this was the case, how would that be a game changer?” the source said, alluding to the battle over the premier-designate’s prerogatives.

Parliament Speaker Nabih Berri, who is expected to meet soon with Prime Minister-designate Saad Hariri, will try to save his initiative as the political paralysis persists amid conflicting reports about Hariri’s possible resignation — an option that the premier-designate is no longer ruling out.Hariri told Asharq al-Awsat that “all options are on the table,” but he won’t be making any...