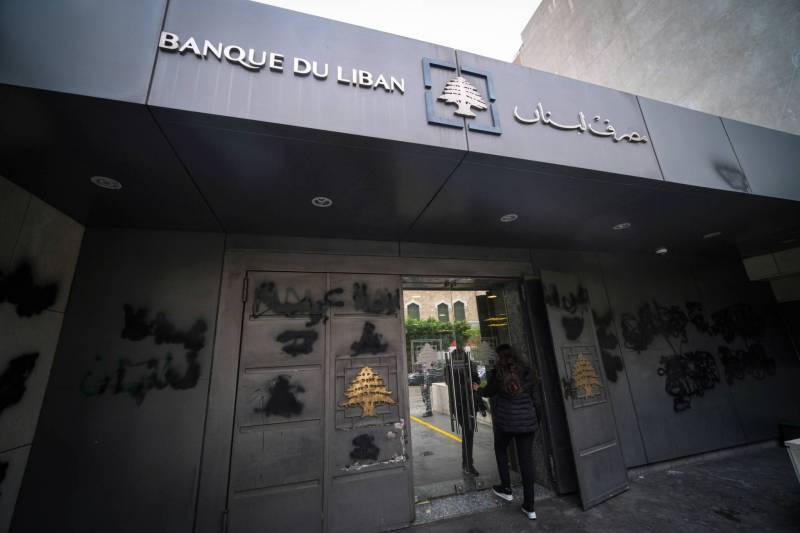 BDL estimates that its latest decision would see the total value of some 800,000 accounts — about 70 percent of depositors’ accounts — paid out in full, the central bank’s press office said. (Credit: João Sousa/L’Orient Today)

BEIRUT — Banque du Liban’s governing council has announced it will reduce its mandatory foreign currency reserves by 1 percent and start repaying foreign currency deposits made before Oct. 17, 2019 in “fresh dollars.”

Banque du Liban foreign currency reserves are now valued at about $15 billion, a source familiar with the matter told L’Orient Today on condition of anonymity.

The 1 percent drop would release about $1 billion dollars, which could be used to cover imports of subsidized essentials, such as wheat, fuel and medicine.

The plan aims to enable commercial bank depositors to withdraw up to $400 in foreign currency monthly as well as its “equivalent in lira” at the rate set by Sayrafa, BDL’s currency exchange platform.

Sayrafa is presently supplying dollars to a limited selection of commercial banks’ customers at an exchange rate of LL12,000, but it remains unclear what rate it will use as part of this repayment plan. Since April 2020, most banks’ customers have only been able to access their dollar deposits in lira at an exchange rate of up to LL3,900 for the first $5,000 withdrawn per month and at LL1,500 thereafter.

BDL estimates that its latest decision would see the total value of some 800,000 accounts — about 70 percent of depositors’ accounts — paid out in full, the central bank’s press office said.

The central bank’s press release stated that commercial banks will pay the first year’s withdrawable amounts using funds available in their correspondent banks abroad, which BDL estimates at between $1 billion and $1.2 billion.

However, BDL made no mention of commercial banks’ liabilities to the foreign correspondent banks. Salim Sfeir, chairman of both Bank of Beirut and the Association of Banks in Lebanon, has previously highlighted that Lebanese banks collectively have a $1.7 billion negative position abroad, which means they are short on dollars and therefore cannot pay using their own money placed abroad.

In a letter addressed to BDL yesterday, ABL said that commercial banks are unable to pay $400 per month to each depositor and that cash withdrawals can only be funded using BDL’s mandatory reserves.

In its press release, BDL also suggested that commercial banks could repay their depositors using money they were supposed to have recouped from abroad by February.

In August, BDL issued circular 154, which ordered banks to recapitalize and recoup funds transferred abroad. Banks were given a February deadline to recoup 3 percent of the total foreign currency deposits registered in their books. The goal of the circular was to “reactivate the work of banks operating in Lebanon and facilitate foreign operations that stimulate the national economy.”

The August circular requested that commercial banks “urge” customers who had transferred more than $500,000 abroad between July 2017 and August 2020 to bring back 15 percent of the value of their transfers and deposit it in a five-year-term “special account.” Banks’ shareholders, directors and politically exposed persons were urged to repatriate 30 percent rather than 15 percent.

A successful repatriation would have returned about $3.7 billion to commercial banks. However, August’s circular also specifies that banks must return these funds to their original depositors within five years.

The plan announced today will have no impact on “fresh dollar” accounts, BDL said, meaning account holders who transfer dollars from abroad to Lebanese bank accounts will continue to be able to withdraw those funds in dollars.

BDL said its decision would increase the quantity of cash lira in the market by between LL26 trillion and LL27 trillion.

The amount of lira in circulation is currently more than six times higher than in summer 2019, when the lira started deviating from the official peg of LL1,507.5 to the dollar. The quantity of lira outside BDL’s vault stands at about LL39.9 trillion, according to BDL’s latest interim balance sheet.

BDL had previously said that from June 30 it would begin repaying up to $25,000 in foreign currency on deposits made before the Oct. 17 uprising.

BDL will issue a circular with more details regarding the repayment of dollar deposits, its press office said on Friday without disclosing when the circular would be published.