Although Iran’s policy is not comparable to any other world power’s, it does not make the land of the cedars an Iranian province. 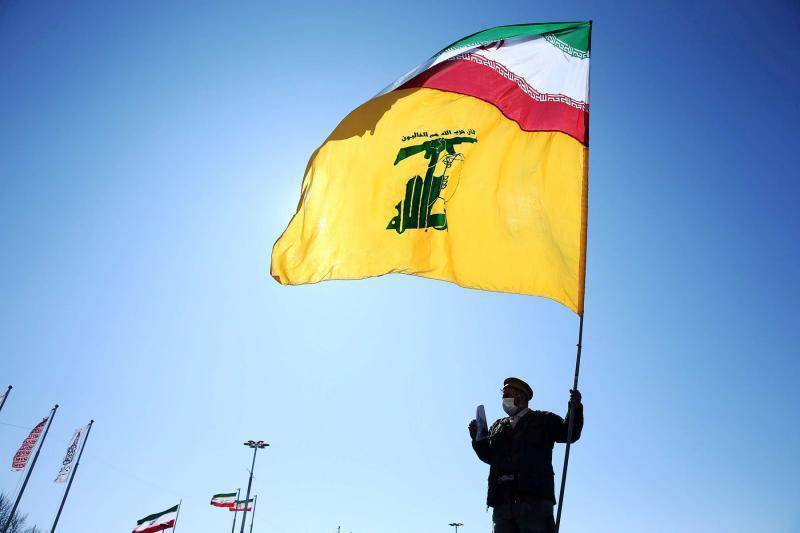 A militant waves the Hezbollah and the Iranian flags. (Credit: AFP)

While some perceive Lebanon to have become the Persian-Islamic empire’s 32nd province and sold its soul to Lucifer, others suggest that Tehran has merely stepped onto the scene of a debate in the Middle East that is as old as the 19th century, and celebrate an emancipation from American imperialism.

Iran’s influence in the land of the cedars is a hotly debated issue, one igniting all around one-upmanship. It gives way to dialogs of the deaf and feeds the fantasies of each camp — three of which can be identified.

First is Hezbollah and, more generally, the self-proclaimed “axis of resistance.” Hezbollah perceives Iran as not only a friend but also a true and inspiring model. Such discourse has the merit of being honest to a certain extent.

The Shiite party maintains privileged ties with the Islamic Republic, while emphasizing its Lebanese identity according to its own self-interest. At least officially, it has renounced the idea of turning Lebanon into an Islamic republic, but it does everything possible to keep the country in the Iranian orbit.

Hezbollah Secretary-General Hassan Nasrallah called on Beirut to “shift further to the East,” feigning ignorance that little public support exists for this idea, including among his closest allies — and turning a blind eye to the fact that Tehran does not have much to offer the land of the cedars, other than an ideological-mystical discourse.

The second camp is diverse and has a widely adopted discourse — embraced by Hezbollah’s allies, intellectuals and a segment of the Oct. 17 uprising. This camp espouses the idea that Iranian influence should not be singled out from the other powers’ game, considering Lebanon to be doomed to being an arena for international powers to settle scores. So, why blame Iran and not everyone else? Well, simply because no one else has done it this way.

It goes without question that the land of the cedars has been a battlefield for competitive geopolitical projects since the 19th century, although its important role in the international arena and even on the regional stage should not be blown out of proportion. Needless to say, the United States, France, Saudi Arabia and Turkey have their own interests here, and every one of them does everything in its power to defend them. However, these powers’ policies primarily pass through institutional channels and often bank on a tit-for-tat logic.

For instance, in exchange for the assistance Washington provides to the Lebanese Army, it expects the military to be as cooperative as possible on highly sensitive matters.

The Iranian logic is totally different. In every country in which Iran meddles, it forms a Shiite militia modeled on the Islamic Revolutionary Guard Corps for the purpose of building a parallel state and getting its hands on official institutions little by little.

Hezbollah’s relations with Iran are also unmatched by any relation that any other party could have with a foreign power. It is not about mere financial dependence or political alignment. Rather, it is an organic connection that some observers do not want to admit, although Hezbollah is totally comfortable with this.

“The pillar of our strength, growth, struggle and martyrdom is the ‘vilayet e-faqih’ — Hezbollah’s spinal cord,” said Nasrallah, who perceives Iran’s supreme leader as the ultimate authority for both political and religious matters.

He is the one who decides on peace and war, as well as on the party joining the Lebanese political scene. While it is indisputable that he has the final call on all strategic dossiers, his influence on everyday matters, as well as Hezbollah’s margin of autonomy, remains an enigma that even Western analysts and diplomats do not understand.

The third camp is the one that sees an Iranian involvement in every detail and that views Iran as behind every microevent that stirs and splits Lebanon. It perceives the “Iranian occupation” as the primary reason behind the country’s collapse, and everything else as trivial.

This camp, which largely consists of the March 14 coalition’s supporters, is inclined to exaggerate the reality of an “Iranization” of Lebanon.

How can the topic of occupation, for example, be raised in a country that previously experienced two real ones, and subsequently should be able to tell the difference? Where are the Iranian checkpoints? Where are the Iranian soldiers who take some mischievous delight in humiliating and terrorizing the people? Where are the intelligence services that control the movement of all of the country’s public officials and take a bribe for every transaction?

This theory’s proponents could argue that Hezbollah’s militiamen assume this role in service of Iran. Yet, is it really an occupation in this case — an occupation by Lebanese, even though indoctrinated by the Islamic Republic, of other Lebanese? Even if we recognize this theory as viable, “the axis of resistance” is far from occupying the entire country, as long as a few intransigents still and will always resist the invader.

For instance, Iran’s influence is beyond comparison with that of Syria under the occupation.

Damascus had a project for Lebanon; it pursued a policy of alliances with each community and controlled all the country’s institutions. Most important, it managed to establish a Pax Syriana that both the international and the Arab communities consented to.

None of the above applies to Tehran, although it seeks, through Hezbollah and its alliances with the Amal Movement and the Free Patriotic Movement, to paralyze the state, if it is unable to steer the country’s wheels — too much, yet not enough to turn Lebanon into an Iranian province.

While some perceive Lebanon to have become the Persian-Islamic empire’s 32nd province and sold its soul to Lucifer, others suggest that Tehran has merely stepped onto the scene of a debate in the Middle East that is as old as the 19th century, and celebrate an emancipation from American imperialism.Iran’s influence in the land of the cedars is a hotly debated issue, one igniting all around...