BDL rescinds the suspension of a decision permitting US dollar deposit withdrawals at LL3,900 rate 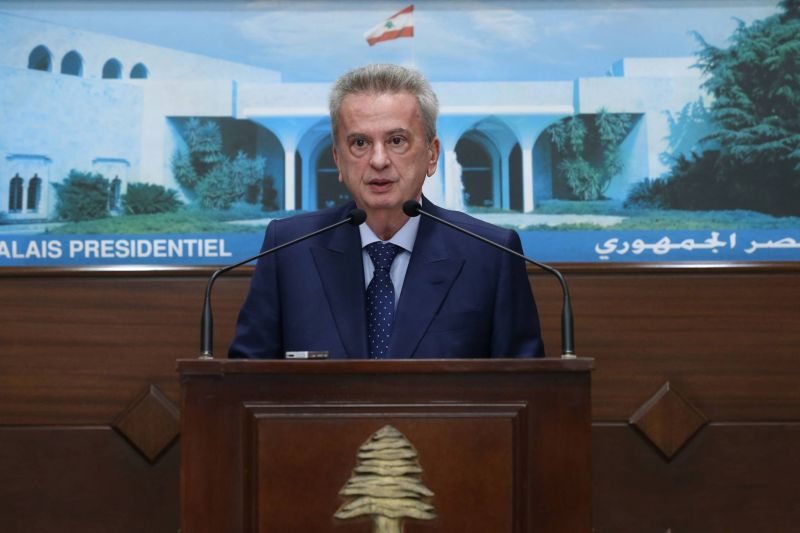 BEIRUT — Depositors can continue to withdraw from their so-called local dollar, or “lollar,” accounts at a rate of LL3,900 to the greenback, Banque du Liban Governor Riad Salameh said on Thursday.

The statement reverses an announcement from Wednesday that customers would have to withdraw from their accounts at the official rate of about LL1,500 to $1 — an effective haircut of 88 percent on their initial deposits, as the lira is currently trading at about LL13,000 to the greenback on the parallel exchange market.

At the heart of BDL’s erratic policy is a provisional decision on Monday by the State Shura Council, Lebanon’s highest administrative court, that said deposits in dollar accounts should be reimbursed to their account holders in dollars. Until a final ruling is made, the council suspended BDL Circular 151, which allowed commercial banks to pay out dollar deposits at the lollar exchange rate, calling it unlawful.

With banks almost certainly unable to reimburse dollar deposits amid Lebanon’s economic crisis, the circular’s suspension means banks would pay out accounts at the official exchange rate, at least in the interim term.

Following BDL’s announcement on Wednesday, queues formed outside banks as depositors rushed to withdraw their money and demonstrators blocked several roads, including the symbolic Ring Bridge in Beirut, which was a focal point of the October 2019 uprising.

Speaking from the Presidential Palace after meeting with President Michel Aoun and Judge Fadi Elias, the council’s head, Salameh said the central bank had not received an official copy of the decision to suspend the circular and that it would therefore remain in force.

Nizar Saghieh, a lawyer and head of NGO the Legal Agenda, said Salameh’s argument that BDL wasn’t formally notified of the suspension of the circular was “ridiculous.”

“They were not only notified, but they consented to it and executed the decision” on Wednesday night, he said.

The governor also said the bank had called for a review of the council’s decision, submitting “additional information” not originally included in the case, without providing further details.

He added that Wednesday’s announcement had not been an official circular, but rather an effort by BDL to comply with the stay ordered by the State Shura Council — albeit not officially. He also claimed that Elias had said the council’s decision does not need to be implemented immediately and that filing an appeal “would give [BDL] time.”

Despite Salameh’s proclamation from Baabda, the State Shura Council’s preliminary decision is still effective, Saghieh said. “Even Judge Elias cannot change the decision himself — it was issued by a court of law.”

According to Salameh, the president himself called for Thursday’s meeting between the BDL chief and the senior judge following the fallout from the circular’s suspension the night before, in order “to resolve the issue of the [lira] exchange rate.”

Saghieh described the meeting at the Presidential Palace and subsequent U-turn on Circular 151 as a “total violation of the separation of power and independence of the judiciary.”

“What happened today is unbelievable. We have always known that the independence of the judiciary is not respected, but now there is no longer even the appearance that it is.”

As Lebanon is experiencing its worst economic crisis in decades, including a foreign currency crunch, commercial banks have since 2019 imposed informal capital controls that have prevented customers from withdrawing dollars deposited before April 2020 in dollars, instead making them take out the money in the local currency.

But as the lira’s value has plummeted, BDL Circular 151 enabled depositors to access savings at the lollar rate of 3,900 to the greenback rather than the official rate of about LL1,500, slightly reining in the effective haircut on deposits.

Earlier in the day, before Salameh’s speech, a few dozen people gathered outside the Beirut Justice Palace to protest the removal of the LL3,900 rate for withdrawing foreign currency and call for banks to pay out their deposits in dollars.

“Our demands are simple: let us withdraw our well-deserved dollars in their original currency without having to exchange them for lira,” one protester, who gave his name as Sami, told L’Orient Today. “Depositors were not happy with the LL3,900 exchange rate to begin with, so never mind decreasing the rate to LL1,515.”

Graphic designer Nadim Jaber was also protesting in front of the Justice Palace earlier in the day. Speaking with L’Orient Today after learning of Salameh’s announcement, he said he was “not going to applaud BDL for … Circular 151.”

“The decision they took to allow depositors to withdraw their dollars in lira without their consent is altogether frowned upon,” he continued. “If they are truly working for the public good they’d allow us to withdraw our dollars.”

BEIRUT — Depositors can continue to withdraw from their so-called local dollar, or “lollar,” accounts at a rate of LL3,900 to the greenback, Banque du Liban Governor Riad Salameh said on Thursday.The statement reverses an announcement from Wednesday that customers would have to withdraw from their accounts at the official rate of about LL1,500 to $1 — an effective haircut of 88 percent...