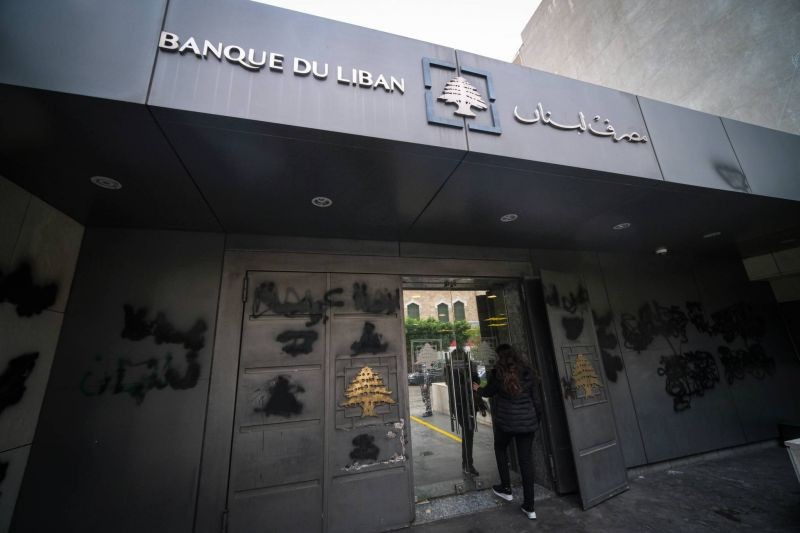 BEIRUT — Banque du Liban on Tuesday unveiled Sayrafa, a new currency exchange platform that will aim to establish an official parallel exchange rate between the lira and foreign currencies.

BDL’s rollout of the online application Sayrafa also further restricts who is qualified to purchase dollars from financial institutions, according to two sources who attended a training session on the application that was held in Beirut for bankers and exchangers.

However, BDL has not specified the rate at which changers will be allowed to sell dollars or even the application’s launch date, said the sources, who spoke with L’Orient Today on condition of anonymity, citing privacy and business concerns.

According to the sources, the platform will regulate all cash transactions at banks and licensed money changers, with hard currency being sold at a rate specified by the central bank on Sayrafa.

The platform, the sources said, will not affect depositors at commercial banks, who will continue withdrawing dollar deposits made before April 9, 2020, at a maximum bank rate of LL3,900 to the greenback. Holders of so-called fresh dollar accounts will be able to access deposits made in their account after that date in cash, the sources added.

They also indicated that the new platform will seek to more tightly regulate exchange transactions, saying that each morning, money exchangers will be required to report their in-house cash balances to the central bank via Sayrafa. They added that when customers purchase dollars with lira, the changer must input clients’ information, including addresses, telephone numbers and copies of their IDs.

Not everyone will be qualified to buy foreign currencies. The sources said that only employers of foreign domestic workers and importers of basic necessities, such as foodstuffs, will be able to purchase dollars from exchangers and banks.

Importers will be required to provide their corporate documents, including a commercial record, Finance Ministry registration, the company owner’s ID, invoices for the requested dollars and a receipt of a former bank transfer for imports, they said.

But when asked during the training where the exchangers will obtain their dollars — a rarity in Lebanon, where foreign currency reserves have plummeted to $15.8 billion as of the start of April — the BDL trainer did not answer, the sources said.

According to the same sources, the training also did not specify whether or how often the designated exchange rate would change.

Furthermore, the list of permissible transactions outlined during Tuesday’s training session does not leave room for residents and retailers that do not import to obtain dollars.

Experts have warned that preventing the vast majority of residents from accessing foreign currency — which is needed for a range of imports such as electronics, equipment, machinery, as well as tuition payments for Lebanese students abroad — will force them to continue searching for dollar sellers on other online applications or through money exchangers who do not adhere to central bank regulations.

The experts said BDL should opt for a transparent, fair and regulated exchange market that includes all market participants.

When asked for clarifications about how Sayrafa will operate, including its launch date and the exchange rate it will set, a BDL spokesperson declined to comment. The head of the money changers’ syndicate could not be reached for immediate comment.

The new exchange platform is BDL’s most recent attempt to rein in fluctuations in the lira’s value on the parallel market, which dropped as low as LL15,300 to the dollar in March. This amounts to a 90 percent drop in value since the lira began diverging from the official peg of LL1,507.5 to the dollar during the second half of 2019. The lira is currently trading at about LL12,000.

Sayrafa was first announced by President Michel Aoun’s office on March 19. A previous iteration of the application has been available for licensed exchangers since June, setting an exchange rate of $1 to LL3,850 for sellers of cash dollars and LL3,900 for buyers. However, licensed exchange shops that used Sayrafa’s fixed rate lost their market share to “illegal” money changers that purchase the dollar at more than triple that price.

But rather than stabilizing the lira parallel market value, BDL’s latest move seems poised to result in four exchange rates: the official LL1,507.5 peg to the dollar, the bank rate of LL3,900, Sayrafa’s rate, and the parallel exchange rate at which those who do not qualify for Sayrafa may have to procure dollars.

“The platform will not positively influence the exchange rate. It may even have an adverse effect, where BDL might price the dollar at LL10,000, while the illegal market will drain dollar liquidity by raising the dollar price,” one of the sources who attended Tuesday’s training told L’Orient Today.

BEIRUT — Banque du Liban on Tuesday unveiled Sayrafa, a new currency exchange platform that will aim to establish an official parallel exchange rate between the lira and foreign currencies.BDL’s rollout of the online application Sayrafa also further restricts who is qualified to purchase dollars from financial institutions, according to two sources who attended a training session on the...