Food poisoning, thousands of dead fish and damaged crops. The cause: pollution of the river. 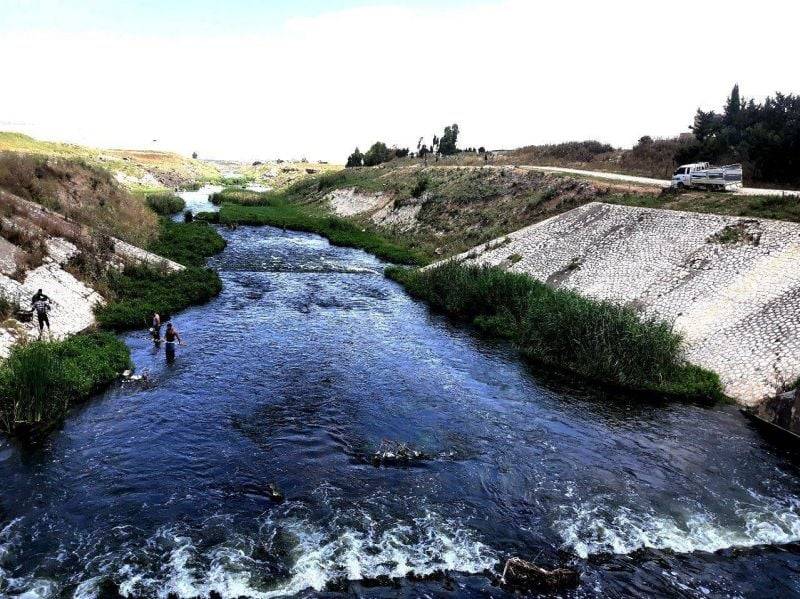 Was it a deal too good to be true? Last summer, the price of fish fell suddenly in the markets of Jisr al-Shughour, in Syria’s Idlib governorate. In the area, where Turkish currency is in circulation, one kilogram of fish fell to a quarter of its usual price, from 40 to 10 Turkish lira.

But there was something fishy. Nine cases of food poisoning were reported. The explanation came later: the fish had died due to contamination of the Orontes River and were sold illegally.

The river’s source is in the Bekaa Valley, in Lebanon. Forming part of this valley, it then flows northeastward into Syria, passing through Homs, Hama and Jisr al-Shughour. It finally enters the Mediterranean Sea from Antioch, Turkey. Its name, Nahr al-Assi (“the Disobedient” in Arabic), flows northwards, whereas the other rivers in the region all flow from north to south.

On its way, the Orontes passes from an area controlled by the Syrian regime to an area run by the opposition, around Jisr al-Shughour, in Idlib governorate. This gives the government in Damascus the opportunity to control the largest opposition-held body of water in the northwest of the country. 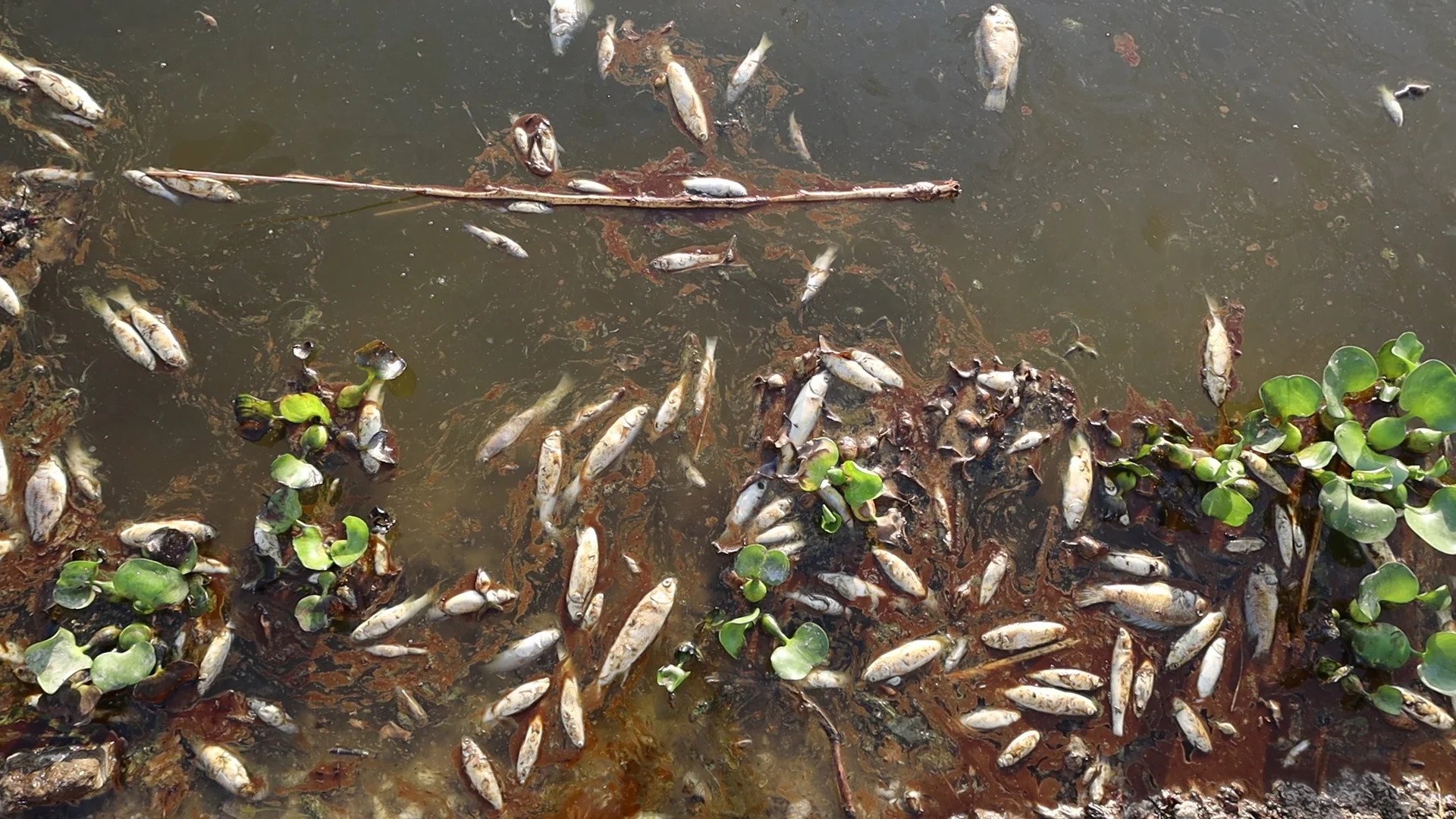 Upstream, in the fertile Ghab plain, nestled between Qastun and al-Qarqur — the last village in the opposition-controlled Hama governorate — residents noticed this past summer that the color of the water had darkened. Already contaminated due to sewage pouring into the river, the water turned dark green and gave off a nauseating smell, making it impossible to swim.

The cause: a high level of pollution that led to the deaths of a large number of fish floating on the surface.

The suspected origin of the pollution is a sugar factory that the regime opened in Tal Salhab last August, which, according to local opposition officials, allegedly discharges its toxic waste into the Orontes.

This practice has affected not only the aquatic life of the river, but also the crops that depend on it for their irrigation, including corn and others. The damage has reportedly hit corn production especially hard, with damage also to eggplant, peppers, cowpeas and beans.

“High concentrations of chemicals such as chlorine and sulfur” were found in samples of river water, surrounding plants and dead fish, said Dr. Abd al-Hay al-Youssef, head of the Department of Health and Animal Resources in Idlib.

“The main and only [side] responsible for polluting the waters of the Orontes is the Syrian regime, which dumped the waste from the sugar factory into the river,” he said. He recalled that corruption in government institutions has led to other “disasters,” as in 2021 when an oil tank at the Baniyas thermal power plant cracked, causing an oil slick covering a sea area of nearly 120 square kilometers. But as for the pollution of the Orontes, Youssef is convinced that the pollution is deliberate. 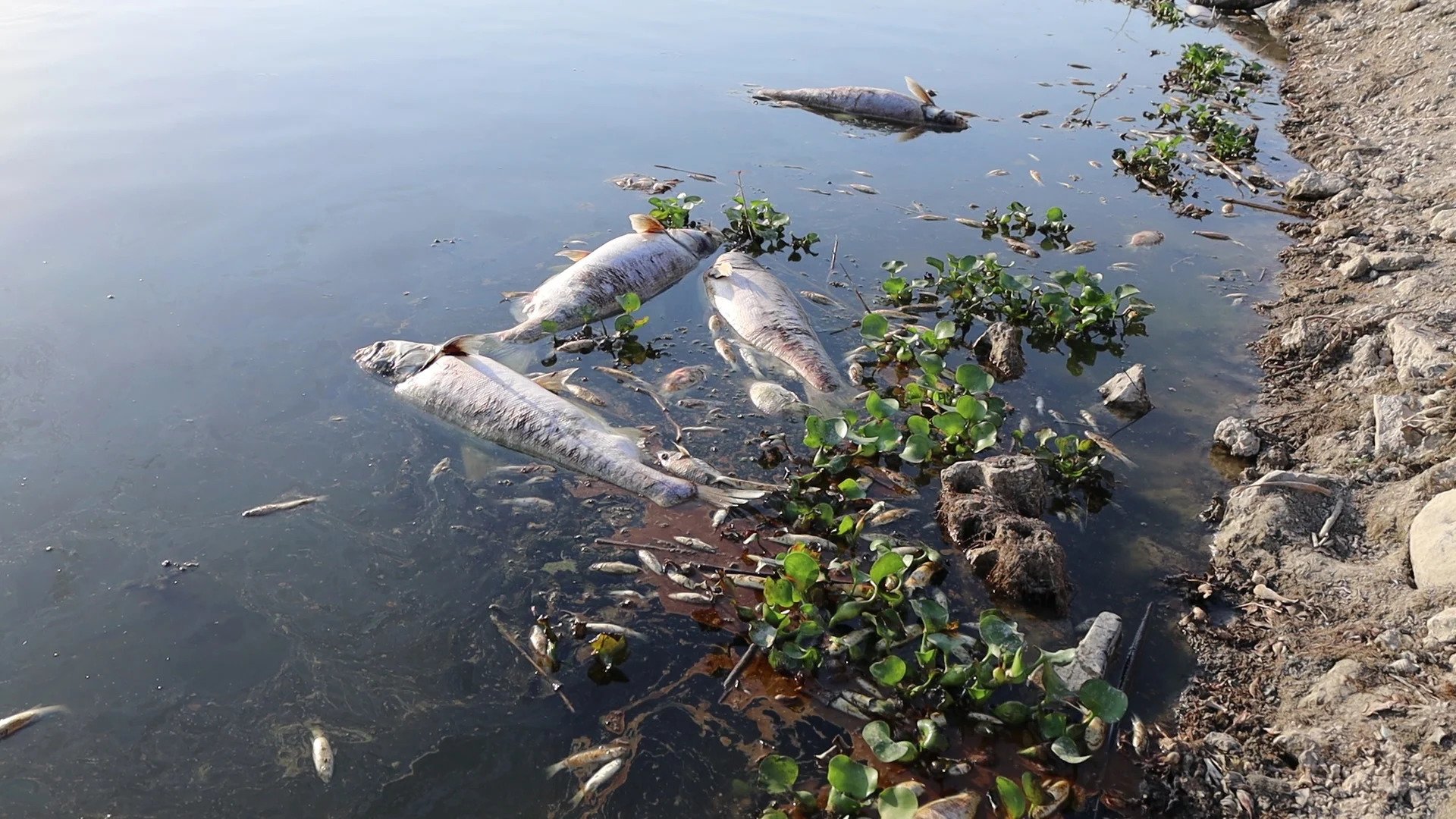 Collateral victim: The cycle of life

Rifaat Taha Kaeed, 35, has been a fisherman in Jisr al-Shughour for 10 years. While he manages to catch an average of 50 kilos of fish by working 10 to 12 hours a day, the catch is unpredictable, varying from 20 to 200 kilos.

“It is a very tiring process, and we have been very impacted by the pollution of the river,” Kaeed said. “Tens of thousands of fish have died.”

Paradoxically, it is to save his livelihood that this resident of Jisr al-Shughur said he had to open the gates of the Qarqur dam, despite the pollution linked to the sugar factory, in order to release stagnant water and increase the oxygen level in the water. This is because the government had previously opened the al-Asharinah dam, which is under its control, because of the water pressure.

According to Moussa al-Bakr, a local agricultural engineer, the river’s intrinsic flow and renewal of water protect aquatic life from the long-term effects of pollution. But this is not the case for the damage caused by irrigation of agricultural land.

“The concentration of toxic substances from sugar material residues in the river and their penetration into the soil negatively affects the life cycle,” he said. When these substances settle in the soil, they are automatically absorbed by the plants and trees used for animal feed and human food. This will create a long-term accumulation of these toxins.

The problem has wiped out a large part of the year’s harvest. Ahmed Kaddour was patiently waiting to harvest his 50 dunums (about 12 acres) of land in the fall.

Instead, the 32-year-old farmer had to deal with fungal diseases on many of his crops, and logistical disruptions related to the pollution of the river.

“Because the water turned into a kind of slimy mud, disrupting the water extraction filters irrigating the land, some agricultural areas suffered a drought,” Kaddour said. “To irrigate what I could salvage from my crops, I had to dig a 50-meter deep well, which cost me a lot of money.”

The Orontes, once a traditional source of income, has become a headache for farmers and fishermen located downstream from the sugar factory.

“Even passers-by can smell the bad odor emanating from the river from more than a kilometer away,” said a resident of Jisr al-Shughour.

Was it a deal too good to be true? Last summer, the price of fish fell suddenly in the markets of Jisr al-Shughour, in Syria’s Idlib governorate. In the area, where Turkish currency is in circulation, one kilogram of fish fell to a quarter of its usual price, from 40 to 10 Turkish lira. But there was something fishy. Nine cases of food poisoning were reported. The explanation came later: the...