The Lebanese delegation discussed in Tehran a project to provide 600,000 tons of free fuel oil to Electricité du Liban 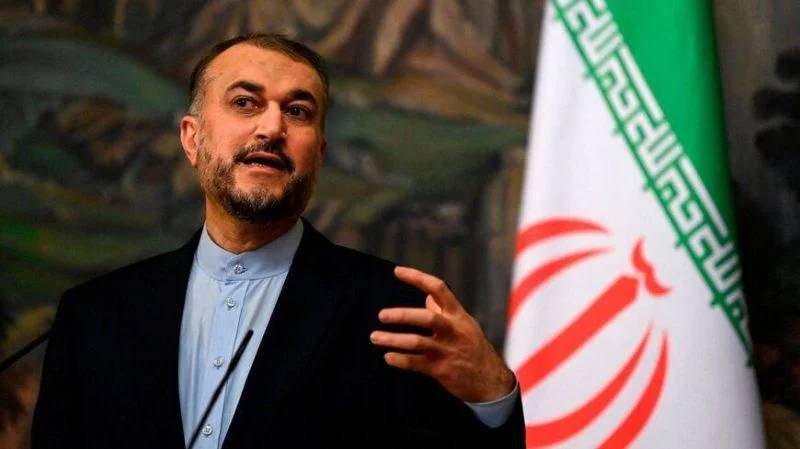 Is this a trick or a concrete initiative for a Lebanon still in crisis? Deprived of fuel oil and the means to buy it, Electricité du Liban (EDL) could soon be supplied — free of charge — by the Islamic Republic of Iran, a supporter of Hezbollah and a country sanctioned by the United States. Although not yet set in stone, this scenario has nevertheless taken shape during a visit to Tehran by a Lebanese delegation including the Director of Oil at the Ministry of Energy and Water, Aurore Feghali, and the Director of Production of EDL Bechara Attieh.

In parallel, Iranian Foreign Minister Hossein Amir Abdollahian confirmed yesterday to his Lebanese counterpart Abdallah Bou Habib that his country will provide fuel to Lebanon, during a meeting in New York on the sidelines of the 77th UN General Assembly. On Monday evening, the Iranian embassy in Beirut announced that "Iranian ships loaded with fuel will be ready to sail to Lebanon in one or two weeks and will arrive in the port chosen" by Lebanon.

Having arrived to Iran on Saturday and returning today, the Lebanese delegation would bring in a project to donate 600,000 tons of fuel oil for the country's power plants. The deliveries will be spread over five months, around 120,000 tons per month, according to information provided by a ministerial source. "The technical aspects have been finalized," said the source, indicating that the "political" dimension of the issue must now be addressed.

The fuel will be untreated, according to an expert in energy policies of the Issam Fares Institute, Marc Ayoub. This implies that it will probably not be directly consumed by EDL's power plants, which use grade A and grade B fuel oil, or gas oil. The above-mentioned ministerial source did not rule out the possibility that the quantities delivered under the grant could be exchanged via a mechanism similar to the one linking Lebanon to Iraq since July 2021, and with terms that are accommodating to Lebanon.

Eight to ten hours of power

This means that the Iranian fuel delivered each month could be exchanged for compatible fuel oil supplied to EDL by a third party. Quantities will certainly vary depending on world crude prices.

By way of comparison, Lebanon, for example, has exchanged through the Iraqi deal nearly 815,000 tons of Baghdad-supplied fuel — out of a planned one million tons over 12 months — for half a million tons of compatible fuel oil for EDL's plants supplied by third-party companies from September 2021 to July 2022.

According to Ayoub, if the Iranian deliveries — provided they materialize — coincide with a resumption of Iraqi fuel supplies to Lebanon at the same rate as in the first year of implementation, EDL could be able to provide between eight and 10 hours of power per day, compared to the current average of less than two hours, in the best-case scenario. This would also improve the supply of the country's infrastructure (water and telecoms supply, ports and airport).

But this requires the donation to be accepted by Lebanon. According to Paul Morcos, director of the law firm Justicia, a donation made to the Lebanese state by another state must be approved by the Council of Ministers, but it does not have to be put to a vote in Parliament.

"If the government resigns, it can nevertheless meet in a very exceptional way in case of extremely urgent reasons justifying it. In this case, the problems with the supply of fuel oil to EDL [which has not been delivered since August and has only meager reserves left] may meet this qualification," explains Paul Morcos.

However, he stresses two important points.

"First of all, it is necessary to ensure that it is a gift and that there is no hidden consideration," says the lawyer. "The authorities must also be careful not to expose Lebanon to existing US sanctions by accepting this donation," he adds, calling for a check on the risks posed by the US presidential decree of Nov. 13, 2018, that is, under the mandate of former US President Donald Trump.

This text opens the possibility for Washington to impose several sanctions on entities that "acquire" Iranian petroleum products without, however, clearly addressing the case of a gift.

When contacted, the US Embassy in Lebanon did not comment on this point.

EDL does not have the means to finance its own fuel oil purchases, given that its tariffs have been frozen since 1994 by the authorities on the basis of a barrel at $23 and that the state has gradually reduced advances from the Treasury to zero, that it had been paying to EDL since the beginning of the crisis in 2019. As a result, the Lebanese are living at the mercy of the owners of private generators who charge them a high price, pricing them between 50 and 60 cents per kilowatt hour (KWh), compared to less than one cent per KWh from EDL.

Sector reform is one of the major projects to be undertaken by Lebanon. A reform plan was approved by the government of caretaker Prime Minister Najib Mikati in the spring, before his resignation in the wake of the May legislative elections, but it has not been followed up, except for the consensus among the ruling class that an increase in production will necessarily be accompanied by an increase in tariffs. In this case, EDL will charge 10 cents per KWh for the first 100 KWh consumed each month, and 27 cents per KWh for each unit above that threshold.

While the agreement with Iraq was renewed this summer, the final delivery to EDL expected in August is still pending, if it is to take place at all. This is currently the only source of fuel for the state-owned supplier.

Finally, there is still no news on the implementation of the US initiative to urgently increase electricity production in Lebanon by importing power from Jordan and gas from Egypt, both through Syria. At the end of July, the US ambassador to Lebanon, Dorothy Shea, had explained to L'Orient-Le Jour that the World Bank was waiting for the Lebanese authorities to adjust EDL's tariffs and to form the Regulatory Authority [which has been under discussion for 20 years] before agreeing to provide the necessary funding. The US will then have to adjust the sanctions imposed by the Caesar Act on the Syrian regime and those who do business with it.

It remains to be seen how the US will react to discussions between Lebanon and Iran about a potential fuel donation.

Is this a trick or a concrete initiative for a Lebanon still in crisis? Deprived of fuel oil and the means to buy it, Electricité du Liban (EDL) could soon be supplied — free of charge — by the Islamic Republic of Iran, a supporter of Hezbollah and a country sanctioned by the United States. Although not yet set in stone, this scenario has nevertheless taken shape during a visit to Tehran by...