Having its back to the wall on the eve of a possible signing, Israel is trying everything with Washington to obtain some last-minute consolation prizes 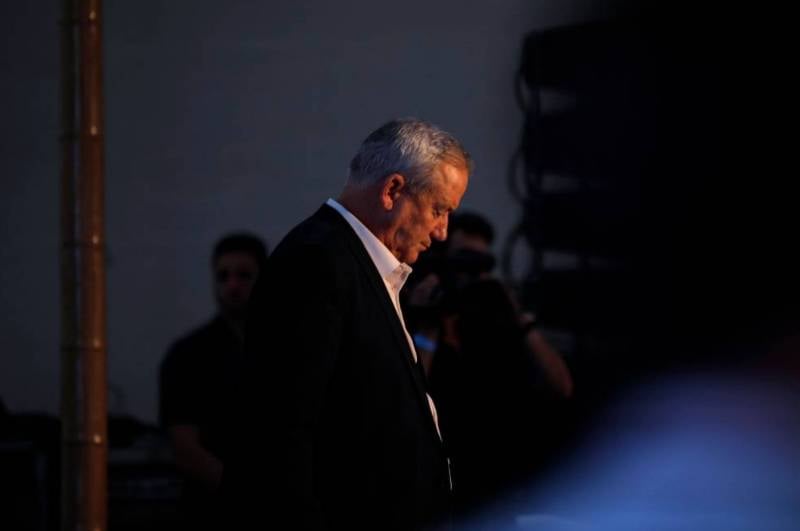 What if it was renewed this time? A wave of panic swept through Israeli security circles a few weeks ago as a new reality, which they deem unwelcomed, began to emerge. After 15 long months of waiting following the start of the negotiations in April 2021, optimism was finally back in Vienna. For the first time, a new Iranian nuclear deal seemed possible.

In Tel Aviv, on the other hand, the rescue operation to revive the 2015 JCPOA (Joint Comprehensive Plan of Action), after Washington’s unilateral withdrawal in May 2018, has a bitter aftertaste.

The prospect of a deal became a reality in early August with the resumption of talks after they stalled for five months. On Aug. 8, after several days of discussions, the European Union announced that it had “submitted a final draft” to be examined by Washington, as well as Tehran that will give its verdict soon after receiving the US response on Aug. 23.

“We are closer now than we were even just a couple of weeks ago because Iran made the decision to make some concessions,” said White House national security spokesman John Kirby on Aug. 24.

At the same time, concern is growing in Israel. “With its own nuclear deterrent, Israel is less concerned about Iran threatening Israel with nuclear weapons than about the increased regional influence a nuclear weapon would give Iran,” said Dalia Dassa Kaye, a Middle East specialist at the Rand Corporation, in reference to the funds that would be released if sanctions were lifted.

In Israel, political and security circles are stepping up efforts and making their case in what looks like a last-minute attempt to influence the outcome of the negotiations. Diplomatic channels have been mobilized through the visit of Benny Gantz to Washington on Aug. 25, and his national security advisor Eyal Hulata — who will be followed by Mossad Chief David Barnea next week.

The internal attempts to form a common front even extended to the opposition leader. On Aug. 29, Benjamin Netanyahu met with Yair Lapid — his rival for the next elections scheduled for November — for a rare security briefing. “In terms of national security, there is no opposition or coalition,” the prime minister said.

The sacred union that emerged from one end of the political class to the other sometimes hides more nuanced positions and more complex internal debates. The general atmosphere, however, remains alarmist. In the local media, the Mossad chief is accused of “tantrums” and an atmosphere of “hysteria,” wrote journalist Alon Pinkas in Haaretz.

From Prime Minister Lapid to Defense Minister Gantz and Mossad Chief Barnea, the leaders are repeatedly issuing warnings against the dangers of a new deal.

Lapid denounced on Aug. 24 that “a bad deal” would give Iran “a hundred billion dollars a year that will be used to destabilize the Middle East and spread terror throughout the world.”

Barnea spoke of a “strategic disaster” for Israel, which has already “begun preparations for a military strike against Iran.”

While Tel Aviv and Tehran have been waging a shadow war for several years, Israel has recently increased attacks against Iranian interests in Syria and on Iranian soil, through a series of assassinations targeting members of the Islamic Revolutionary Guard Corps.

By threatening a military escalation, Israel is now sending a clear signal that even if the talks succeed, Tel Aviv will not be bound by the new deal. “Assassinations and sabotage largely stopped after the first nuclear deal, but it’s not clear we’ll see a suspension this time around,” Kaye said.

The security fallout could be even greater in the event of a diplomatic setback. “If the talks fail and no agreement is reached, Israel will find it easier to legitimize its covert operations. In this scenario … a major military conflict is a distinct possibility,” said Ali Alfoneh, a researcher at the Arab Gulf States Institute.

Despite the threats and blunt statements — the defense minister said, “We will do everything we can to influence the agreement” — observers believe that Israel is seeking above all to limit the damage caused by a deal that is presented as almost imminent.

“At this late stage it serves the purpose of securing Israel security guarantees from the United States, rather than to express Israel's opposition to the nuclear deal in its entirety,” said Alfoneh.

US President Joe Biden reiterated on Wednesday by phone his support for the Israeli prime minister, repeating the terms of the Jerusalem declaration signed in mid-July which already commits him to “never let Iran acquire nuclear weapons.”

Israel has in fact been preparing for the possibility of a new deal since the arrival of Biden in the White House in January 2021. The latter was clear about his intentions since the onset: he seeks to smooth out the edges with Tehran in order to focus his foreign policy on issues deemed more pressing, such as the Russian or Chinese threats.

“The present US Biden administration is both pragmatic and diplomatic. Rather than let Russian influence expand, the US has now sought to actively re-engage with the region,” said Paul Dorfman, a nuclear policy specialist and professor at the University of Sussex. The objective is to negotiate a resumption of the Iranian enrichment program monitoring in exchange for lifting economic sanctions.

Faced with the plan of Biden’s new administration, and a rupture with former US President Donald Trump who had been inflexible towards Tehran, Netanyahu favored a hard line and is putting pressure on Washington to reject any toned-down version of the deal.

With government change in Israel, led from June 2021 by Naftali Bennett and then Lapid, Tel Aviv has lowered its tone. Israel is now pushing for an upgraded deal, including the Iranian ballistic program, strengthened international supervision and a longer duration of the deal.

“Public Israeli government criticism of the JCPOA has been more subdued in comparison with the previous Israeli government, and there were no overt attempts at mobilizing the House of Representatives and the Senate against President Biden,” said Alfoneh.

Since 2015, Israel has also had time to safeguard its regional alliances.

With Abu Dhabi and Manama, which normalized their relations with Tel Aviv as part of the August 2020 Abraham Accords, and Riyadh that initiated contacts with Israel since the end of May, according to Axios news site, Israel knows it can count on partners who share the same security fears.

Despite a recent thawing with Tehran, Tel Aviv’s and some Arab capitals’ dislike of regional militias affiliated with Iran — the Lebanese Hezbollah, the Yemeni Houthis or the pro-Iran contingents stationed in Syria — was one of the main arguments encouraging the new “regional architecture.”

During his visit to the region in July, Biden tried to mark the start of this “new Middle East” by consolidating the anti-Iran front and by bridging the gap between Riyadh and Tel Aviv.

But “We can also expect to see more investment in regional missile defense cooperation though a formal Israel-Arab alliance against Iran is unlikely as a number of Gulf Arab states are actually resuming diplomatic ties with Iran as a hedging strategy,” Kaye said.

What if it was renewed this time? A wave of panic swept through Israeli security circles a few weeks ago as a new reality, which they deem unwelcomed, began to emerge. After 15 long months of waiting following the start of the negotiations in April 2021, optimism was finally back in Vienna. For the first time, a new Iranian nuclear deal seemed possible.In Tel Aviv, on the other hand, the rescue...