Though nearly four months have passed since Lebanon reached a preliminary agreement with the International Monetary Fund, Lebanese leaders continue to delay the implementation of a series of conditional reforms. 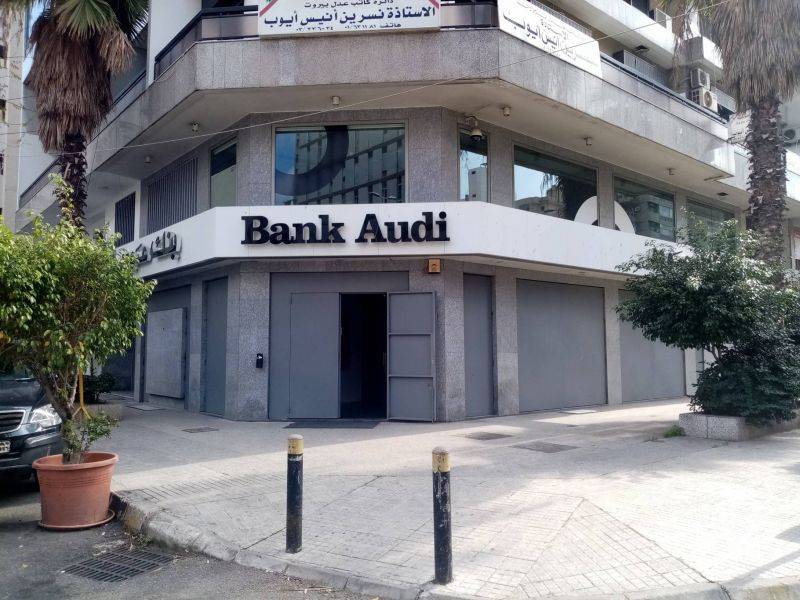 In its quarterly report on the Lebanese economy, published this week, Bank Audi’s research department once again called for a final agreement between Lebanon and the International Monetary Fund, considering it the “only way out” of the crisis that the country has been facing since 2019.

It “won’t be easy” to carry out all the reforms expected by the IMF in the near future, the report’s authors wrote, “especially within the context of a fragmented Parliament” and in the absence of a majority parliamentary bloc. The Bank Audi report’s analysis is in line with the majority of publications on the Lebanese situation in recent months, at least since May’s parliamentary elections.

Among other data points included in the report, the bank stressed that the Lebanese public debt as reported by the Ministry of Finance, which officially hit $100.6 billion at the end of March, was actually worth only “less than $10 billion” at “market value,” based on the central bank’s Sayrafa rate. (The discrepancy is due to the difference between the official exchange rate and the parallel market rate).

This calculation assumes that the country’s foreign currency bonds, which exceed $30 billion in nominal value — two-thirds of which are held by foreign investors, while the rest is divided between Banque du Liban and Lebanese banks — could only be recovered at 15 percent of their value, or 15 cents to the dollar. This percentage is close to the one mentioned by Bank of America in a simulation of possible Eurobond restructuring scenarios that L’Orient-Le Jour detailed on June 14.

On June 8, L’Orient-Le Jour also reported a proposal by former Lebanese Labor Minister and debt market specialist Camille Abousleiman, who recommended that the state take advantage of the low prices to make a takeover bid to buy these securities at 12 percent of their nominal value.

“I have said it over and over again, it is a crime for the state not to buy them back,” the former minister said.

At 12 percent of their nominal value, Lebanon could buy more than $16 billion worth of securities by spending only $2 billion, which would then allow it — or the central bank — to remove most of the debt securities held by non-residents from trading and improve Lebanon’s position during negotiations with creditors, he explained at the time.

According to Bank Audi’s research director Marwan Barakat, the price of Lebanese Eurobonds is currently around 6 cents to the dollar in the secondary market, the only place where they can still be traded, as Lebanon defaulted on the payment of its Eurobond debt in March 2020 and has still not negotiated the debt restructuring. The price of Eurobonds dropped below 10 cents in June and became among the cheapest in the world — a category in which they come first compared to other sovereign debt securities.

At the time, Barakat explained to L’Orient-Le Jour that the drop in the Eurobond prices below 10 cents was linked to the high uncertainty surrounding the authorities’ ability to implement the measures demanded by the IMF prior to an eventual financial assistance — a situation that still persists today, almost four months after the preliminary agreement between the IMF and Lebanon, which requires that the Lebanese leaders implement a series of reforms.

The second component of the $100 billion debt is denominated in Lebanese lira and stands at more than $60 billion when converted at the official rate of LL1,507.5 to the dollar. Bank Audi has converted this amount at the Sayrafa platform exchange rate (LL25,800 to the dollar on Wednesday night when the report was released, compared to nearly LL30,500 on the parallel market) to explain its simulation, which it puts forward for information purposes in its section dedicated to the second quarter retrospective on the state of the country’s debt.

Mainly a local market debt, it could, in theory, be repaid by printing new Lebanese lira bills — even if this would lead to an explosion in the inflation rate — which cannot be done when it comes to foreign currency debt, because BDL cannot issue a currency other than its own.

Official parity was the norm before the currency began to collapse as the crisis aggravated. Today, there are several exchange rates, including that of the Sayrafa platform managed by BDL, the parallel market that includes both legal exchange shops and black market exchangers, and some fixed rates imposed by the BDL under circulars adjusting restrictions unilaterally put in place by banks in late 2019 and which Parliament has still not legalized.

When approached in the spring of 2020, the IMF suggested that Lebanon might be able to receive a financial assistance program of $3 billion over four years, provided that the country’s leaders launch a number of reform projects, which Bank Audi mentioned in its report.

To receive the assistance, Lebanon must adopt several laws — capital controls, banking secrecy (which Parliament did approve last month), a banking resolution that is needed to implement a bank restructuring strategy, a budget for 2022 — as well as a credible fiscal recovery and debt restructuring plan, and must have the country’s 14 largest banks and BDL audited (especially its foreign currency assets) and finally unify the multiple exchange rates.

It added that “the assessment has to be based on the CAMELS approach which consists of analyzing capital adequacy, asset quality, management efficiency, earning power, liquidity and sensitivity to market forces for each bank.”

In its quarterly report on the Lebanese economy, published this week, Bank Audi’s research department once again called for a final agreement between Lebanon and the International Monetary Fund, considering it the “only way out” of the crisis that the country has been facing since 2019.It “won’t be easy” to carry out all the reforms expected by the IMF in the near future, the...

Remuneration of judges: the 'judicial engineering' of Riad Salameh