Here’s what happened yesterday and what to expect today, Friday, June 24, and this weekend. 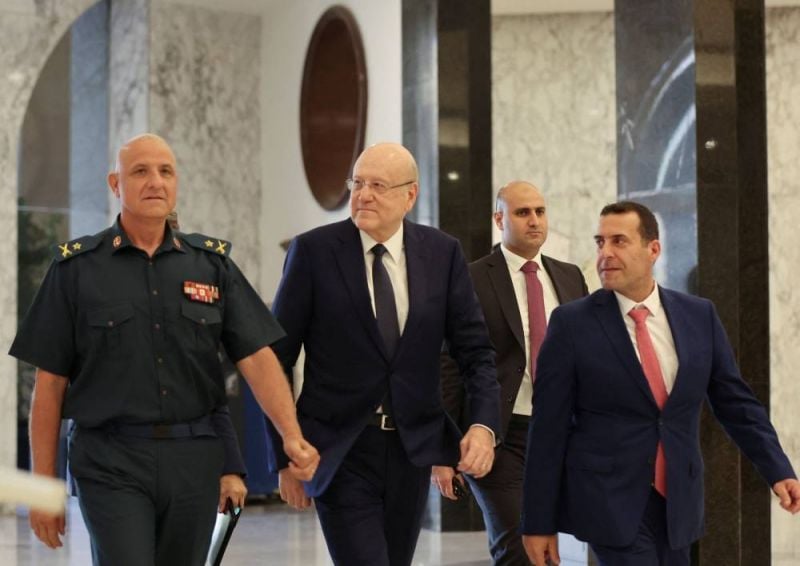 Caretaker Prime Minister Najib Mikati was reappointed yesterday to form a fourth cabinet. Mikati received 54 votes, while his closest competitor, International Court of Justice judge Nawaf Salam, received just 25 votes. The two major Christian parties, the Lebanese Forces and the Free Patriotic Movement, abstained from voting for anyone. Meanwhile, MP Ashraf Rifi decided to boycott the consultations altogether. Mikati has been a part of the political scene since the late 1990s. After a five year stint as transport minister, Mikati was chosen to lead an interim goverment after the cabinet of late Prime Minster Omar Karami resigned in the wake of the assassination of Prime Minister Rafik Hariri. He would later go on to form a government in 2011 and 10 years later in 2021. Now that he has again been designated prime minister, he must turn his attention to forming a new government. If he is successful in forming a cabinet, this will be his fourth term as prime minister.

Ogero services were interrupted yesterday in several areas across the country. Ogero announced that telephone and internet services would be cut due to a breakdown in the Ras al-Nabeh neighborhood of Beirut. Meanwhile, in several areas of Beirut and Mount Lebanon, power shortages, major malfunctions and cable thefts were reported. Residents of those areas have complained of water outages for days now and have had to resort to private suppliers. Some of the major complications include malfunctions in the main plumbing line, as well as an electric generator malfunction that powers the pumping station in some other areas, in addition to theft of cables.

On Sunday, June 26, local NGO Ahla Fawda will hold its fifth festival. This year’s theme is set around health and well-being, and the event will be held in Beirut’s Hamra Street from 10 a.m. to 11 p.m. It will provide free medical consultations, mental health guidance and sports activities, as well as live performances, music, live art, parades and other activities. Different booths will have dedicated medical and well-being check-ups and raise awareness on substance abuse, cancer, nutrition, dental hygiene, hearing and eyesight, in addition to animal care and more. Ahla Fawda is an NGO that specializes in community welfare, its first festival started in 2014.

In case you missed it, here’s our must-read story from yesterday: “Parliamentary blocs designate Mikati to form next government”