As a thawra candidate, the new MP made an unprecedented breakthrough in the South III constituency. 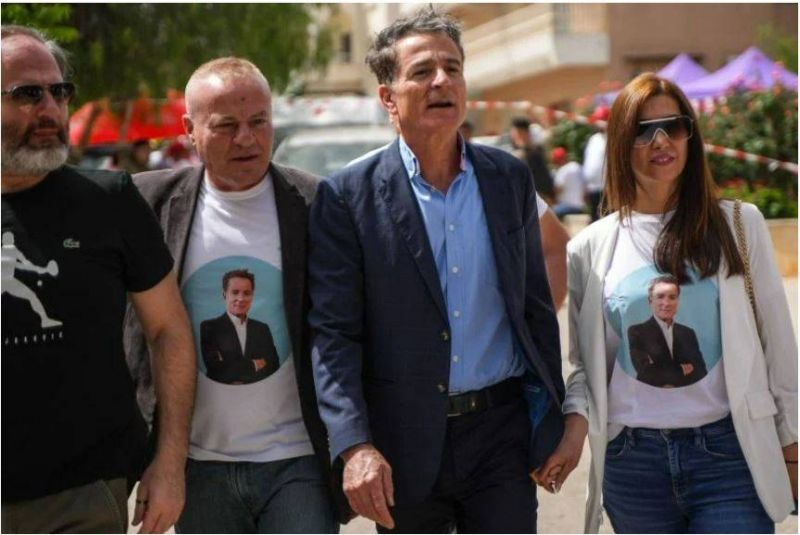 He is now a member of Parliament for the Marjayoun-Hasbaya-Nabatieh-Bint Jbeil constituency (South III). Elias Jaradeh, the Greek-Orthodox candidate running with the “Together for Change” list, which unified ranks in the face of Hezbollah and the Amal movement, made a breakthrough on May 15, along with Druze candidate Firas Hamdan, who ran with the same list, in a district that up until then was known to be under the sway of Amal and Hezbollah.

He unseated Assaad Hardan, a member of the Syrian Social Nationalist Party (SSNP).

“I decided to fight the parliamentary battle in a bid to help a country in its death throes,” said Jaradeh, an ophthalmologist who hails from the Ibl al-Saqi village (Marjayoun district).

“By nature, I refuse to stay away from difficulties and I tend to address challenges,” he said. “When there is bleeding, [my job] as a physician is to try to stop it. In Lebanon, the bleeding is due in particular to the massive emigration of young people, which has been ongoing since the start of the economic and political crisis.”

Jaradeh decided to make his way back home in 2016 after more than 15 years in the United States where he did his specialization at Harvard, to be precise, then in Dubai and Iraq, where he worked and will continue to do so periodically. 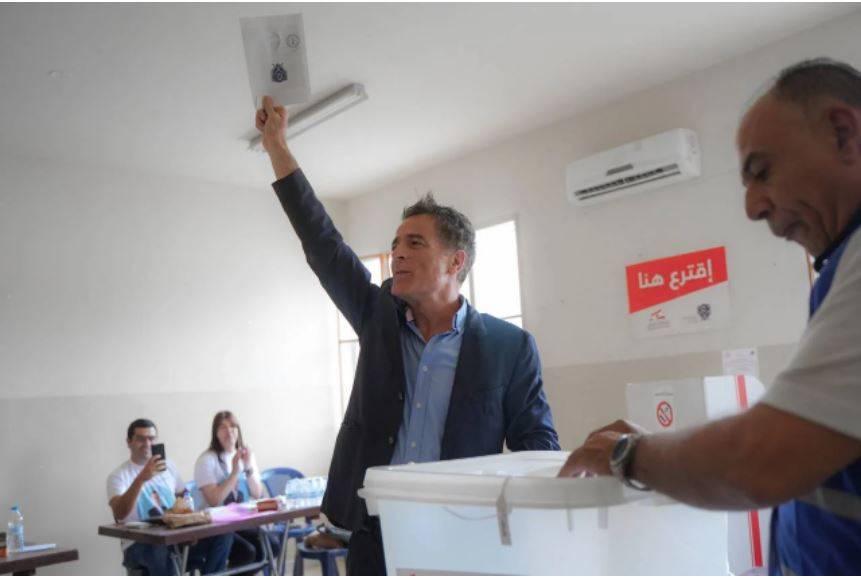 Elias Jaradeh depositing his ballot in the ballot box, May 15, 2022. (Credit: Mohammad Yassine/OLJ)

A sheikh brother and Shiite and Druze brothers-in-law

While abroad, Jaradeh strengthened the secular mindset that his open-minded and tolerant parents instilled into him since he was a child.

“Outside of Lebanon, I was never asked about my religious identity,” he said, “faith is a personal matter.”

This is evident with his family’s history: his brother converted to Sunnism and became a cleric, one of his brothers-in-law is Shiite and the other one is Druze. He is married to Françoise Abi Nader, and does not mind if his daughters, aged 19 and 14, take a husband of another religion one day. However, the new MP is not yet ready to walk the few steps separating a secular society and a secular state.

“The formula cannot be immediately applied in a multi-confessional country, although I aspire to a secular state in the future,” said the MP-elect.

This position distinguishes him from some other candidates who ran on the list and who are close to the communist movement. One of his close entourage decried in this vein the fact that “his detractors label him [falsely] as being a leftist.”

Georges Cherfan, the founder of the Beirut Eye and ENT Specialist Hospital, where Jaradeh works, denied the characterization that the ophthalmologist is a communist.

“Since I have known him, several years ago, he has not been part of any left- or right-wing movement,” he said. “He has his own ideas and expresses them outspokenly, without tipping toe around anyone.”

“I am an independent. The left/right stereotype has no place in modern days,” Jaradeh said.

“I represent a point of convergence for all Lebanese,” he added, and noted that he was elected by different components of society. He indicated, along the same lines, that the positions he takes “depend on the political and economic issues and circumstances.”

‘Resistance is no one’s preserve’

The physician also proudly acknowledged that he is part of the “national resistance.”

“In 1986, at the age of 18, I was incarcerated for 100 days in Khiam Prison by the Israeli forces that occupied the country,” he said.

“Resistance is no one’s preserve,” he added, casting a barb at Hezbollah.

However, his remarks about the party are not explicit.

“Hezbollah is not the reason for the state’s collapse, but a result of the latter,” he said, and argued that “dealing with the question of getting rid of illegal weapons requires building a strong state capable of protecting the Lebanese on the one hand and a regional dialogue on the other. ”

Wissam Ghandour, the Sunni candidate running on the same list, explained these moderate remarks by the fact that in South Lebanon, “proximity to the Israeli enemy is a reality” that imposes itself.

“The radical speeches of the right-wing forces only serve to promote the popular bases of Hezbollah,” he said. 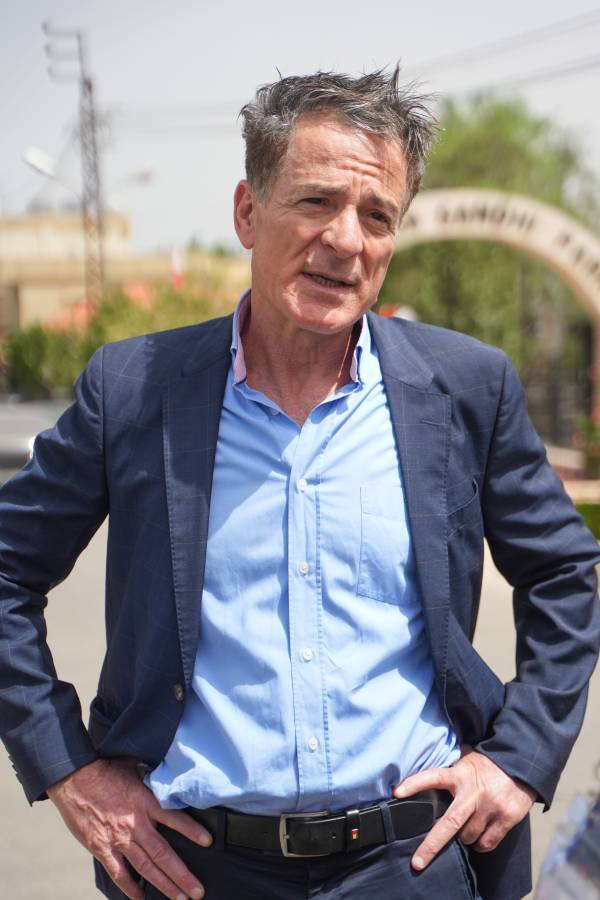 The smell of earth

In parallel to his action in the public sphere, Jaradeh has interpersonal relations characterized by empathy and honesty, said those who know him.

“He is close to his patients, he does not chase after money as he carries out his professional duties,” said Cherfan.

The ophthalmologist also remained close to the inhabitants of his area. In particular, he has provided many of them with employment opportunities by implementing an eco-friendly farming project.

“I am a farmer,” he said. For him, “The most beautiful smell is that of the earth after the rain.”

“Rather than aiming to build buildings that kill the economy, one must invest in cultivating the land,” Jaradeh said.

He is now a member of Parliament for the Marjayoun-Hasbaya-Nabatieh-Bint Jbeil constituency (South III). Elias Jaradeh, the Greek-Orthodox candidate running with the “Together for Change” list, which unified ranks in the face of Hezbollah and the Amal movement, made a breakthrough on May 15, along with Druze candidate Firas Hamdan, who ran with the same list, in a district that up until then...