In Beirut I, two seats of the Aounist bloc are at the heart of all disputes

The Free Patriotic Movement and its allies are likely set to suffer a protest vote in the districts of the capital that were badly damaged by the 2020 Beirut port explosion. Here’s a closer look: 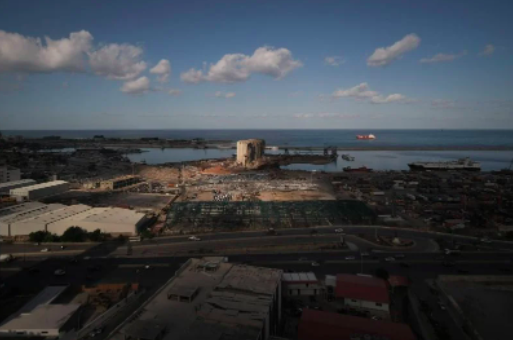 The silos at the Port of Beirut, destroyed by the Aug. 4, 2020 explosion. (Credit: João Sousa / L'Orient Today)

The consequences of the Aug. 4, 2020, explosion are likely to be felt at the heart of the May 15 elections in Beirut I.

The neighborhoods of Achrafieh, Rmeil, Saifi and Medawar, which make up this constituency, are still recuperating from the deadly blast.

Twenty months after the disaster, the district’s bereaved inhabitants continue to wait for justice to be served. Therefore, they might opt for a protest vote against power.

This vote could play to the advantage of the emerging opposition parties, but also the traditional Christian parties, such as the Lebanese Forces and the Kataeb, whose stronghold is Beirut I. Both are campaigning against Hezbollah, its weapons and its allies, but this time they are running on two competing lists, unlike in the 2018 legislative polls.

The weight of the Armenian vote also must be considered, and more specifically the Tachnag, which reigns supreme in the Medawar district.

Six lists and 39 candidates (including six incumbents) are competing for these eight seats. Three lists come from the traditional political class: the alliance between the Free Patriotic Movement and the Tachnag; the LF and the Armenian party Henchag; the Kataeb and businessman Antoun Sehnaoui.

The three other lists belong to forces claiming to represent the October 2019 uprising, including: the Tahalof Watani list led by the only elected civil society candidate in 2018, Paula Yacoubian, the Citizens in a State (MMFD) list, led by Charbel Nahas, and the Beirut Madinati list, featuring Nada Sehnawi and Levon Talvazian among others.

The 2018 election saw the relatively overwhelming victory of the Aounist bloc, which won four of the eight seats in the constituency: two, won for the first time by the FPM, electing Nicolas Sehnaoui (4,788 votes) and Antoine Pano (close to the FPM, 539 votes), and two others to its allies in the Tachnag, Hagop Terzian (3,451 votes) and Alexandre Matossian (2,376 votes).

One of the major issues of the battle this year is whether Gebran Bassil’s party will be able to keep them. It is also in this constituency that the other Christian parties, the LF and Kataeb, crossed swords, with the support of their ally Antoun Sehnaoui and former minister Michel Pharaon — an alliance that brought back three of their candidates to Parliament in 2018: Jean Talouzian (4,166 votes), Nadim Gemayel (4,096 votes) and Imad Wakim (3,936 votes).

As for the civil society groups, they managed to snatch only one seat, the Armenian Orthodox, which went to Yacoubian (2,500 votes) representing the Sabaa party.

Facing Hasbani, who seems to be in a favorable position, is activist Asma-Maria Andraos (Kataeb list), famous for her contributions to the organization of the mass demonstration of March 14, 2005.

The battle is therefore likely to be limited to the two remaining seats, the third Armenian Orthodox and the minority seat.

The two seats that were part of the Aounist bloc in 2018, those of Alexandre Matossian and Antoine Pano.

But one ought to mention the traps of the existing electoral law, especially regarding the number of seats allocated to each list. According to the law, a candidate who receives more votes than others can still lose, depending on which list they are running on and the number of seats it wins.

In any case, the Aounist camp has already at least partially anticipated its setback by brushing aside incumbent MP Antoine Pano, the weak link of the “Strong Lebanon” bloc.

“This area was the most affected by the explosion, one of the largest non-nuclear explosions in history. At a time when associations of victims' families are tirelessly calling for justice to be done, the political landscape in the constituency could well be redrawn,” Karim al-Mufti, a political scientist, told L’Orient-Le Jour.

Except that there are no reliable polls for the moment to assess the degree of disaffection among voters.

“The FPM will lose votes, we are sure. But in Beirut I specifically, we still do not have the opportunity to comment on his fall in popularity. The party list has two strong men,” said Georgia Dagher, a researcher at Policy Initiative, a local NGO providing analysis on elections.

- Scattered protest movements: The reality is all the more difficult to pin down because instead of mobilizing in force against the ruling class, the protest groups are running on three separate lists, reducing their chances of a strong breakthrough.

“I see no program, no identity. Instead of forming a solid opposition, they have scattered, as if the population had not been robbed by the ruling class, deprived of their rights and health care,” says Kamal Feghali, an electoral analyst.

As a result, only one thawra (revolution) figure seems really capable of making a breakthrough, less than a month before the election, which is Yacoubian, whose list is seen as “avant-garde” and includes a significant number of women, but also politicians likely to provide answers in terms of waste treatment (Ziad Abi Chaker), justice (Brigette Shalabian) or simply former Aounist figures who have defected (Cynthia Zarazeer and Ziad Abbas).

“The opposition groups [representing the Oct. 17 uprising] may well win the two contested seats. And while Charbel Nahas' party is undoubtedly the most organized of the protest movements, voters are likely to vote for someone they know, which could come to the advantage of the opposition group’s incumbent candidate [Yacoubian],” Dagher said.

- The Sunni unknown: In a political landscape without the Future Movement and its leader, Saad Hariri, who decided to quit politics, the Sunni vote also remains uncertain. No one has said anything about the few thousand Sunni voters in Beirut I — votes that are at the heart of a real bargain.

“I don't see any mobilization effort in this direction, neither from the traditional parties nor even from the opposition,” says Dagher.

1. Capable: Citizens in a State (MMFD)

3.We are for Beirut: Lebanese Forces and Henchag

6. We Were and we Will remain in Beirut: FPM and Tachnag

The consequences of the Aug. 4, 2020, explosion are likely to be felt at the heart of the May 15 elections in Beirut I.The neighborhoods of Achrafieh, Rmeil, Saifi and Medawar, which make up this constituency, are still recuperating from the deadly blast.Twenty months after the disaster, the district’s bereaved inhabitants continue to wait for justice to be served. Therefore, they might opt...