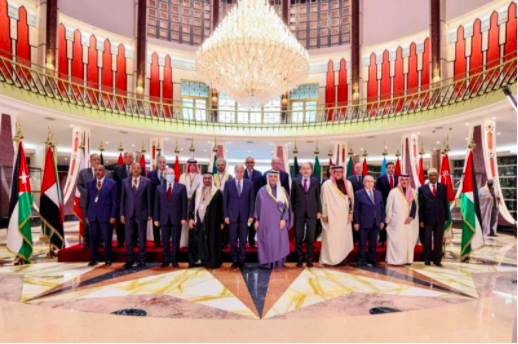 BEIRUT – In a terse statement, Kuwaiti Foreign Minister Sheikh Ahmad Nasser al-Mohammad Al-Sabah commented on the Lebanese position regarding the so-called Kuwaiti initiative, a list of conditions for the rehabilitation of the troubled relations between Beirut and the Gulf monarchies. "We have received Lebanon's response to the Arab roadmap. The parties concerned will now have to examine the content of the Lebanese position to be able to determine the next steps to be taken," Sabah said at the end of two days of discussions during a meeting of Arab foreign ministers in Kuwait.

During a joint press conference with the Secretary General of the Arab League Ahmed Aboul Ghait, the chief of Kuwaiti diplomat said that the proposals included in the roadmap are "measures to build confidence between the Gulf States and Lebanon.”

According to L’Orient Today’s correspondent in Baabda, the Lebanese response was drafted by the head of state and his advisers. The draft was then shuttled between Ain al-Tineh and the Serail to receive the endorsement of Parliament Speaker Nabih Berry and Prime Minister Najib Mikati respectively. "No one in the Foreign Affairs Ministry was involved in the decision. Unfortunately, foreign policy has not been made in the Bustros Palace for a long time," commented a career diplomat who requested anonymity.

Supported by Paris and Washington, the Kuwaiti initiative – which was transmitted to the Lebanese authorities on Jan. 23 by the Kuwaiti minister after having obtained the endorsement of Saudi Arabia and the other countries of the Gulf Cooperation Council – requires Lebanon to meet some 12 conditions.

These include the implementation of international resolutions, including UN Security Council Resolution 1559, which calls for the disarmament of all militias including Hezbollah; a return to the policy of distancing and non-interference in the affairs of Arab countries and in particular the Gulf countries; control of borders and crossing points; as well as the strengthening of security measures at the airport to prevent drug trafficking to Saudi Arabia. The proposal also calls for the implementation of political and financial reforms in accordance with the terms of the International Monetary Fund and the international community.

"Originally, this initiative was intended to clarify the requirements of both sides and at the same time to convey the fears of these countries in the face of the Lebanese government's inability to disarm the militias and implement international resolutions. If Lebanon does not adhere to it, it will be a clear sign that the government has finally chosen to endorse the position of the militias, including Hezbollah, which will be extremely problematic at the regional and international level," said Hussein Chabkachi, a Saudi political analyst.

While Lebanon's response is relatively conciliatory on the majority of the issues in the Kuwaiti proposal, it remains firm on the "shared responsibility" between Lebanon and Israel to respect international resolutions, including 1701 and 1559.

In their response, the Lebanese authorities thus, in a ministerial declaration, committed themselves to respecting the Taif Agreement and the policy of distancing themselves from regional alliances, as well as to implement international resolutions, vowing this time to put their money where their mouth is.

The declaration noted, however, that international resolutions should not be respected only by Lebanon, but also depend on external actors, as is the case of Resolution 1701, whose provisions must be implemented by Israel, which continues to violate Lebanese territory, airspace and waters on a daily basis, it said.

As for Resolution 1559, the authorities believe that it is difficult to implement in the current circumstances, since it is linked to the security and sovereignty of Lebanon, the cessation of Israeli aggression and the liberation of occupied Lebanese territories. This position is also supported by the fact that the negotiations on the delimitation of the southern border with Israel have still not been concluded.

In other words, Beirut would like to see the reasons that have justified the maintenance of Hezbollah's arsenal to date eliminated so that Lebanon can fulfill its share. This is an old argument that serves as an escape route, but has the advantage of giving the country more time.

For example, according to an expert on Hezbollah issues, the party would only agree to hand over its weapons in the context of international talks and not before the issue of Shebaa and the Kfar Shuba Hills has been settled, the borders with the Jewish state demarcated and the Palestinian issue resolved. Conditions that are as unrealistic as they are unattainable, he adds. 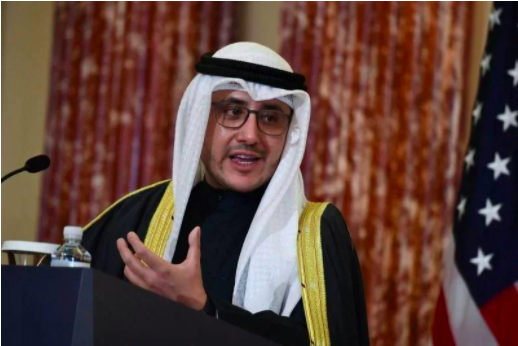 A kind of "understanding" on weapons

On another level, Lebanon is committed to fighting drug trafficking to the Gulf countries, which has been increasing in recent years. The Lebanese response also suggests the "creation of joint committees between Lebanon, Arab and Gulf countries, to continue studying the points that require further follow-up.”

On Saturday, the head of Lebanese diplomacy, Abdallah Bou Habib, had said that he was "not going to Kuwait to hand over Hezbollah's weapons" nor to "put an end to its existence", but to "start a dialogue" with the Gulf leaders, saying that "Hezbollah is a Lebanese party and does not control Lebanese politics.”

“Bou Habib’s statement is a premature and hasty reading. He decided even before arriving in Kuwait," said Hussein Chabkachi. The Lebanese minister, who had given a copy of the response to his Kuwaiti counterpart on Saturday, suggested the same evening that the Kuwaiti authorities had been "positive" about the content of this text.

A somewhat similar view was expressed by a Kuwaiti political analyst who requested anonymity. "There is generally some sort of understanding about the disarmament of Hezbollah, which is not a simple thing to achieve," the analyst said.

The most pressing issue at the moment, however, is Lebanon's commitment to work to stop Hezbollah from interfering on two levels: its involvement in Yemen and its transformation of Beirut into a platform for launching attacks against the Gulf states. The other key issue on which the GCC countries might hold firm is border control, to prevent Arab markets from being flooded with drugs from Lebanon.

A clarification of the Shiite party's position on all these issues was expected last night, during an interview that party Secretary General Hassan Nasrallah was supposed to give to the Iranian channel al-Alam. But late yesterday evening, the channel announced the postponement of the interview to a later date, without giving further details on the date of broadcast or the reasons for this decision.

BEIRUT – In a terse statement, Kuwaiti Foreign Minister Sheikh Ahmad Nasser al-Mohammad Al-Sabah commented on the Lebanese position regarding the so-called Kuwaiti initiative, a list of conditions for the rehabilitation of the troubled relations between Beirut and the Gulf monarchies. "We have received Lebanon's response to the Arab roadmap. The parties concerned will now have to examine the...