The Banque du Liban governor acknowledged that the official exchange rate of LL1,507.5 to the dollar is “no longer realistic.” 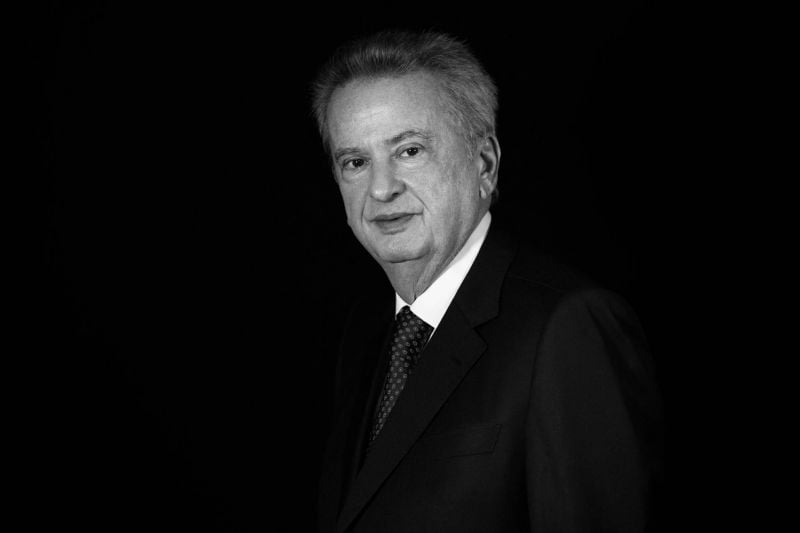 BDL Gov. Riad Salameh once again commented publicly Tuesday on the crisis the country has been enduring for the past two years. His remarks came less than a month after his last comments to the media. In an interview with AFP, the senior official provided some information, without shedding light on the many unknowns that remain regarding the country’s current situation and the amount of financial assistance that could help put its economy back on track.

Among the highlights of his remarks, was Salameh’s acknowledgement that the official exchange rate of LL1,507.5 to the dollar is “no longer realistic.” This is a belated observation, as it has been more than two years since the parallel market rate began to drift away from the peg. This rate is now approaching the LL28,000 mark, a loss of almost 94 percent of the national currency’s initial value. However, Salameh said that unification of rates was not an option at this stage, at least not until an agreement with the International Monetary Fund is reached and an internal agreement is made to stabilize the political situation in the country.

Last January, the governor had already acknowledged the need to “unify” the lira to dollar exchange rate. Since the lira’s deviation from peg began, the Lebanese have been juggling an ever-growing number of exchange rates as well as unregulated capital controls unilaterally put in place by commercial banks.

The central bank chief added that “Lebanon’s quota in the International Monetary Fund is $4 billion,” but other countries or financial institutions could contribute to help Lebanon reach the indicated sum.

However, the governor did not specify how such funding would be used, or indicate what portion would go towards covering part of the country’s financial losses, which are much higher.

Lebanon approached the IMF in the spring of 2020 to seek financial assistance. A first attempt to move the discussions forward failed in July of that year, mainly due to a disagreement between Hassan Diab's government on the one hand, and the banks, BDL and some members of Parliament on the other, over the amount of the country’s financial losses and the approach to absorbing them. These discussions were revived by the government of Najib Mikati formed in September, but no significant progress is apparent thus far.

Barring any unknowns, the amount of aid put forward by the governor is lower than that put forward by Diab’s government in its recovery plan adopted at the end of April, which served as the basis for the first round of discussions with the IMF. Prepared with the help of the Lazard firm, the plan estimated the country’s needs at $10 billion over five years, to which should be added the more than $11 billion in loans and grants earmarked at the April 2018 Paris CEDRE conference to rehabilitate the country’s infrastructure, which the governor does not seem to have taken into account in his calculations.

In May 2020, Garbis Iradian, the former IMF executive and current chief economist for the Middle East and North Africa zone at the Institute of International Finance, assured that Lebanon could hope to obtain between $4.35 and $8.7 billion from the fund for a period of 3-4 years within the framework of the Extended Credit Facility.

On its website, the IMF specifies that annual borrowing under the EFF is capped at 145 percent of the borrowing country’s quota. According to our calculations and considering that Lebanon’s quota is 633.5 million in special drawing rights (0.13 percent of the total), Lebanon could thus obtain $1.35 billion per year, or $5.4 billion over a maximum of four years, according to the standard conditions of the IMF. Lebanon would then have to repay this amount, with interest, over a period ranging from 4.5 to 10 years.

When contacted, the director of the research department of Byblos Bank, Nassib Ghobril, said the package is coherent and considered that an agreement with the IMF would effectively pave the way for further external financing.

“The priority is to focus on reviving growth while implementing the necessary reforms to clean up the country,” he explained, adding that these actions would “restore confidence” in the country and its institutions, a prerequisite to encourage a return of investors.

Economist Jean Tawile believes that the amount put forward by the governor should be increased in order to be able to lead a recovery effort while giving BDL the means to intervene in the foreign exchange market to prevent “excessive” fluctuations in the lira, as well as to ensure the financing of the establishment of a social safety net for citizens. According to United Nations figures, almost four-fifths of Lebanon’s residents now live in poverty.

The foreign currency reserves that are left

The governor also provided an updated figure for BDL’s foreign currency reserves that the central bank still has, mentioning a sum of about $14 billion, including $12.5 billion of mandatory reserves belonging to banks — and that the institution is not supposed to use freely, even if some experts believe otherwise — as well as $1.5 billion of “surplus,” in the words of AFP, to maintain the subsidy system for “six to nine months” more. Salameh further told AFP that foreign currency reserves had fallen by 50 percent since the crisis began in 2019.

The amount of reserves reported by the governor raises questions insofar as, according to figures published on BDL’s website, they would have reached $13.2 billion at the end of November (not counting the $5.03 billion corresponding to the value of eurobonds, the foreign currency debt securities on which the state defaulted in March 2020).

The proportion of reserve requirements is not usually disclosed. By subtracting $12.5 billion from the total at the end of November, the BDL would actually have only $700 million in surplus, barring a cash inflow that has not yet been publicly reported.

As a reminder, the IMF allocated to Lebanon the equivalent of about $1.13 billion in special drawing rights that the country received on Sept. 16 in a procedure unrelated to the financial assistance request.

For Ghobril, the decline in reserves and foreign currency deposits is explained in particular by the implementation of Circular 158 of June 8, 2021, through which the central bank allowed depositors facing banking restrictions to withdraw $400 in cash per month and the equivalent of this amount in lira at LL12,000 to the dollar. He recalled that this circular also reduced the ratio of required reserves from 15 percent to 14 percent of customer deposits in foreign currency held by banks, as well as the impact of the subsidy program that benefited importers of several products since October 2019 and were almost completely removed in 2021.

These points were also raised by Tawile, who adds in this list the impact of “the lirafication of deposits” via the devices of circulars 148 and 151, adopted on April 4 and 21, 2020 respectively, and which allowed depositors to withdraw currency, blocked by banks, in lira at a rate higher than the official parity, but that has always been lower than that achieved by the currency on the parallel market.

The withdrawal rate of Circular 151 was recently doubled (from LL3,900 to LL8,000 to the dollar), precipitating a new phase of decline of the lira’s value on the parallel market.

Tawile also emphasizes on the “catastrophic” impact of the subsidy program.

When asked about the legal proceedings in Lebanon and in Europe against him — for money laundering in particular — Salameh said that the complaints were based on information provided by the Lebanese “for political, ideological or interest-related reasons” without naming them.

BDL Gov. Riad Salameh once again commented publicly Tuesday on the crisis the country has been enduring for the past two years. His remarks came less than a month after his last comments to the media. In an interview with AFP, the senior official provided some information, without shedding light on the many unknowns that remain regarding the country’s current situation and the amount of...