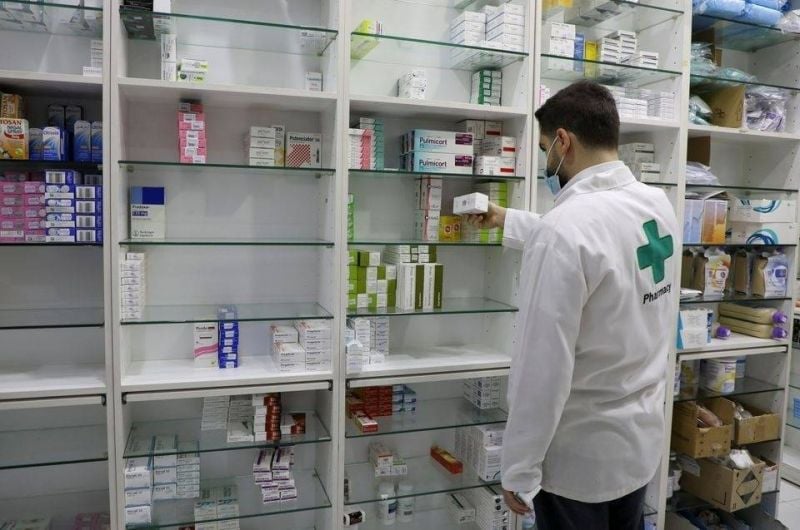 BEIRUT — Amid Lebanon’s ongoing economic crisis and widespread shortages of crucial medicines, some 1,200 recovering heroin addicts might soon no longer be able to get the medication used in their treatment, health experts told L’Orient Today.

There are two types of medication commonly used to treat people trying to break opiate dependence in Lebanon: Suboxone and Buprenorphine. Like many imported drugs that are officially subsidized through the central bank, both of them are now scarce.

Pharmacists, importers and health officials have pointed to delays by Banque du Liban in processing subsidy payments as a major reason for the drug supply shortages. The central bank, for its part, has blamed the shortages on the hoarding and smuggling of imported drugs.

Whatever the reason, recovering addicts and treatment specialists said the shortages could have devastating consequences.

“This is very time-sensitive,” Joseph El Khoury, vice president of the Lebanese Psychiatric Society told L’Orient Today. “If this issue is not immediately resolved and medications are not brought to the country by the end of this month, almost 1,200 former heroin addicts will no longer be able to be treated, and this might put them at high risk of relapsing into heroin use, overdose or even suicide.”

Dany Khalaf, a psychiatrist, and addiction specialist responsible for the harm reduction and opioid substitution treatment program at Association Justice Et Miséricorde (AJEM), an NGO that helps drug addicts, explained that Suboxone, which is already out of stock, and Buprenorphine, which is now available only in scarce quantities, are the two prescription drugs that are used to treat opioid dependence in Lebanon as part of the Health Ministry’s opioid substitution treatment program. They are taken daily on an ongoing basis to help people addicted to heroin and other opiates to suppress the urge to use.

In 2012, the Health Ministry adopted substitution treatment as an evidence-based method of treating and managing dependence on opioids, and Lebanon is currently the only Arab country to have implemented it on a national level.

Khoury said that the program has saved many lives as it helped patients break the addictive cycle.

“And most importantly they might have a great potential for relapse into drug use and consequently overdose,” he added.

Health Minister Firass Abiad announced on Tuesday that the subsidies on drugs and chronic disease will be gradually lifted and stated that some medications started arriving in Lebanon last week after being out of stock for four months. Officially, Suboxone and Buprenorphine remain subsidized, but in practice, people in the health sector told L’Orient Today that the central bank has not been opening lines of credit for importers to purchase them.

Halim Berti, a spokesperson for Banque du Liban, told L’Orient Today that the lines of credit for importers were open and “we wonder, ‘Where did all the money go?’”

Khoury argued that the drugs used for opioid treatment should be treated as a priority, as sufferers cannot skip their daily shots.

Patients in recovery said the same.

“I know that the priorities are set for diseases that are more visible, like cancer, or cardiac diseases, or diabetics, but the authorities should acknowledge that former addicts are also undergoing a serious and chronic disease,” said Mohamad, a recovering heroin addict. He originally started taking Suboxone, which is now no longer available in the market, and is now taking Buprenorphine instead, he told L’Orient Today.

Mohamad said he has been taking medication to manage his cravings for eight years and credits it with allowing him to overcome the addiction and start a new life.

After entering recovery, he got married and had a child. Now, he said, he is afraid of relapsing for his family’s sake

“Now I’m afraid that if I am not able to take the medicine, I will be ruining my life, my wife’s life and everyone around me,” he said.

Officials with the Health Ministry could not be reached for comment.

Amid the ongoing medication shortages, some NGOs have been raising the alarm.

Speaking to L'Orient Today sister publication L’Orient-Le Jour, Tatiana Sleiman, executive director of Skoon, which treats outpatient therapeutic facilities and offers prevention and treatment to drug users, said that the organization is currently treating 240 people and has sufficient stocks until the end of November only, “but we do not know what to do afterward.”

Sleiman added that ​​addictions are on the rise amid the country’s multiple crises.

Soins Infirmiers et Developpement Communautaire (SIDC) is one of them. The initiative seeks to provide equitable access to healthcare to marginalized groups, including LGBTQ communities, sex workers, people living with HIV and people who use drugs.

“The initiative that the Health Ministry took a few years ago to launch the [opioid substitution treatment] program has been very helpful, and when they made this move, it means that they recognized drug addiction as a chronic disease that needs to be treated,” Nadia Badran, the organization’s president, told L’Orient Today. “But now with this carelessness, it seems that they no longer give these patients a priority and this will lead to many consequences and push many people to go back to drug abuse.”

“It’s like the government wants us to become addicts again,” said Mohamad, the recovering heroin addict.

BEIRUT — Amid Lebanon’s ongoing economic crisis and widespread shortages of crucial medicines, some 1,200 recovering heroin addicts might soon no longer be able to get the medication used in their treatment, health experts told L’Orient Today. There are two types of medication commonly used to treat people trying to break opiate dependence in Lebanon: Suboxone and Buprenorphine. Like many...