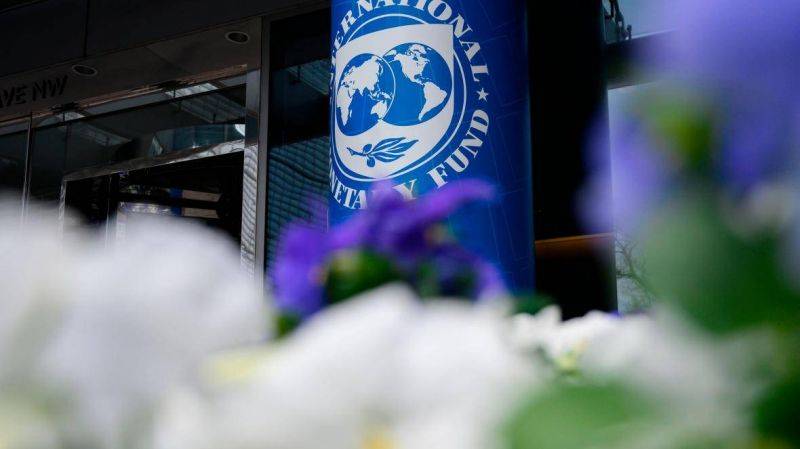 As Lebanon scrambles for any morsel of financial salvation, the IMF has made international headlines by allocating $1.135 billion in Special Drawing Rights to the cash-strapped nation. The total amount comprises two SDR allocations: $860 million for the country’s share of the last allocation adopted this year in response to the COVID-19 crisis, and $275 million that Lebanon originally received in 2009. As confirmed Friday by the Finance Ministry, these funds have flowed to Banque du Liban — one of the spendthrift architects of Lebanon’s unprecedented economic crisis. Just one week earlier, Lebanon finally formed a government mainly made up of establishment figures and free from independent ministers, just in time to help BDL spend the SDR windfall.

The SDR allocation represents a remarkable about-face from the international community. Just last summer, the negotiations with the IMF about its much needed financial assistance were suspended because of the recalcitrant behavior of Lebanon’s negotiating party towards reforms. One EU official, who was party to the negotiations, alleged that they had acted “like they [were] selling us a carpet.” Now the IMF has approved a billion-dollar SDR allocation, which is not subject to any spending conditions. The funds themselves have been provided by an as yet undisclosed IMF member state, whose motives are unclear.

Undoubtedly, the SDR allocation represents a serious amount of money for Lebanon these days. For instance, US$1.135 billion would almost entirely cover the estimated cost of overhauling Lebanon’s decrepit solid waste infrastructure. Yet the Lebanese state — corrupt, sectarian and deadlocked — is more likely to fritter away the SDR allocation, as it has done with many cash disbursements before. And, as ever, it is ordinary Lebanese who will pay the price.

The unconditionality of SDR allocations has long faced criticism in the context of corrupt nations like Lebanon. For many years, experts have warned about the dangers of unconditionally resupplying quasi failed states with desperately needed foreign reserves. The no-strings-attached nature of SDR allocations differs from IMF financial aid packages — including the deal that the new government is supposed to negotiate — which are usually contingent on necessary government reforms. Amidst these concerns, the IMF has merely published a policy guide for members on how to use SDRs. For instance, the guide offers advice on best practices for transparent allocation and accounting of SDRs. These benevolent tips will almost certainly fall on deaf ears with Lebanon’s maverick political establishment. For a start, the SDR allocation is being deposited in the Finance Ministry account at BDL, whose true accounting situation is known by few insiders beyond BDL governor Riad Salameh.

Unshackled by conditions, SDR allocations can provide Lebanon’s elites with further leeway to kick the can of fiscal reforms down the road even further. A state like Lebanon, permitted to spend the SDR allocations as it sees fit, will almost certainly prioritize short-term and piecemeal policies that do not entail actual reform measures, but simply entrench the establishment’s power base.

Lebanon raises most — if not all — red flags for a nation receiving SDR allocations, and clues already exist for how the political establishment will spend the cash injection. One prominent option is supporting Lebanon’s Shadow Financial Plan, the country’s unofficial response to Lebanon’s multifaceted crisis. This scheme deliberately avoids reaching a proper solution to Lebanon’s various catastrophes, in the hope of transferring the banking sector’s enormous losses onto the greater population. The SDR allocation offers a fresh source of foreign reserves to prop up an illogical and illegal system of multiple exchange rates, as well as reduce the financial exposure of Lebanon’s culpable banking sector. As the shadow financial plan helps to bail out captains of industry, more than half of Lebanon’s population will continue sinking deeper into destitution.

Lebanese elites can also use the SDR allocation to support clientelist networks ahead of the upcoming parliamentary elections, scheduled for May 2022. It would be completely unsurprising to see the SDR allocation pie being divided amongst Lebanon’s ruling sects, which can then purchase the ongoing support of loyalists. Already, observers have raised concerns about the potential for government ration cards to manipulate election results, despite state assurances that the distribution process will be transparent.

Further concerns arise from the political agenda of the unnamed IMF member state that has provided the foreign currency reserves for Lebanon’s SDR allocation. As with any SDR transaction, another IMF member state must be willing to transfer hard currency in exchange for the recipient country’s SDRs. Given Lebanon’s bleak financial outlook, this week’s swap partner almost certainly views the SDR allocation as a geostrategic opportunity, rather than a financial calculation. The unnamed IMF member state is providing considerable funds to Lebanon under the IMF’s imprimatur, without having publicly disclosed its identity. Already, political jockeying has started over which nations will assist Lebanon out of its current crisis — no doubt in return for political concessions down the road. In the past month, for instance, the United States has expressed willingness to allow gas imports provided by Egypt to Lebanon through Syria, one day after Hassan Nasrallah, secretary-general of Hezbollah, announced diesel oil shipments in response to the crippling fuel crisis. In July, Iraq extended 1 million tons of fuel oil in return for “goods and services.” It is obviously impossible to pinpoint the motives of the unnamed swap partner for this week’s SDR allocation — but it will not be free money.

These high-stakes decisions, being undertaken without transparency, reiterate the urgent need for serious reforms and a comprehensive IMF rescue package in Lebanon. “SDRs are not going to fix Lebanon’s longer-term structural, systemic problems,” said IMF managing director Kristalina Georgieva, in public remarks following the Beirut port explosion. In her view, Lebanon’s true hope for salvation lies with “a government that is empowered to reform and revitalize Lebanon's crippled economy.” On this count, Georgieva is right — never has purposeful and effective public policymaking mattered more in determining Lebanon’s fate.

Opportunities, fragile yet tangible, exist for Lebanon’s recovery. Opposition groups are becoming fiercer and gradually building political pressure against the Lebanese establishment. In recent times, opposition groups have also succeeded in national elections to lawyer and engineer syndicates, with other syndicate polls looming. Cautious optimism applies to the potential for some opposition victories to pave a pathway into Parliament in the upcoming parliamentary elections, should they occur on schedule. Internationally, the Council of the EU has announced plans to implement a targeted sanctions regime for political elites and their affiliates, applying still more heat to sectarian powerbrokers.

Yet domestic and foreign pressure will not topple Lebanon’s elites if, at the same time, the international community hands out billion-dollar windfalls to that same irresponsible ruling class. Indeed, this week’s SDR allocation undermines the prospect of real, fundamental change occurring in Lebanon. It is time for the IMF to accept that quasi failed states like Lebanon should not receive unconditional disbursements, irrespective of their procedural rights as an IMF member.

This week’s SDR allocation, coming one year on from failed negotiations for a full IMF bailout package, does not reward bad behavior — it rewards doing nothing at all. Since last July’s failed IMF negotiations, Lebanon’s political establishment has not done anything meaningful to arrest Lebanon’s slide towards economic and social collapse. The Lebanese people, who bear the consequences of their country’s appalling leadership, need the global community to support building a brighter future. To this end, the IMF and its international partners should deal with Lebanon’s elites as enforcers, not enablers.

Hassan Wehbe and David Wood are economic researchers at Triangle, a Beirut-based think-tank.

As Lebanon scrambles for any morsel of financial salvation, the IMF has made international headlines by allocating $1.135 billion in Special Drawing Rights to the cash-strapped nation. The total amount comprises two SDR allocations: $860 million for the country’s share of the last allocation adopted this year in response to the COVID-19 crisis, and $275 million that Lebanon originally received...