Only a few months prior to the elections, which are scheduled for May 2022, propositions to amend the electoral law of 2017 join the political landscape. Will the elections be put off? 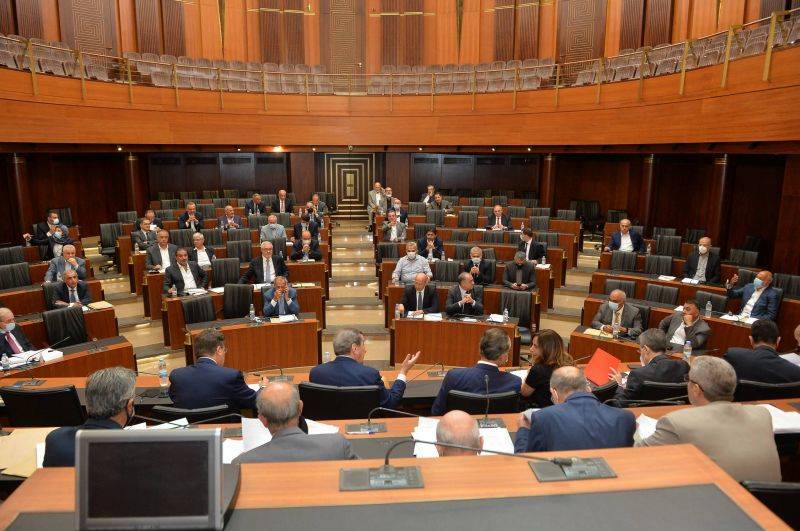 When the date for the next parliamentary elections, May 8, 2022, was leaked in the media, the joint parliamentary committees chose to debate the draft laws to amend (or to simply change) the electoral law of June 2017.

The law, which is based on a proportional representation system with 15 electoral constituencies, each involving five to 13 seats, and a preferential vote in the district, was only applied in the 2018 elections.

Despite all of the criticism it drew, this law is supposed to regulate the next legislative elections, which will mark an important milestone, given that it is the first nationwide ballot since the protest movement of Oct. 17, 2019, and that the need for a new political landscape is more pressing than ever.

While Lebanon is sinking into one of the most severe crises in its history, what would be the repercussions of debating the electoral law a few months ahead of the vote? Will such a major debate serve as a pretext to possibly put off the elections, as happened in the past?

The draft laws that were placed on the table yesterday recall a debate initiated long before the protest movement and the economic and financial crisis. First is the never-ending draft law from the bloc of Parliament Speaker Nabih Berri (Amal/Zahrani), which seeks to completely change the law, designating the whole country a single constituency with a proportional representation system and without any distribution of seats by sect.

It is no surprise that this draft law raised outcries from the two biggest Christian blocs, namely the Lebanese Forces and the Free Patriotic Movement, considering that the 2017 law led to what they view as better representation of the various religious communities in Parliament.

For once, Druze leader Walid Joumblatt’s Progressive Socialist Party joined this position. Although it does not adopt all arguments made by the two Christian blocs, it perceives that the crisis raging in the country is not favorable for a debate on the electoral law, MP Hadi Aboul Hosn (PSP/Baabda) said yesterday.

The Future Movement is somehow on the same page. Hezbollah’s MPs did not comment yesterday.

The other drafts that were put forward yesterday focused on revisiting the current law rather than introducing a transformative change: one of the texts was suggested by the bloc of MP and Prime Minister-designate Najib Mikati (Azm/Tripoli). It consists of shifting the electoral division into five large constituencies in line with historical provincial divisions.

MP Jamil al-Sayyed (Ind./Baalbeck-Hermel) submitted another text, which would allow for two preferential votes instead of one. Lastly, MP Fouad Makhzoumi (Ind./West Beirut) proposed moving the date by which elected municipal officers must resign in order to run from six months before the end of Parliament’s term to just three months prior.

In an atmosphere of “calm,” as several sources described, it was suggested to form a subcommittee tasked with discussing the various drafts. However, MP Ibrahim Kanaan (FPM/Metn) told L’Orient-Le Jour that no final decision had been made regarding this subcommittee.

One thing is for sure: this episode pointed again to the deep divide within Parliament and reignited concerns about the possibility of delaying the election if the debate over the law actually starts.

Which side is engaged in political one-upmanship?

The draft from Berri’s bloc is not new. It resurfaces every now and then under the pretext of “modernizing the system and creating a climate of national unity by opting for a single constituency.”

Yesterday, MP Qassem Hashem (Amal bloc/Marjayoun-Hasbaya) accused some groups of “playing a game of one-upmanship when it comes to the need to hold the elections on time.” He added that his political camp is also committed to meeting deadlines. “The best tool to improve the political system is through the electoral law,” he said, and described the draft law submitted by his bloc as “modern and in line with the young Lebanese’s aspiration for a secular state.”

MP Alain Aoun (FPM/Baabda) replied to these statements in a press conference. “We must not provide additional signs of instability and possible delay of the vote under such delicate circumstances,” he said, adding, “We cannot randomly evoke a secular state, just by choosing to amend the electoral law while keeping everything else in the sectarian system unchanged.”

MP Georges Adwan (LF/Chouf) summed up his party’s opinion. He said the Lebanese Forces “will stand against attempts to put off the legislative elections, which should be held as soon as possible in order to bring down this political class.”

The two Christian blocs believe that the law in force permits better representation, mainly for the Christians, and dismiss arguments in support of a single constituency. “The Syrian regime already tried, under its tutelage, to sell us the idea that a single constituency would promote national unity. Nevertheless, change cannot be brought about through texts, but rather through the behavior of the Lebanese themselves and the trust they have in one another,” Kanaan said.

Meanwhile, responding to those who say the 2017 law only deepened sectarian tensions, MP George Okais (LF/Zahle) said, “Start with the implementation of all points of the Taif Agreement, then we will discuss the abolition of sectarian representation.”

When the date for the next parliamentary elections, May 8, 2022, was leaked in the media, the joint parliamentary committees chose to debate the draft laws to amend (or to simply change) the electoral law of June 2017.The law, which is based on a proportional representation system with 15 electoral constituencies, each involving five to 13 seats, and a preferential vote in the district, was only...