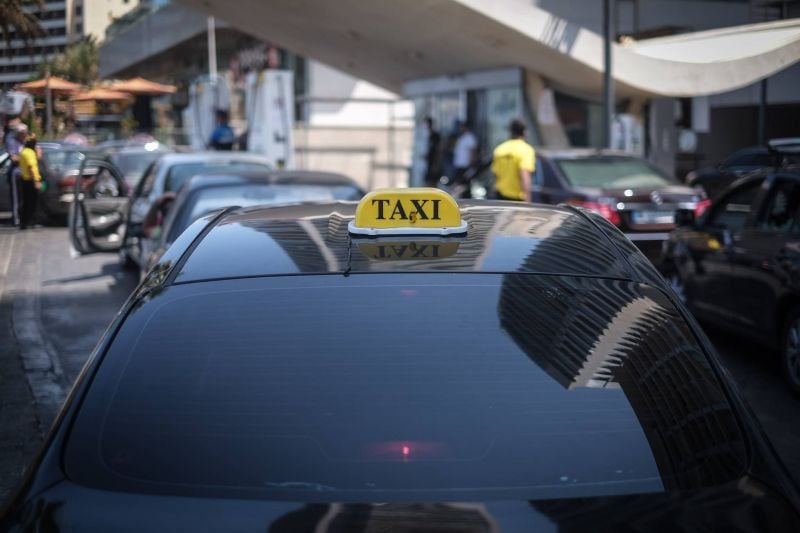 Those who rely on shared transportation have taken another sharp hit to their finances as prices of shared taxis and buses have skyrocketed. (Credit: João Sousa/L’Orient Today)

BEIRUT — About a month ago, Ahmed was fortunate to find work in Lebanon’s increasingly tough job market. The 23-year-old Syrian landed an informal gig as a construction worker in Jbeil but, because he lives in Beirut’s southern suburbs, his commute consists of a van from the airport road to Dora and another from Dora to Jbeil.

This is the cheapest form of vehicle travel in Lebanon today but, in all, it’s still LL17,000 each way. Round trip, the fares take up nearly 50 percent of his daily pay of LL75,000. Just weeks ago, the trip cost a fraction of that amount.

Nazih, 20, similarly pays up to half of his daily wages just to get to and from work. He lives in Tripoli but works at an aluminum factory in the Beirut area. Van fares on his route range from LL15,000 to LL20,000 each way, based on the driver.

These men are among the many who rely on Lebanon’s informal public transit network to get to work, and whose salaries are being taxed by runaway inflation and rising transportation costs.

As prices rise for virtually all goods and services in Lebanon, fares for the mass transit relied upon by some of the most vulnerable workers in Lebanon are not being spared.

An Aug. 25 survey by Lebanese research firm Information International found fare increases between 40 and 114 percent for taxis, vans and buses passing through the capital’s Cola and Dora transit hubs since a partial lifting of fuel subsidies led to a major fuel price increase.

Twenty liters of 95-octane gasoline now cost LL126,600 at the official price, compared to LL77,500 in early August before the government announced that it would subsidize imports at a rate of LL8,000 per US dollar instead of the previous LL3,900. Black market prices are multiple times higher. This week, a second report from Information International put the average cost of operating a private car at LL1,311 per kilometer.

A minivan from central Beirut to the southern suburbs has doubled in price from LL5,000 to LL10,000, making it 10 times more expensive than it was before the economic crisis began two years ago. A shared taxi ride, or service, in the Beirut area is now between LL15,000 and LL25,000, with variation from driver to driver. Before the crisis, a service was just LL2,000.

More than a dozen public transit commuters told L’Orient Today that commuting costs are an increasingly heavy burden on their already-inadequate salaries.

Sixteen-year-old Diyala commutes by bus seven days a week from her home in Beirut’s southern suburbs to a hotel in the Metn where she recently found a job cleaning rooms. The trip is long, but she said she had difficulties finding a job closer to her house.

Her father is sick and cannot work, Diyala said. One of her brothers is in and out of employment, and her other brother is apprenticing without pay at an auto shop in the hopes of becoming a mechanic, so her income is crucial to the family.

But for now, like many people working in more affluent areas but living in distant, more affordable regions, she will continue the long and expensive trek to work.

“A lot of riders cannot afford to go by bus or by service now. Lots of people are trying to find other ways of moving besides a car, and lots of people who used to take services are now taking buses,” said Chadi Faraj, the co-founder of Riders’ Rights, a public transit advocacy organization.

Despite the increasingly unaffordable fares facing commuters, the drivers of shared transportation vehicles, who are, for the most part, neither employed by nor supported by the government, are also finding it increasingly impossible to make ends meet given the exorbitant increase in the cost of fuel and the difficulty in obtaining it. “Public” transit in Lebanon is informal, a largely self-organized system staffed mostly by self-employed drivers.

That’s why Faraj’s organization is pushing for targeted subsidies to support the shared transportation sector, such as support for drivers or a transportation ration card for riders, rather than the existing across-the-board subsidies on fuel, which he says disproportionately benefit the rich, who consume more gasoline than the poor, and the powerful fuel cartels.

Meanwhile, other Lebanese are trying to come up with ways to blunt the impact of the transportation crisis without relying on the government. University student Douaa Kaaki and her mother Miriam Chahhoud, who works as a midwife, recently created a Facebook group to connect people with cars to others looking for rides, with riders pitching in for gas expenses.

The carpooling group, which has attracted 1,300 members so far, has suggested gas contributions of LL5,000 for short trips to LL35,000 for up to 100 kilometers. In the past, other carpooling initiatives haven’t taken off in Lebanon, but Kaaki thinks that might change as transportation costs continue to bite.

“We thought we should revive the idea of carpooling in Lebanon,” she said. “It’s really the best time to help each other.”

On Aug. 21, the government announced it would be increasing the daily transportation allowance for some public sector workers from LL8,000 to LL24,000. Two days later, Mohamed Choucair, the chair of the Lebanese Economic Organizations, an umbrella organization of business groups, announced that the body had voted to ask the labor minister to issue a decree extending the LL24,000 travel allowance to the private sector. A decree extending the allowance to the private sector has not yet been published, but companies are free to provide such an allowance to their employees in any case.

Per the state’s Official Gazette, the LL24,000 allowance for some public sector workers went into effect today, but a spokesperson for the prime minister’s office was unsure whether it would be paid to workers at the beginning or end of the month.

Mohamed Chebbo, 19, receives a LL24,000 travel allowance as a security guard in Hamra, to which he commutes six days a week from Barja, some 30 kilometers south of Beirut. The transportation allowance doesn’t cover the cost of his round-trip commute, he says, but it helps.

Unlike one fellow commuter interviewed for this article, who referred to bus drivers as “thieves,” Chebbo doesn’t blame drivers. His father is one of them, so he understands the challenges they are also facing.

“They’re taking their right,” he said of fares. “But the state isn’t helping.”

BEIRUT — About a month ago, Ahmed was fortunate to find work in Lebanon’s increasingly tough job market. The 23-year-old Syrian landed an informal gig as a construction worker in Jbeil but, because he lives in Beirut’s southern suburbs, his commute consists of a van from the airport road to Dora and another from Dora to Jbeil. This is the cheapest form of vehicle travel in Lebanon today...

A Lebanese company serves as an opaque Congolese electoral machine