‘Populous neighborhoods in Tripoli may soon spin out of control’

Between public anger and potential political manipulation, the capital of northern Lebanon has become a powder keg 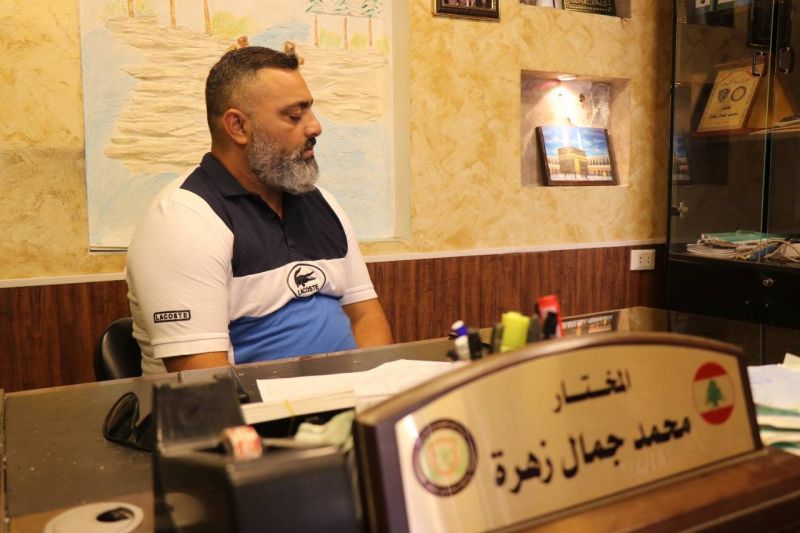 “It is normal that a social explosion will occur if no action is taken,” Bab al-Tabbaeh Mouktar Zahra said. (Credit: Souhayb Jawhar)

In his grocery store in Bab al-Tabbaneh, one of the poorest neighborhoods of Tripoli, Ihab Ksaïraoui does not hide his worry. “It’s the calm before the storm. The city is experiencing its worst time in decades,” he says, as Lebanon witnesses a severe economic crisis marked by a brutal devaluation of the lira, which this weekend reached almost LL20,000 to the dollar, as well as by record-breaking inflation.

“The price of bread has increased fivefold, and the prices of vegetables and other staple foods have become 10 times more …. The people of Tripoli have reached their breaking point. They can no longer bear this crisis,” he says, sighing wearily.

“Without a solution, disorder will once again sweep over Tripoli, especially Bab al-Tabbaneh,” the grocer cautions, adding that the most recent incidents of unrest were not premeditated, but rather the result of “people just expressing their despair.”

Less than two weeks ago, dozens of gunmen with no known political affiliation deployed in several parts of the city, including Bab al-Tabbaneh, and proceeded to fire in the air. A clash was narrowly avoided in this neighborhood between residents and the army, who came in response to the gunshots to carry out a search.

On the hill opposite Bab al-Tabbaneh, which houses the equally deprived Jabal Mohsen neighborhood, the anger about and concern for a future riddled with uncertainty are palpable.

While violent clashes had pitted the two neighborhoods — one Sunni, the other Alawite — against each other until 2014, today the residents are united in misery.

“Jabal Mohsen is no different from the other surrounding neighborhoods,” says Ali al-Jisri, who works in a local mechanic’s shop. He barely earns LL50,000 per day and said he and his family are surviving only thanks to the $100 his brother sends monthly from the Gulf, where he works.

He is also convinced that “the populous neighborhoods of Tripoli may soon spin out of control because the state is totally absent, except through its security agencies.”

The man even expressed fear of renewed clashes between Jabal Mohsen and Bab al-Tabbaneh “if the crisis is weaponized politically, thus confirming a decision to reignite this conflict.”

“People are so in need that they could be easily recruited,” he says. 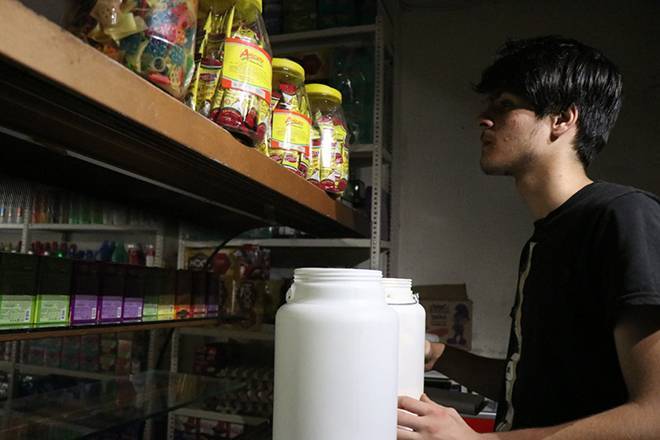 ‘We are living in a dead state’

In the vegetable market adjoining the two neighborhoods, Leila Raoui, a 59-year-old mother who lives on Syria Street, the former dividing line, says all five of her children are unemployed.

“For my neighbors and me, the times we are living in are far worse than the Civil War, the clashes and unrest in Tripoli. We are in a living dead state. Every morning, we don’t know if we will be able to buy food for the day,” she says as she weighs some tomatoes and potatoes before putting them back, discouraged by their price.

In front of a store in the Darawich neighborhood between Bab al-Tabbaneh and Jabal Mohsen, Moustapha Maoula, 16, a nursing student in a technical high school, explains that he cannot afford to take the required internships in hospitals as part of his training.

“I have to work to provide for my family, because no one else in my house works,” the teenager says. He is paid LL450,000 per month for working eight hours a day in a neighborhood store.

Moustapha dreamed of finding work at the hospital near his home, but he is no longer hopeful due to the economic crisis. Ever since a young demonstrator, Omar Tayba, was killed as security forces cracked down on protesters in January, Moustapha no longer dares to join the protests.

“If I get hurt or thrown in jail, my family’s situation will only get worse,” the young man sighs.

The unemployment rate in this neighborhood “exceeds 65 percent,” says Mohammad Zahra, the mukhtar, local mayor, of Bab al-Tabbaneh, which has about 80,000 residents. As for the school dropout rate, it “reaches 80 percent,” he adds, citing a UNESCO study.

“Therefore, it is normal that a social explosion will occur if no action is taken” by the authorities to face this crisis, the mukhtar says.

Zahra also highlights a new problem faced by the people of the neighborhood: the drinking water is now polluted, and all the residents’ calls for help remain unanswered.

When asked about the recent unrest, he explains that some parties “always try to stir up trouble between the people and the army, but the army was able to resolve the matter and acted wisely” to prevent situations from escalating. In addition, the army provided diesel to keep generators running. This has helped calm a population frustrated by severe electricity rationing and the fuel shortages, exacerbated by smuggling to Syria.

“Medicine is nowhere to be found, food prices have risen exponentially, while no public institution is providing aid, whether from the High Relief Committee or others, and nothing is clear about the ration card” promised by the government, the mukhtar laments.

A draft law establishing a ration card to benefit the most vulnerable Lebanese families was passed in Parliament on June 30. However, many obstacles remain to its implementation.

It is certain “that we are heading toward an uncharted and unpredictable period,” Zahra adds.

Samer Hajjar, an economics professor at Balamand University, is even more categorical in his expectations of difficult times ahead in the city. “It is to be expected that Tripoli is the first city where clashes break out in light of the crisis because it is the poorest and most marginalized city in the country. The state has been absent from any solution for over more than 50 years,” he explains.

According to this professor, the residents of Lebanon’s second largest city — and the poorest in the Mediterranean basin — also feel “great injustice resulting from the treatment by security agencies, while social services are totally absent.”

He believes that resentment in the populous neighborhoods is fueled by the case of more than 150 Islamist detainees from the city who were arrested in the wake of the battle of Nahr al-Bared in 2007. They have been languishing in prison for a decade without trial.

Furthermore, the general feeling of abandonment among the residents of the two districts has also fostered this sentiment. Tripoli’s MPs and ministers have “failed to play their role,” according to Hajjar, who warns that “Tripoli has a political vacuum that can easily be exploited by those who want to fish in troubled waters.”

In his grocery store in Bab al-Tabbaneh, one of the poorest neighborhoods of Tripoli, Ihab Ksaïraoui does not hide his worry. “It’s the calm before the storm. The city is experiencing its worst time in decades,” he says, as Lebanon witnesses a severe economic crisis marked by a brutal devaluation of the lira, which this weekend reached almost LL20,000 to the dollar, as well as by...

Wildfires continue to blaze in north, having razed ‘more than 100 hectares of land’

Aoun says he is ready to answer questions on Beirut blast