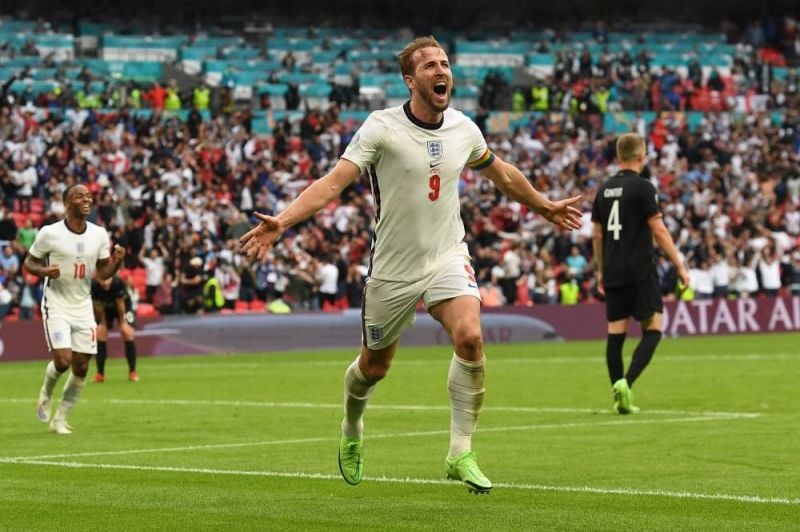 BEIRUT — The European Football Championship is usually a time of excitement in Lebanon. In past years, fans would drape flags bearing the emblems of national teams over balconies, packed venues would screen the games, honking convoys of supporters would roam the streets in celebration after every match. For a time, football would supplant politics as the most heated topic of discussion.

With the quarterfinals of the Euros approaching, the national mood should be one of celebration — all the more so because the championship was postponed from last year due to the COVID-19 pandemic.

But instead, many football fans who usually follow the competition have lost heart as the country grapples with its worst economic crisis in decades.

Twenty-five-year-old Nour Atwy says that, until this year, he watched every European Football Championship game as far back as he can remember. But now the self-described die-hard fan of the Italian national team no longer flies their flag from his balcony.

“Who has the energy to watch the Euros and cheer for countries that don’t even know we exist in this world when we are all thinking of ways to try to survive this economic crisis?” Atwy told L’Orient Today.

“It is very odd to be watching a football game after waiting for hours at gas stations to try to get fuel,” he added.

The 2020 Euros have coincided with an economic crisis that the World Bank has said is likely one of the world’s worst since the 19th century. The lira has devalued more than 90 percent, and pushed more than half the population into poverty.

The fuel crisis has also led to protracted electricity cuts and overwhelmed the private generator networks that typically supplement the state power grid, leaving many residents throughout the country in darkness for hours each day and also leading to hourslong internet outages.

“Even if I wanted to watch the games, oftentimes I can’t, because of the electricity and the internet situation everyone is suffering from,” Atwy said.

Another reason former fanatics are foregoing the Euros this year is that Bein Sports, which is exclusively authorized to screen the games in the Middle East, charges $75 for a subscription to watch the championship and accepts payment only in dollars. This is unaffordable for the majority of a population in a country where the monthly minimum wage is now equivalent to less than $40 on the parallel exchange market. As of Wednesday, the exchange rate between the lira and the US dollar was more than LL17,000 to $1.

“I have always had Bein Sports, but after the crisis it became too expensive, and I am not watching the Euros, because streaming it illegally is too much work,” says 26-year-old Ali Aideebe.

Aideebe said he used to support the Brazilian national team, until he lived in Italy for three years and started supporting its national team. Now he is living in Lebanon while searching for a job abroad.

With few exceptions, pubs, cafes and restaurants that drew in fans of all stripes can also no longer afford to screen the games — yet another blow to many community hubs that, in addition to the economic crisis, have also struggled with the COVID-19 pandemic in the past year.

A manager of one of the few bars in Beirut’s Hamra area that can afford a commercial subscription — the price of which is significantly higher than a private one and depends on the establishment’s seating capacity — told L’Orient Today that because his place is one of the few establishments screening the games in the area, it is absorbing local football fans, which in his case, at least, makes the pricey subscription worth it.

However, the manager added, “It is obvious to everyone that the excitement over football is not the same after the crisis.”

Despite the situation in the country, some die-hard fans have found ways to continue following the games, even if that means adjusting some of their traditional rituals.

Hasan Hammoud, an organizer of Italy Fans in Lebanon, a group of 2,000 fans of the Italian national football team that organizes gatherings that draw in hundreds of football zealots during major competitions, told L’Orient Today that the group has found work-arounds to obstacles that might otherwise prevent their meet-ups.

One change they made was to decentralize their meetings and spread them into multiple areas in Lebanon to make the distance members have to travel walkable or, at the very least, require just a short car journey, given hikes in transportation costs.

Hamoud also said he is being careful to select meeting points where prices are affordable for group members who are struggling financially.

Hammoud said these methods had enabled the group to sustain the number of people who, although struck by the crisis, can join others of the same ilk to watch their favorite team.

“The part that has obviously changed, though, is the celebrations after matches. People still watch games but do not want to celebrate after a win, especially becauses we usually celebrate in cars,” Hammoud explained.

“Even if people wanted to celebrate and fuel were accessible, they wouldn’t feel good about celebrating a match for Italy while the people of the country suffer daily,” he added.

Meanwhile, some individual fans have also found ways to avoid paying Bein’s fees from their own pocket and enjoy the matches.

“I prefer watching the games at a bar and paying for my beer rather than paying Bein its dollar fees, which I can’t afford anyway,” said 25-year-old Hussein Debes, who works at a bar in Hamra.

When asked whether he feels strange watching the games while the country is struggling, Debes said, “I am not responsible for the crisis. Let the people in charge feel weird.”

“Football is the poor people’s game,” he added.

“We have enough of a burden on our shoulders, and football is our only escape.”

BEIRUT — The European Football Championship is usually a time of excitement in Lebanon. In past years, fans would drape flags bearing the emblems of national teams over balconies, packed venues would screen the games, honking convoys of supporters would roam the streets in celebration after every match. For a time, football would supplant politics as the most heated topic of discussion.With...