The second edition of the ESA-HEC Entrepreneur Award kicks off 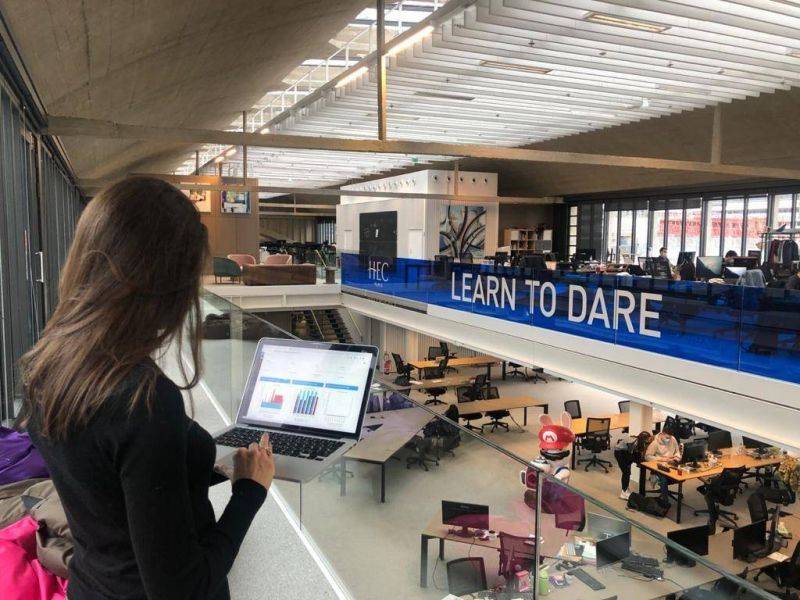 The following is an announcement from the L’Orient media group.

The second edition of the ESA-HEC Paris Entrepreneur Award has officially been launched for interested young Lebanese entrepreneurs, living in Lebanon or abroad, who wish to try their luck in this competition, supported by L’Orient-Le Jour, Le Commerce du Levant, the ESA Business School, Smart ESA, Air France, MTV, the French Embassy and the HEC Alumni Association — Lebanon Chapter. Those interested will have until May 14 to submit their application, including a presentation of their business project and a description of the product they are developing.

This competition is an opportunity for start-ups at a time when Lebanon is facing a multidimensional crisis, most prominently by the COVID-19 pandemic. The current circumstances “give even more meaning to this prize,” explains the project's initiator, Nicolas Boukhater, the president of HEC Alumni Association — Lebanon and a board member of the HEC Alumni Association — Paris. Amid all the obstacles encountered over the past year and the many upcoming challenges that will face the Lebanese, “the main objective of this award has remained the same, although it has now turned into a message of hope and resilience,” he says.

While encouraging the knowledge economy, this award is aimed at the emergence of a new generation of Lebanese digital entrepreneurs, highlighting the high-tech potential of the Land of the Cedars by offering them new expertise and greater visibility, in addition to introducing them to the international market. Finally, and above all, “the expansion of these start-ups will create job opportunities in Lebanon in the fields of technological development, IT, call centers, back-offices, etc., in the long term,” Boukhater stresses.

Success of the first edition

Launched in June 2019, the competition's first edition was a success, despite the occurrence of several crises in Lebanon. In fact, it was postponed from its originally scheduled date due to the October 17 protests against the ruling regime and the outbreak of the COVID-19 pandemic in March 2020. In the end, DIM won the award a year ago. This ambitious start-up introduced a platform that monitors the operational costs on construction sites in real time. It convinced a jury composed mostly of former HEC members, including Jean Riachi (director of FFA Private Bank), Jihad Bitar (director of Smart ESA), Antoine Leprêtre (director of the HEC incubator), Michel Helou (executive director of L’Orient-Le Jour) and Nabil Fahed (vice president of the Chamber of Commerce, Industry and Agriculture of Beirut and Mount Lebanon — CCIABML).

Each project is evaluated based on its innovative creativity, the company’s sustainability on the market, the profitability of the product in the long run and its ability to create jobs in Lebanon. Last year, apart from DIM, another start-up, Myceleum, offered a software to facilitate computer programming that also convinced the jury. It was decided that Myceleum should be awarded a prize in turn. This decision showed that the jury had a hard time choosing between the finalists, proof that young Lebanese entrepreneurs have great potential in the domain.

In addition to a $10,000 check offered by the CCIABML, DIM was able to integrate Station F, the largest start-up campus in the world, for a period of three months, supported by the HEC incubator. It was renewed at the beginning of the year for an additional three months period in recognition of the outstanding skills of the young company. “In addition to helping us at all levels — administration, legal support, fundraising and visibility — the HEC incubator has allowed us to create a very important network in the construction field. Thanks to all these resources, we founded the head company, DIM — France, and signed a first contract with a French customer in a few months only. Advanced negotiations are currently underway with other international customers for potential projects,” says the founder, Michella Abou Jaoudé.

Bassem Makarem, a co-founder of Myceleum, explained that his start-up has been well introduced to the French market and that it has gained credibility on the international market, which is “difficult to obtain when you are based in Lebanon.”

For the time being, the DIM — Lebanon branch is faring well. “Operations and development are still taking place in Lebanon following a strategic decision to stay in the country, taken with the co-founder of DIM,” says Abou Jaoudé. In fact, thanks to the expansion of the company on the international market from France, DIM — Lebanon will be able to sustain and expand, thereby creating more jobs and keeping a foot in the region.

Makarem validated this assessment, confirming that the incubation period at Station F and HEC allowed the start-up to be part of an international network where venture capitalists look for their next investment. “We are now in contact with investors from France, the United Kingdom, the United Arab Emirates and the United States who have identified us through this incubator,” said DIM’s founder.

To participate in the competition, Lebanese start-ups in Lebanon or abroad must be younger than 2 years old, and must have a product under development with a turnover of less than $500,000. For this second edition, the winners will receive a six-month incubation at the HEC incubator at Station F in Paris, with all living costs included for two people, courtesy of HEC — Paris and the French Embassy. In addition, they will benefit from exceptional visibility in the media, via L’Orient-Le Jour and Le Commerce du Levant. The finalists will also benefit from a support program provided by the Smart ESA incubator in Beirut. To apply, click here.

The following is an announcement from the L’Orient media group.The second edition of the ESA-HEC Paris Entrepreneur Award has officially been launched for interested young Lebanese entrepreneurs, living in Lebanon or abroad, who wish to try their luck in this competition, supported by L’Orient-Le Jour, Le Commerce du Levant, the ESA Business School, Smart ESA, Air France, MTV, the French...