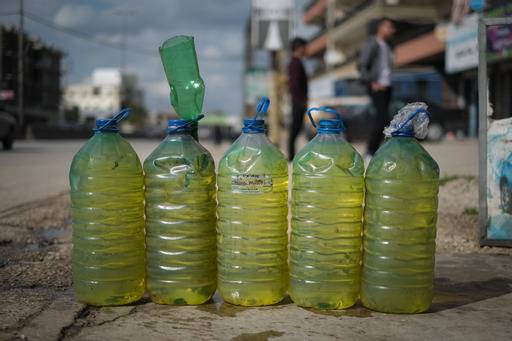 ABDEH, Akkar — The escalating fuel crisis in Lebanon has spurred a burgeoning black market for diesel and gasoline in the country’s neglected north, which has been particularly hard hit by shortages.

At the same time, the fuel crisis has led some in the northern border areas to turn to vigilante justice to combat the smuggling of subsidized diesel and gasoline to Syria, which many blame for the products’ shortages within Lebanon.

Over the past week, the fuel crisis has reached stations in Beirut, but in Tripoli and Akkar, the problem started earlier and has been more severe.

“If you visit all the gas stations in north Lebanon, I think there’s more than 60 percent of the gas stations that have not been operating for one month,” Mohamad El Dheiby, a community activist in the Minyeh area north of Tripoli told L’Orient Today. “They are closed, totally closed — not that they are closed for a few days while waiting for the fuel ship to come; no, they are totally closed for more than one month.”

That has meant long lines at the few stations that remain open, while the usual roadside sellers hawking sacks of potatoes and fruits along the highways north of Tripoli have been joined by dozens of small black market fuel sellers offering 9-liter plastic jugs of fuel; most charge around LL20,000 a jug for diesel and LL30,000 for gasoline. 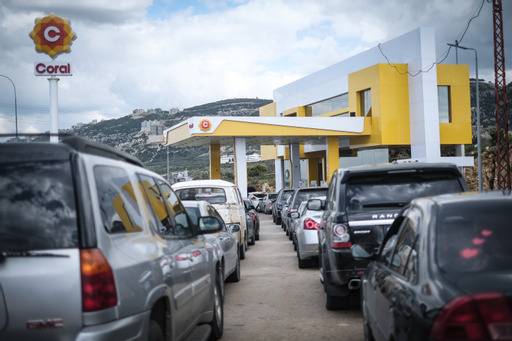 The prices represent a significant markup from the official prices set by the Ministry of Energy and Water, currently at LL26,400 per 20 liters for diesel and LL38,700 for 95-octane gasoline.

Still, one small seller stationed on the side of the road in the Mhamra area of Akkar said he was making little profit. The seller, who like other black market sellers interviewed by L’Orient Today, did not give his name, said he drives his van to Beirut, where he fills the tank and then siphons the fuel out into plastic jugs before proceeding to another gas station to repeat the process.

With many of the gas stations limiting the amount they will sell, he said, “It takes me five, six, seven hours to get, for instance, 30 [9-liter jugs] and bring them back.”

Once the cost of the fuel for the trip is factored in, he said. “We are killing ourselves all night and day to get LL50,000 or LL60,000 in profit. … If there were other work, no one would be doing this. But it’s better than stealing.”

Other sellers said they had suppliers who would sell to them in bulk. At the central roundabout in the town of Abdeh in Akkar, where four or five different groups of fuel sellers were displaying their wares on the side of the road, one seller said he had some 500 9-liter jugs of diesel and gasoline stored at his house, noting vaguely that he has “someone in Beirut” who provides him with the fuel.

“The gas stations, if they open in the day, they open for maybe two hours,” he said. Meanwhile, he added, “Diesel is being sold on the black market everywhere on the road from Tripoli to Akkar. … They are selling a tank [20 liters] of mazout for LL45,000 and they are smuggling to Syria, and who is monitoring this, who? Where is the state? Why isn’t the state monitoring this? Do they want us to start fighting each other?”

Earlier this month, after the Lebanese Army did crack down on some of the black market sellers, demonstrators blocked the northern highway at the Nahr al-Bared bridge in protest. The fuel seller in Mhamra said on a few occasions army patrols had confiscated his wares.

But on Sunday, sellers were openly operating on the side of the highway without any apparent interference by security forces.

Army officials had not responded to requests for comment as of Monday afternoon.

Apart from army raids, the illegal fuel business carries other risks. A woman who had a few 9-liter jugs of gasoline for sale last week for LL25,000 each in front of her shoe shop on the highway leading from Abdeh to Halba said that on a couple of occasions, men on motorbikes had come by and stolen jugs.

But at the Abdeh roundabout, the leader of a group of young boys hawking diesel and gasoline — who said he was 18 years old, although he looked considerably younger — told L’Orient Today that he was not worried about thieves.

“It’s happened before, but we caught them,” he said.

A customer standing nearby interjected, “No one would steal. Then his big brother would come, and his dad. They all work together.” 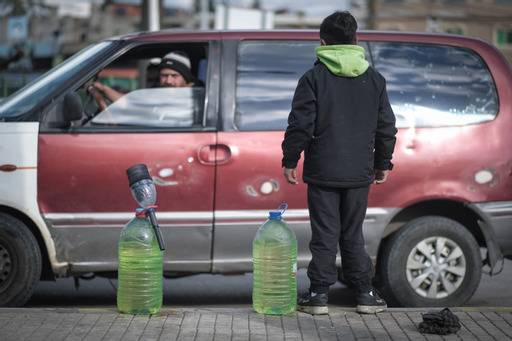 What is driving the crisis?

Fuel suppliers have blamed Banque du Liban for the shortages, saying that the central bank has delayed payments for fuel shipments, leading to delays in offloading.

Because fuel is considered an essential import, the central bank covers 90 percent of the dollar value of fuel imports, with importers reimbursing BDL at the official rate of about LL1,500 to the dollar. With foreign currency reserves being rapidly depleted, however, the future of the subsidy program is in doubt.

Mark Daou, an energy sector analyst whose family owns a chain of gas stations, told L’Orient Today previously that he believes BDL may be delaying payments for fuel shipments to preserve its remaining dollars.

But beyond the financial reasons behind the delay, many blame more nefarious factors. Sayed and Dheiby both said they believe some of the gas stations are providing their product to the black market sellers to get a higher price. Meanwhile, some of the black market fuel sellers blamed the fuel shortages in the north on smuggling.

“It’s all going to Syria, all of it,” said the leader of the group of young fuel sellers in Abdeh.

The rise of vigilantism

Alongside the burgeoning of a black market, the fuel crisis also spurred an increasing number of direct actions by locals in the northern border areas to combat smuggling.

On multiple occasions over the past month, groups of locals have waylaid suspected smuggler trucks and either called in the army to deal with them or confiscated the wares for themselves.

Last month, activists in Akkar posted videos of townspeople in the village of Takrit arriving with tanks and gallon jugs to fill up with diesel and gasoline from a truck that had been stopped by a group of young men from the area.

“This will be the fate of all the smugglers who are exploiting the people and smuggling to Syria,” one of the young men said on video, as others crowded around the truck behind him.

Last Thursday, two local men in Beddawi stopped a suspected smuggler truck and found a hidden compartment full of fuel on the underside of the vehicle, from which it was allegedly filling up tanks for other smugglers to take to Syria.

Issa Ali Naaman, one of the men who stopped the truck, told L’Orient Today that he had pulled his car in front of the semi to force it to stop and then demanded that the driver hand over the keys and called for an Army Intelligence unit to come and investigate. The driver did not put up a fight, he said.

“If they want to fight, we can fight also, but we were peaceful,” Naaman said. “There is something illegal. If you want to make a stink … you have to wait until the police come.”

Naaman described the operation as an act of self-defense.

Nasser Taleb, an activist from the impoverished mountain area of Dinnieh, said he and other activists in the area have raided warehouses where local merchants were hoarding subsidized food items and forced them to sell to the local people. They are prepared to do the same if they catch fuel smugglers, he said.

“Any smuggling truck we find … we are going to block the road and not let it pass and make the state stand with us,” he said. “If there’s no state to protect us, we will protect ourselves.”

Dheiby said the rise of self-protection units is a natural result of the general government neglect of the border areas that dates back to long before the economic crisis. But he added that the situation could easily turn violent.

“Those smugglers are protected still by gangs and by their own communities that are benefiting from the smuggling,” he said. “So we will see a lot of security incidents in the rural areas in the coming period.”

Back in Abdeh, the young man who said he had 500 jugs of fuel at home predicted that the situation in the country will become more chaotic in the coming months.

“We’re going to hell,” he said. “We’ve only gotten halfway there.”

ABDEH, Akkar — The escalating fuel crisis in Lebanon has spurred a burgeoning black market for diesel and gasoline in the country’s neglected north, which has been particularly hard hit by shortages.At the same time, the fuel crisis has led some in the northern border areas to turn to vigilante justice to combat the smuggling of subsidized diesel and gasoline to Syria, which many blame for...

Commercial bank depositors will recoup up to $25,000 in cash, BDL says, but offers little explanation of how