Ten seats in Parliament are vacant. Here’s why they haven’t yet been filled, and what to expect regarding by-elections 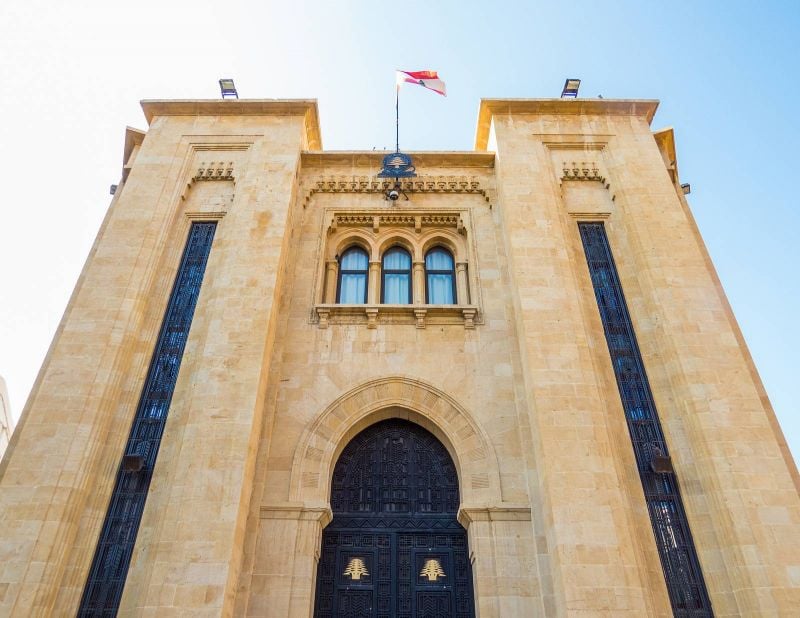 BEIRUT — More than six months after the resignation of eight members of Parliament in the aftermath of the Aug. 4 Beirut port explosion and a month following the deaths of two other MPs, Lebanon has yet to hold by-elections to fill any of their seats, despite being constitutionally obliged to do so within two months of a vacancy arising.

Caretaker Interior Minister Mohamed Fehmi has, since late August, moved toward organizing necessary by-elections, yet not one poll has materialized.

Article 41 of Lebanon’s constitution stipulates that by-elections should be held within two months of the resignation or death of a parliamentarian, unless regular elections are already scheduled to be held within six months.

The current Parliament’s mandate is set to end in the first half of 2022, making the lack of by-elections a “clear constitutional violation,” according to legal expert and international lawyer Antoine Sfeir.

What is slowing the process of holding polls to appoint parliamentarians to empty seats — the most to be simultaneously vacant in Lebanon’s 128-member chamber of deputies in the post-Civil War period — and what are the implications of delaying polls and leaving these seats unfilled?

The ongoing tale of 10 empty seats

Later that month, on Aug. 24, Fehmi signed a decree inviting electoral bodies to organize polls for these seats before Oct. 13. He then, in accordance with due process, referred this decree to the government.

However, on Sept. 2, the Legislation and Consultation Committee at the Ministry of Justice issued a legal recommendation proposing that the by-elections be postponed for several reasons.

It argued that holding by-elections during the coronavirus pandemic would risk exacerbating the crisis, while the damage caused by the Aug. 4 explosion meant several schools in Beirut could not be used as polling stations.

The committee also argued that the state of emergency, which came into effect following the explosion and restricted movement, would limit the electorate’s ability to make it to the polls to vote over just a one-day period. However, while the constitution imposes a one-day deadline for voting in general elections, it does not specifically do so for by-elections.

The commission’s recommendation “only serves as an opinion and is not binding,” Sfeir said, adding that the government has a constitutional obligation to hold by-elections.

Michel Murr (Ind./Metn) and Jean Obeid (Azm bloc/Tripoli) died within one week of each other last month of complications from COVID-19, bringing the question of by-elections for vacated parliamentary seats to the fore once more.

On Feb. 18, Parliament Speaker Nabih Berri seemingly threw his support behind filling the empty seats, prompting Fehmi to set the end of March as the deadline for elections.

One week later, Fehmi appeared to backtrack, telling a local daily newspaper that any by-elections will be held in May at the earliest and placing the onus for ensuring their execution on the Finance Ministry.

“The Interior Ministry is ready to organize the elections, but it is up to the Finance Ministry to see if it can secure the LL8 billion needed” to hold them, Fehmi said.

By-elections have to be greenlit by the president, prime minister and finance minister as holding them entails spending, Sfeir told L’Orient Today.

However, Ziad El Sayegh, a public policy expert, contends that cost is not a genuine obstacle to holding the polls. “Officials are merely using the excuse of cost, among others, as a smokescreen,” he said.

“If officials wanted to abide by the constitution, they would find a way to hold these elections,” he added.

Under what law would by-elections be held?

Article 43 of the electoral law passed in 2017 stipulates that by-elections be held based on a proportional voting system if more than two vacant seats need to be filled in a given electoral district. This will be the case in Metn, where three seats are presently free.

If two or fewer seats in a district are vacant, by-elections are held in accordance with the majority voting system. This system will be applicable in the constituencies of East Beirut, Zgharta, Tripoli, Kesrouan, Aley and Chouf.

The polling stations within each district are determined by the interior minister. Candidate nominations and withdrawals must be complete at least 15 and 10 days before the date of the elections, respectively.

A short history of Lebanon’s by-elections

Lebanon has been forced to hold dozens of by-elections in the postwar era, mostly as a result of deaths or assassinations.

For the most part, authorities have abided by their constitutional obligations.

By-elections were held to replace former MPs Pierre Gemayel, Gebran Tueni and Walid Eido, staunch anti-Syrian lawmakers who were killed during the wave of assassinations between 2005 and 2007 that followed the murder of former Premier Rafik Hariri.

Timely by-elections were also held for nine other MPs who passed away between 1992 and 2014.

In 2018, a by-election was held after MP Dima Jamali (Future/Tripoli) was unseated through an appeal before the Constitutional Council — the only successful challenge to the results of the May 2018 general elections. Jamali successfully retook her seat in the by-election.

Yet a number of constitutional violations have also been committed throughout the years.

Antoine Ghanem, another anti-Syrian lawmaker, was killed less than a week before Lebanon’s Parliament was due to elect a new president in 2007. Ghanem’s seat was never filled through a by-election after authorities cited security concerns.

“By-elections for these seats were never held because of political calculations,” Sfeir told L’Orient Today, as Lebanon was set to hold its first general elections in nine years in 2018.

With Lebanon facing two political decision-making junctures in 2022 — the first in May to elect a new Parliament, which will determine the second, electing a new president — it remains to be seen if officials will move forward with holding 10 by-elections that might have drastic political and constitutional implications.

“I think the direct implication of not doing the by-elections is basically the breakdown of the state and the effective undeclared suspension of the constitution,” said Mark Daou, who was a candidate in the 2018 elections and is a founding member of Taqaddom, a small democratic progressive party. His party, part of an alliance with other groups and resigned MPs, has yet to decide whether it will partake in any by-elections.

This was echoed by Sayegh, who labeled today’s political landscape as “an overthrow of Lebanon’s constitution.”

“A number of traditional parties do not want to hold by-elections because their drop in popularity will not permit them to elect their representatives,” Sfeir said, signaling that their opposition to holding by-elections will lead to a similar resistance to holding the 2022 general elections.

According to Sayegh, there is a genuine fear among the ruling class that the results of by-elections will show the discontent of Lebanese voters, highlighting a “dramatic shift in popular opinion.”

“They are afraid of giving people a chance to show their true intentions,” he said, with “by-elections setting the stage for what’s to come during the general elections, and that is something they refuse.”

Sfeir was unequivocal: “It is very important that these by-elections are held because the ruling class’s desire to cripple the country’s democratic systems is clear.”

Failing to hold by-elections also degrades the system of checks and balances, Sfeir said, cheapening the country’s “system of control or sanctions.”

Delaying or shelving by-elections “goes against the principles of Lebanon’s democratic and parliamentary regime, it’s a right that should be safeguarded for the Lebanese people,” he added.

BEIRUT — More than six months after the resignation of eight members of Parliament in the aftermath of the Aug. 4 Beirut port explosion and a month following the deaths of two other MPs, Lebanon has yet to hold by-elections to fill any of their seats, despite being constitutionally obliged to do so within two months of a vacancy arising.Caretaker Interior Minister Mohamed Fehmi has, since late...