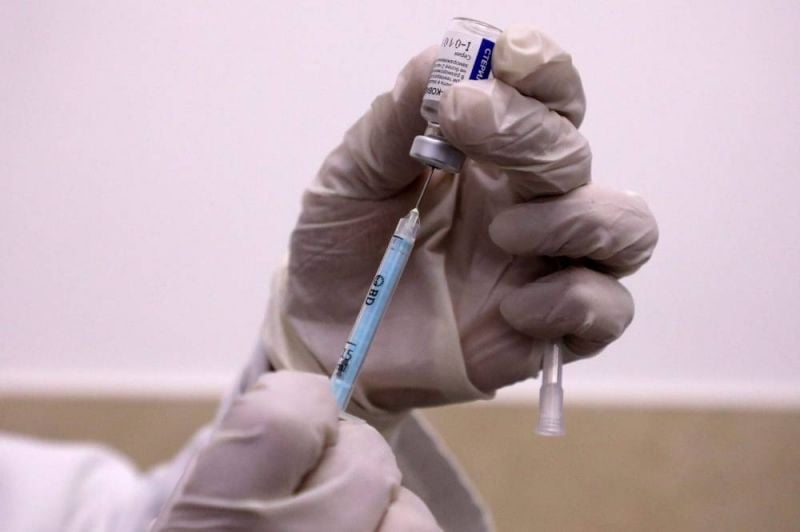 BEIRUT — By the end of this year, the Health Ministry aims to vaccinate up to 80 percent of the population against COVID-19. However, with only enough doses on order for half Lebanon’s residents, the private sector is stepping in to fill the gap — a move that the ministry has welcomed with open arms.

“If you see the number of vaccinations obtained by the Health Ministry and the batches they will arrive in, it’s simply too slow,” Georges Ghanem, the chief medical officer at the Lebanese American University Medical Center-Rizk Hospital, told L’Orient Today.

“We are in a life or death race against the spread of the pandemic — we don’t have the luxury of time and we cannot rely on the Health Ministry alone.”

This Saturday, the first 28,000 doses of the Pfizer-BioNTech COVID-19 vaccine are set to arrive in Lebanon, ahead of the launch of the vaccination drive next week.

The Lebanese state has made a deal to acquire 2.1 million doses of the Pfizer-BioNTech vaccine and around 2.7 million vaccine doses from the World Health Organization’s COVAX platform. It is also in negotiations with Europe’s AstraZeneca to secure 1.5 million doses of their vaccine.

As these vaccines each require two shots to provide sufficient immunity, the doses secured so far are only enough to cover some 3 million people — around half of the population.

So, private sector actors, including LAU, are being encouraged to step in to fill the gaps and support efforts to achieve “herd immunity,” where enough people have achieved resistance to the virus so that it is unable to spread.

“The government is willing to partner with private initiatives, as long as they are public and transparent,” said Abdul Rahman Bizri, the head of the national committee on COVID-19 vaccines. “The aim is to immunize the largest percent of the population as quickly as possible.”

The Health Ministry has formed a special committee to govern private sector imports of the vaccine. Bizri, who sits on this subcommittee, said that there has already been “a lot of interest” from the private sector and the committee has received requests for import permissions from groups including religious institutions such as the Maronite League, NGOs and several banks.

“The public health care sector has been weakened by years of policy decisions, so it’s not surprising that the private sector will be actively involved,” said Nadeen Hilal, a health policy researcher at the American University of Beirut’s Knowledge to Policy Center. “The government alone will not be able to meet vaccine needs.”

Under the strategy for COVID-19 vaccinations released at the end of January, any private entities wishing to import vaccines can only do so after getting approval from the committee. They must also ensure everyone who receives the vaccine under their private vaccination programs is registered via the Impact platform for COVID-19 vaccinations, Bizri said, so that “we know who is being immunized and we can calculate herd immunity.”

At the moment, all of the efforts in the private sector to import COVID-19 vaccines to Lebanon are hypothetical, with no one yet able to close a deal and secure doses.

“One of the biggest issues the private sector is facing is actually finding the vaccines,” Bizri said. “Everyone in the world is competing for them.”

Pfizer announced that it would have to scale back production at its Belgium plant in January, leading to shortages in the UAE and Europe, while a shortfall in the AstraZeneca vaccine caused diplomatic strife between the EU and the UK.

In any case, Pfizer and AstraZeneca have said they will only make deals with governments directly, Bizri said.

Therefore, importers have set their sights on two other vaccines: the Russian-made Sputnik V and one from China’s Sinopharm. The national committee on COVID-19 vaccines approved the emergency use of the Sputnik V vaccine last week, while discussions on the Sinopharm vaccine should take place by the end of this week.

Sputnik V was initially dismissed as it was rolled out before late-stage trials, but interest was renewed when a recent study published in British medical journal The Lancet found it to have 92 percent efficacy against COVID-19. The Sinopharm vaccine is currently being rolled out in the UAE, where local phase-three trials found it to be 86 percent effective.

A question of priorities

In the private sector, each organization has its own priorities and these may diverge from the official list of priorities set out by the national vaccination strategy, i.e. health care workers, the elderly and those with pre-existing conditions.

The Association of Lebanese Industrialists is one of the groups exploring the possibility of obtaining the Sputnik V or Sinopharm vaccines to inoculate the some 195,000 people who work in Lebanon’s factories, according to Ziad Bekdache, the association’s vice president.

“We cannot count on the government,” he said. “This is why most of the private sector is looking for themselves.”

“This is a good investment to keep factories running,” he added.

Under the government’s plan to reopen Lebanon’s businesses in four stages, factories are required to abide by strict safety requirements, such as limiting capacity to 30-50 percent and conducting regular testing.

The closure of industry during the recent lockdown has already been criticized for causing significant damage to an essential sector of the economy.

MPs Fouad Makhzoumi and Michel Daher have also said they are working on importing vaccines to be distributed to poor communities via their respective charitable foundations, which prompted criticism that vaccines were being exploited as a tool of political patronage.

“Not only is this bad politics, but it’s also bad public health,” Ghanem said.

Middle East Airlines, Lebanon’s national air carrier, is also exploring the possibility of getting vaccines for its staff, said CEO Mohamad El-Hout, following in the footsteps of Emirates airline, which began vaccinating its cabin crew and pilots last month.

At LAU, any successful deal to obtain vaccines would allow the university to offer free vaccinations to staff and students, Ghanem said, adding that “if we have extra, then we’d move on to the parents.”

Such different sets of priorities do not appear to be problematic for the Health Ministry.

“While the vaccines coming via the Health Ministry will be administered according to guidelines recommended by the national vaccine committee,” Bizri said, “those coming via the private sector … will be distributed per requirements of those doing it.”

However, for Hilal, this would mean Lebanon was not compliant with “the principle of vaccine equity” and would “come at the expense of high-priority groups.”

While the Health Ministry’s specialized committee has a mandate to set out a system for private sector imports, a complete strategy has not yet been fully formed.

“We need to have good collaboration between all players; otherwise, we could end up in a situation where only the privileged get the vaccine, or [there is] the emergence of a black market,” Ghanem said.

Hilal agreed. “The most important thing here is that there should be a complementary relationship between the two sectors,” she said. “There must be close monitoring and full transparency.”

BEIRUT — By the end of this year, the Health Ministry aims to vaccinate up to 80 percent of the population against COVID-19. However, with only enough doses on order for half Lebanon’s residents, the private sector is stepping in to fill the gap — a move that the ministry has welcomed with open arms.“If you see the number of vaccinations obtained by the Health Ministry and the batches...

Ready for your COVID-19 booster? Here's how you can get it — and why health experts say you should

Warning of looming heating tragedy, Arsal calls for help from the international community