At the helm of the Lebanese National Higher Conservatory of Music for only a few months, and despite recent efforts to improve working conditions, renowned soprano Hiba al-Kawas faces a strike by teaching staff. 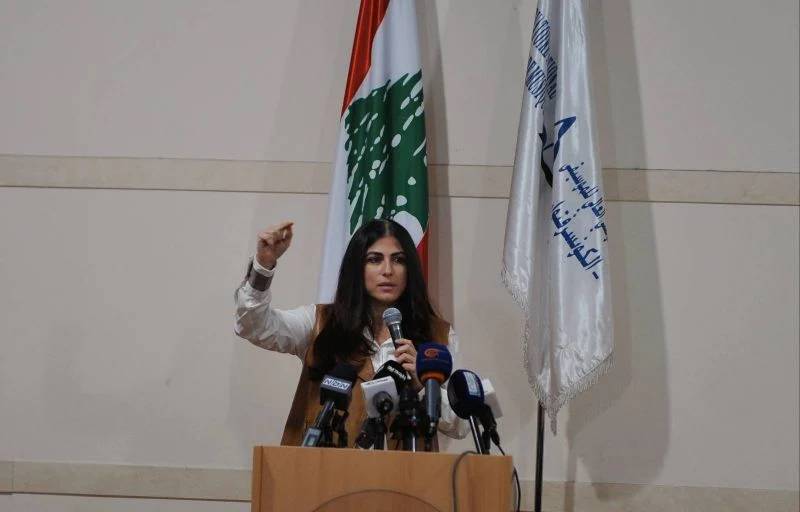 Hiba al-Kawas: ‘No salary without work. No work without salary.’ (Credit: D.R.)

The same teaching staff first went on strike on Oct. 27, but the action was called off three weeks later. “We are making a call for help to save the conservatory. We demand a salary increase, as well as compensation for the transportation costs and months worked since the devaluation of the Lebanese lira,” which has lost nearly 96 percent of its value in the past two years, Dorlian told L’Orient-Le Jour by phone. “While the entire national education sector was on strike, we continued to work. Even at the height of the COVID-19 health crisis, we provided online classes.”

‘A plot against institutions’

At a press conference held a day earlier, Jan. 10, at the conservatory’s Sin al-Fil headquarters, Kawas denounced “those who have an interest in misinformation about her action,” while refraining from naming them. When contacted by L’Orient-Le Jour, neither Kawas nor her press officer gave further details on this matter, stressing that it was about individuals and not public or private entities.

“I will not be lenient with those who plot to destroy the conservatory and state institutions in general,” she said, addressing journalists, board members, musicians and teachers who came to listen to her in the main hall of the music institute.

Founded in the 1930s by Wadia Sabra, the composer of the Lebanese national anthem, the National Higher Conservatory of Music has been in crisis for several years, with a significant number of departures among musicians and teachers, defections and increasing absenteeism at the fifteen or so branches across Lebanon.

The impossibility of ensuring a decent salary for the teaching and orchestral staff led former director Walid Moussallem to throw in the towel in June 2022, after six years of dedicated service. It was not his first resignation, having first tried to withdraw in 2018, facing the obstacles related to the teaching restructuring and export of music produced in Lebanon. He returned to the position two years later, however, following the untimely death of Bassam Saba from COVID-19.

Barely six months after taking the director’s chair, Kawas has managed to have cabinet approve a decree issued last December, following a joint decision of the ministers of finance and culture. “An increase in the salaries of musicians, teachers and orchestras is planned, starting Jan. 1, 2023, along with compensation for their transportation costs and months worked during the past year,” Kawas said. “Everything I do shows my willingness to meet the demands of everyone, and I go as far as knocking on the doors of ministers and specialists to speed up the task. So what is the motive behind these suspicious movements?” she asked.

“But even if it is ratified, we do not know what is in the decree,” said Dorlian, of the music teacher’s league. For the moment, the conservatory’s management suggested that teachers come to work one day a week and give the rest of their classes online, which is unacceptable given the costs that this entails in terms of subscription to the generator and the internet.” Dorlian also denounced the fact that deductions were made from the teachers’ salaries during the three weeks of strike at the end of 2022.

A member of the conservatory’s board of directors for many years, Kawas recalled during her press conference that she had negotiated an agreement with the government hospital in Baabda to cover the cost of hospitalization of the staff, and said that further agreements with hospitals were expected.

“In exchange for all these achievements, and in order to ensure the continuity of the institution, there are duties and laws to be respected. I am in favor of ending corruption in Lebanon in all its forms, and only respect for the rule of law will allow this to happen. Therefore, I will not defend those who use the current situation as a pretext to evade their responsibilities, taking on extra work at the expense of their duties at the conservatory. Therefore, any hours not worked will be deducted from anyone’s salary, in accordance with the law,” she told the assembly. “There is no salary without work and no work without salary.”.

The director also announced that she’d obtained regular financial support from abroad, from Arab and international donors. “We are currently developing Arabic, Eastern and Western music programs,” she said. “We would also like to develop teaching methods and recruit foreign professionals.”.

The conservatory will relocate to a new building in Dbayeh, donated by the Chinese government, at the end of 2023. As the conservatory nears its centenary, Kawas hopes to make the institution a landmark in the Middle East for its administration, specialized training, state-of-the-art philharmonic theaters and music halls.

This story was first published in French in L'Orient-Le Jour, translated by Joelle Khoury.

A little more than six months after her appointment as interim head of the Lebanese National Higher Conservatory of Music, Hiba al-Kawas — best known for her soprano voice and composition — is facing a strike expected to last “until full rights are obtained.” General Federation of Lebanese Trade Unions head Maroun al-Khouli announced the job action Jan. 11, during a joint press...