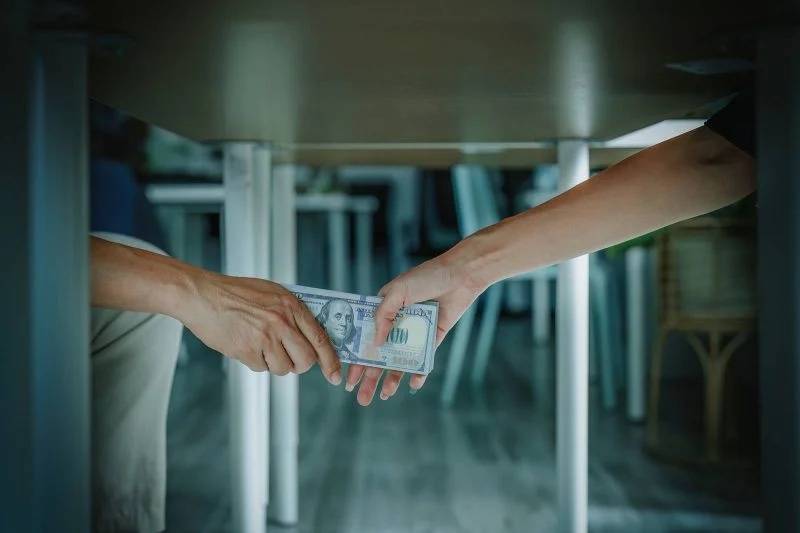 Corruption is an absolute and endemic evil that corrodes the most fragile societies, such as the Lebanese society, which is trapped in its own paradoxes and community demons.

It is also a negation of the rule of law that leads to an inequitable distribution of resources and prevents sustainable and balanced development.

It hinders economic and social stability and is a major obstacle to investment, especially foreign investment, in the context of healthy and fair competition.

Its effects are so harmful that it has been the subject of a global commitment at many countries’ national level to eradicate it or at least limit its perverse and destructive effects within the framework of a common strategy materialized by the United Nations Convention against Corruption which Lebanon signed in 2008.

Yet, despite this membership and the subsequent passage of a plethora of anti-corruption laws in recent years — which some members of Parliament do not hesitate to introduce as the fruit of their own initiative and laudable efforts — corruption continues to spread throughout the country’s services and sectors, and to reinforce the state failure by warlords who dried out public finances and destroyed its remaining institutions.

A matter of will

How to fight against this evil and the impunity characterizing it? There are different opinions. Some say that the laws in place are sufficient and that they must be applied. Others consider that they are either incomplete or insufficient and that other tools or measures are still necessary and need to be implemented quickly.

The truth lies in between these two positions and depends mainly on the will and commitment of those who want to lead this fight and persist in implementing reforms against all odds in a “kleptocracy” made gangrenous by clientelism and sectarianism.

But there is still hope! As the values and slogans of the short-lived popular uprising of Oct. 17, 2019 suggested, the way out of this vicious circle will be to show that respect for fundamental values such as honesty, citizenship, the rule of law, accountability and transparency is necessary, indeed indispensable, in order to develop and build a new Lebanon.

Such a specification may seem utopian, but moving in this direction is actually everyone’s responsibility: from the reformed management of administration and public finances to the creation of a social safety net guaranteeing the basic rights and dignity of citizens and residents, to the attraction of foreign investments, to reforms in the water, waste treatment, energy or transport sectors.

The structural reforms necessary to reach this objective set a number of challenges and imperatives left unresolved for too long by an unbearable political class.

However, Lebanon must now, more than ever, take up these challenges, unless it wants to see its situation worsen from being very serious to practically compromised and irremediable, and sliding towards bankruptcy.

In this respect, the way to go is obviously through an approach involving accountability and zero tolerance, with a strict application of the legal provisions already enacted in the fight against corruption.

Indeed, there are many texts which, by virtue of the areas covered and the sanctions provided for, are able to flush out reprehensible and illegal practices, both old and new, trace illicit financial flows and identify their origins by unmasking corruptors, corrupted parties and accomplices.

However, it is necessary to ensure the presence of a framework conducive to good and sound execution, far from any recuperation or misappropriation of purpose or goal.

This legislative and regulatory arsenal should also be backed by accompanying measures, such as ensuring that the judiciary has a moderate independence that would allow it — after a review and internal cleaning work — to ensure that the rules of law and impartiality prevail.

Breaking out of apathy

All of the above is certainly indispensable, but remains insufficient if all the Lebanese actors do not cast off their apathy and their sectarian and clan-based straitjacket to engage in action and pressure in order to ensure that justice is done and that the true responsibilities are determined before any distribution of losses or restructuring of the system.

The policy of burying one’s head in the sand and resetting the button must be definitively banished, because while “forgiveness is not the same as forgetting,” amnesia must no longer prevent true forgiveness and the advent of a new social contract based on equity, justice, solidarity and dignity.

These actors must also prioritize transparency and financial integrity in order to achieve sustainable development and an increase in public resources to meet the needs of the population, which has been misused, impoverished and damaged by a series of successive disasters and the inability of the state to fulfill its “providential” role.

Above all, they should understand that the fight against corruption and illicit financial practices is a systemic problem that requires a citizen’s commitment and equally systemic solutions and reforms.

Everyone has a role to play: the diehards still in office must overcome their fear and work for reform of the system and strict enforcement of laws and sanctions.

Civil society must continue to exert pressure to hold leaders accountable and have voters assume their responsibilities. It must also, through its actions, raise public awareness of the real problems and enable the public to understand the issues in order to take better actions.

Finally, private economic agents must change their habits and adhere to stricter rules and standards that may seem less advantageous at first, but will prove more beneficial over time.

Despite this understandable skepticism, one must finally understand that only concerted efforts and measured risk-taking can get us out of the destructive vicious circle of stasis and onto the path of virtuous action.

We are all caught in the same storm, even if we are not all in the same boat. We should therefore be careful not to row against the current so as not to annihilate our efforts and prevent any progress.

Karim Daher is a lawyer, a teacher at Saint Joseph University and a member of the UN Facti Panel. His most recent book is "Taxes in Lebanon" (Hachette Antoine, 2017).

Corruption is an absolute and endemic evil that corrodes the most fragile societies, such as the Lebanese society, which is trapped in its own paradoxes and community demons. It is also a negation of the rule of law that leads to an inequitable distribution of resources and prevents sustainable and balanced development. It hinders economic and social stability and is a major obstacle to...

Either submission or war