Local authorities continue to trade blame for the flooding and compensation for the victims remains to be seen. Still, the climate phenomenon experienced on Monday is likely to recur.

The family apartment of Johnny Semaan, in Jounieh's Sahel Alma neighborhood, was not destroyed by an act of war, even if looks that way.

It was devastated by the floods that took place on Monday, drowning many roads and localities in this steep part of the city.

Following heavy rains, the floods accumulated due to the infrastructure's inability to absorb the large volume of water, garbage clogging the rainwater drainage channels, and localized overflow of watercourses. Many motorists were trapped.

Properties, such as that of the Semaan family, were in the path of the floods.

“What happened in my apartment is unprecedented in Lebanon. I thought it only happened in very remote places,” said Semaan, his voice audibly tired. He frequently stops to address other people in the wreckage site that was, before Monday, a peaceful apartment.

Photos and videos show the extent of the damage. In one video, brownish water rushes through an earthwork garden before dumping into the apartment, which is built into the hillside.

“All the windows were broken, there is nothing left. Neither furniture, nor parquet, nor clothes, nor balconies. Nothing,” said Semaan.

The bedroom of the young couple's two children is totally destroyed and it is “almost impossible to get in,” according to a female voice in one of the videos.

“It's a 310 square meter apartment that we just moved into, and it's uninhabitable,” said Semaan. 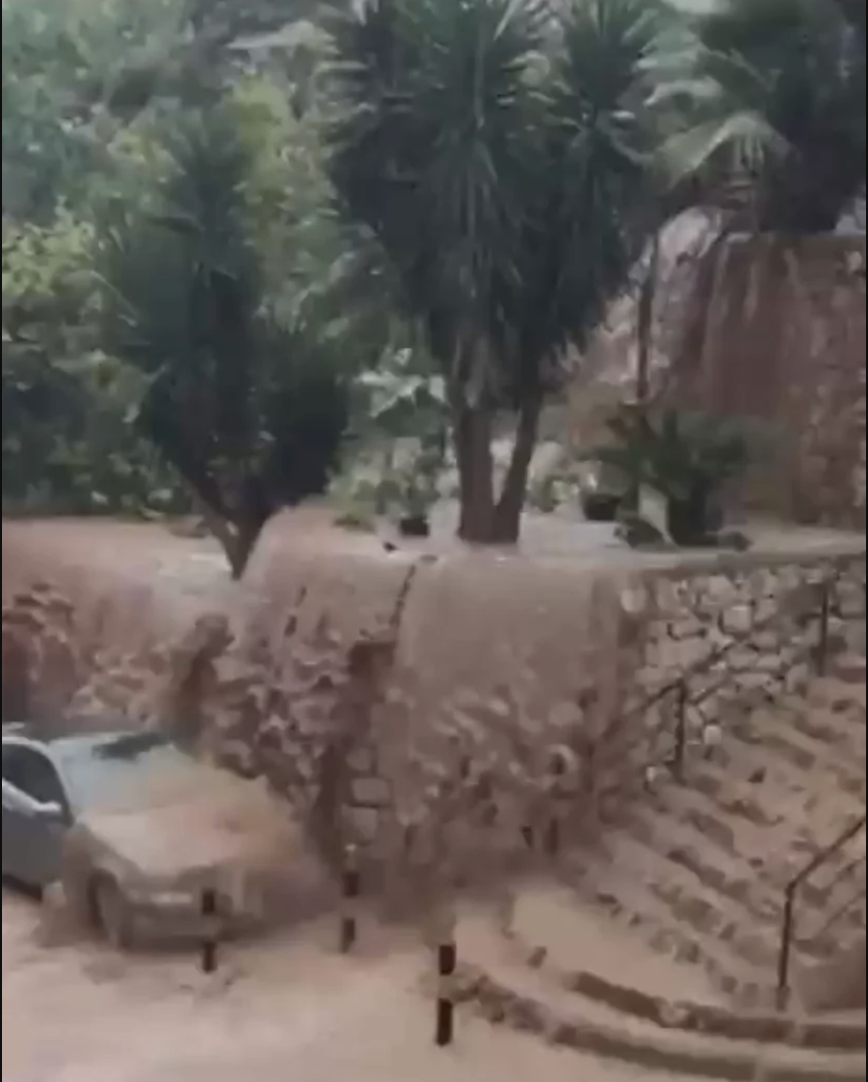 Cascades of brown water overflow a terraced garden before rushing into the Semaan family's apartment. (Screenshot of video courtesy of Johnny Semaan)

More than 100mm in two hours

The recurrence of floods in Jounieh and Kesrouan since early November is cause for deep concern.

“On the day of the floods … 100 mm of rain fell in Jounieh in a few hours, knowing that the annual average is 800 mm,” said Juan Hobeich, chairman of the Jounieh municipal council and the Federation of Municipalities of Kesrouan. “We must understand that the climate has changed and our infrastructure is inadequate.”

According to the Lebanon Weather Forecast, Jounieh has flooded three times since the beginning of November. In total precipitation from three separate rainstorms that month was 446 mm, or half of the city's annual average, the site noted.

The site blamed the inadequacy of the dilapidated infrastructure and residents' habit of throwing garbage from their cars. It noted, however, that Monday's storm was “out of the ordinary.”

This does not exempt Lebanese authorities from their responsibilities. However, Lebanese officials continue to trade blame.

In a tweet published Monday, Public Works Minister Ali Hamiyeh pointed a finger at “the encroachments on public domains where rainwater drainage channels pass.” In a later radio interview, he cited the Sahel residential project in Sahel Alma, guessing that the adjacent infrastructure was one of the causes of the water overflows.

In essence, he placed blame on the projects of the Ministry of Energy and Water and the municipalities, adding that the responsibility of his ministry is limited to the main roads.

Speaking to L'Orient-Le Jour, Hobeich pointed out that the Sahel residential project dates back to 1987, as does the road leading to it.

“The contractor who executed this road had planned a pipe of 60 cm in diameter, which thirty years ago was quite sufficient, but is no longer sufficient today,” he said.

“We are all responsible, but we need to know how much. The Ministry of Public Works is responsible for the main roads, including highways, as well as for the permits granted to projects like the Sahel project or buildings near the coast which, since they are higher than the traditional buildings, are now hindering the flowing drainage of water to the sea. The municipality takes care of the internal roads and their maintenance. The Ministry of Energy and Water is responsible, for its part, for the works in the watercourses, as well as the crackdown on abuses against these courses.”

Kesrouan MP Chawki Daccache condemned trading of blame and said he has had difficulty obtaining accurate information since Monday's disaster, despite having contacted all officials.

“The same scenario is being repeated every year as if the rainfall is surprising,” Daccache said during a press conference Tuesday. 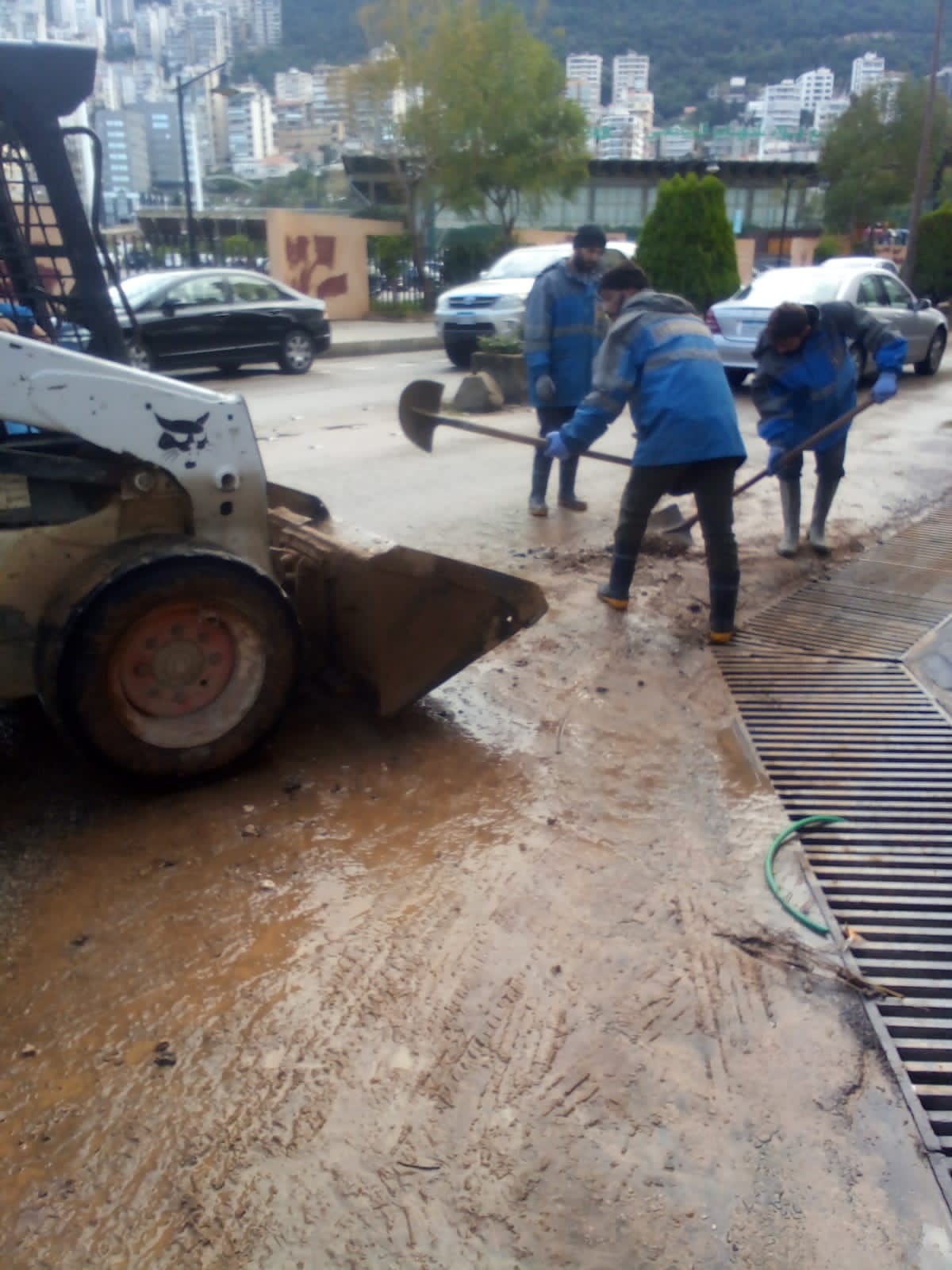 The matter remains unresolved for the victims in Kesrouan.

Semaan said no one is responding to his requests for compensation and that no official inventory of the damage has yet been made. He said he thinks his apartment is irreparable.

“It would cost thousands of dollars, from where do you want us to secure such sums?” he asked.

Who should compensate the victims?

“The Higher Relief Committee, in such cases,” said Hobeich.

Daccache, for his part, called on caretaker Prime Minister Najib Mikati to give his instructions to the Higher Relief Committee (HRC) to compensate the inhabitants of Kesrouan.

However, he stresses to L'Orient-Le Jour that, if the inhabitants of the region are neglected while in need of state support, he will support them in a protest movement.

L'Orient-Le Jour reached out to HRC chairman, Gen. Mohammad Kheir, but he was unavailable for comment.

The family apartment of Johnny Semaan, in Jounieh's Sahel Alma neighborhood, was not destroyed by an act of war, even if looks that way.It was devastated by the floods that took place on Monday, drowning many roads and localities in this steep part of the city.Following heavy rains, the floods accumulated due to the infrastructure's inability to absorb the large volume of water, garbage clogging...