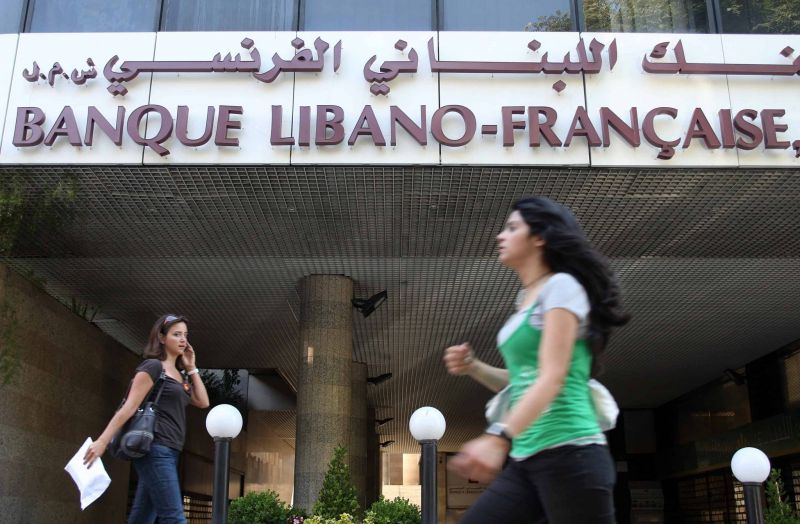 Gorges Gabriel Bitar, a Syrian-British national, won a lawsuit launched in February 2021 against the Banque Libano-Française (BLF) — a second triumph for the depositor who previously won a lawsuit against Bank of Beirut before a British court.

This time around, the case was also heard in the British High Court of Justice — the Queen's Bench division — which sided with the depositor.

Bitar, like so many other depositors in Lebanon, has been trying to challenge the illegal restrictions on foreign currency accounts implemented by the banking sector since the onset of the economic crisis in 2019.

On Monday, the Association of Depositors in Lebanon — founded by Hassan Moughaniyeh in early 2020 to offer free legal and financial advice to indignant depositors — announced the British court's decision, which has not yet been made public or sent to the stakeholders.

The court told L'Orient-Le Jour that finalizing, drafting, and publishing the decision would require “a few days.”

Ibrahim Harb, head of the Association of Depositors' media and communication office in London, confirmed that the court issued a decision during a hearing session on Monday.

The BLF has now “five days” to transfer the funds to Bitar in London— an obligation subject to a penalty in the form of interest payments in case of delay, the association also said in a Monday statement.

The BLF did not provide any comment, because it said it has yet to be notified of the British court's ruling.

This ruling follows a previous decision made in October 2021, which confirmed the court's jurisdiction to handle Bitar's case.

According to a 2021 statement by the British lawyer Michael Kent QC, who represented Bitar in London, Bitar mentioned that the bank proposed to return his money via “a special form of bank check issued by the central bank” because of the crisis.

“This would result in effectively trapping the money in the Lebanese banking system,” the lawyer said. “These checks can only be deposited in Lebanon."

Dollar payments in this form are colloquially known as “lollars,” which are worth only about 40 percent of fresh dollars, according to Kent QC.

Indeed, a few months after the crisis broke out, Banque du Liban made a distinction between “Lebanese dollars” (lollars) blocked in banks and “fresh dollars,” which are funds located outside the Lebanese banking system or transferred from abroad.

Since then, depositors in Lebanon have had no choice but to withdraw their dollars in Lebanese lira at a minimal rate (LL8,000 per dollar) compared to the parallel market rate, which was hovering yesterday around LL41,000 to the dollar.

Bank checks can neither be transferred abroad nor cashed at their real value without being heavily discounted by reselling them on the black market.

Foreign court decisions in favor of Lebanese depositors in their country of residence have been accumulating for several months.

This was Bitar's second victory after he won his first case against the Bank of Beirut in August. The British High Court of Justice obliged the bank to transfer to him some $7.96 million dollars with an annual interest of 9 percent.

The same court also ruled in favor of Vatché Manoukian — a Lebanese-British client of Bank Audi and SGBL — earlier this year, who was legally promised recovery of his nearly $4 million.

When asked whether these depositors actually received their money, Fouad Debs, a lawyer with the Depositors' Union — another Lebanese association for the defense of depositors' rights — said he has no proof, but funds were most likely recovered because there would be consequences for banks should they fail to comply with the court's order.

Also last week, a Court of Appeals in Paris ruled in favor of a Syrian depositor residing in France in a case against Saradar Bank, forcing the latter to reimburse some “3 million in euros and dollars.”

Saradar Bank, however, told L'Orient-Le Jour that it was “examining the possibility of an appeal to the Supreme Court,” the only option left under French law to challenge the judgment.

Notably, these cases have so far only been launched on behalf of clients with large deposits

In Lebanon, the justice system is struggling with these cases. Despite the work of depositors' associations, more and more bank clients are taking justice into their own hands by holding up banks in an attempt to recover all or part of their savings.

On Tuesday, an 87-year-old woman held a sit-in at a Bank Audi branch in Beirut to claim her savings of “$20,000” needed to cover medical expenses, according to the Cry of the Depositors. She managed to recover only $5,500.

Gorges Gabriel Bitar, a Syrian-British national, won a lawsuit launched in February 2021 against the Banque Libano-Française (BLF) — a second triumph for the depositor who previously won a lawsuit against Bank of Beirut before a British court.This time around, the case was also heard in the British High Court of Justice — the Queen's Bench division — which sided with the depositor.Bitar,...