A new session will take place next Thursday, on Dec.1, announced Nabih Berri before the MPs left the Chamber. 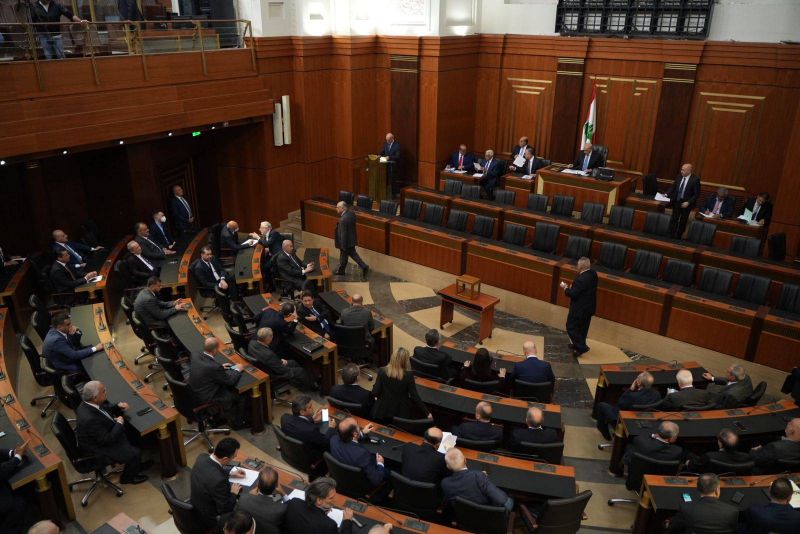 BEIRUT —Parliament failed on Thursday to elect a new Lebanese president during a seventh session dedicated to the task.

There were no major surprises in Thursday's electoral session, which lost quorum following just one round of voting in which, once again, no candidate won the required tw0-thirds majority to be elected.

Lebanese MPs convened on Thursday morning at the Parliament building in Downtown Beirut for a session devoted to the election of a new president, a position that has been vacant since the end of Michel Aoun's term on Oct. 31.

When the Speaker of Parliament Nabih Berri brought down his gavel to open the session, 110 MPs were present at the meeting, ensuring the quorum necessary for its holding.

How is a president elected in Lebanon?

The six previous sessions dedicated to electing Lebanon's next president also ended in failure. Each time, MPs from Hezbollah, the Amal Movement, the Free Patriotic Movement and their allies have left Parliament either ahead of or following a first round vote, torpedoing quorum, and disabling the session from continuing.

As was the case in the previous six sessions, a majority of MPs, mainly from Hezbollah and its allies, left the chamber after the first round of voting during Thursday's session, resulting in a loss of a quorum.

In the first round, some 42 MPs voted for Zgharta MP Michel Moawad, who received 43 votes in the fifth election session; six for professor and academic Issam Khalifeh; two for former minister Ziad Baroud; 50 voted blank vote; one MP spoiled their vote; and eight voted for "New Lebanon." A single vote was also given to the former director of Customs, Badri Daher, who is close to the Free Patriotic Movement and currently incarcerated as part of investigation into the Aug. 4, 2020 Beirut port explosion.

Sleiman Frangieh's name, which showed up into the ballot box during the last session, did not emerge during today's session.

A new session will take place next Thursday, on Dec.1, announced Berri before the MPs left the Chamber.

After adjourning the session, MPs from various blocs expressed their views on the presidential election.

MP Ali Hassan Khalil (Amal/Marjayoun-Hasbaya) said that it is important to "seriously" search "for a formula for communication in order to break the existing stalemate."

Sami Gemayel (Kataeb/Metn) said, "This is not a election anymore, this is an intermission whereby [MPs] are waiting for a settlement or a deal, so that the [political] establishment maintains itself in order to destroy what's left in this country … on the account of the people, the nation, the economy."

Gemayel also questioned if it is worth attending electoral sessions, saying, "There is no result to these sessions, I don't know if it's worth coming and participating in this 'show.'"

Ali Ammar (Hezbollah/Baabda) stated, "We can say that the army commander, Joseph Aoun, set a good example in his management of the institution and was able, through his leadership of the army, to protect civil peace," though both Hezbollah and the FPM had made it clear that their MPs would not consider Aoun for the presidency.

Forces of Change MP Mark Daou tweeted following the session that his party, Taqaddom, to which Forces of Change MP Najat Saliba also belongs, "has decided to vote from now until the election of a president for Michel Moawad, who we consider a serious candidate."

The presidential election has been going in circles for more than two months, due to the lack of consensus among the various political blocs on a single candidate. Such a consensus is traditionally considered a prerequisite for the election of a new head of state in Lebanon, and is currently being called for regularly by Hezbollah and its allies, who have, in recent sessions, cast blank votes. Opposite these parties, Samir Geagea's Lebanese Forces and the Progressive Socialist Party of Druze leader Walid Joumblatt, as well as the Kataeb party and independent MPs, voted for Zgharta MP Michel Moawad. However, these parties are struggling to garner more votes for Moawad, whose candidacy has been rejected by Hezbollah and the FPM.

Even if Hezbollah makes it clear that its preferred candidate is Sleiman Frangieh, leader of the Marada Movement, this candidate remains the great rival of the FPM, whose members have repeatedly stated they are not ready to grant him their votes. In an attempt not to waste any more time, Hezbollah has recently opened a dialogue on the presidential election with the Maronite patriarchate. It was also from Bkirki that Moawad declared on Wednesday that, if elected, he "will be the president of all Lebanese," in a bid to forge his image as a unifier.

In the meantime, the country is still facing an unprecedented double executive power vacuum, with the caretaker government of Najib Mikati running day-to-day affairs in the country since May 22, following its resignation in the wake of legislative elections.

BEIRUT —Parliament failed on Thursday to elect a new Lebanese president during a seventh session dedicated to the task.There were no major surprises in Thursday's electoral session, which lost quorum following just one round of voting in which, once again, no candidate won the required tw0-thirds majority to be elected.Lebanese MPs convened on Thursday morning at the Parliament building in...