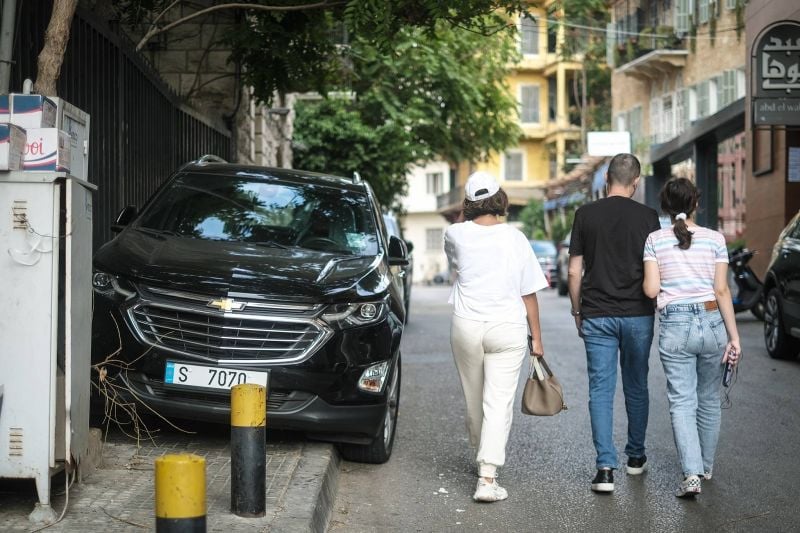 BEIRUT — As post-war reconstruction got underway in the early 1990s, members of the Lebanese Union for People with Physical Disabilities (LUPD) descended onto Ain al-Mreisseh, where the corniche was being reconstructed without regard for accessibility.

The activists took matters into their own hands; they cracked open the sidewalk and installed a ramp in an act of guerilla urbanism, but paid a price. They were roughed up and arrested by security forces, according to Sylvana Lakkis, president of the LUPD.

Thirty years later, some parts of the corniche have accessibility ramps, but much of Beirut remains as difficult for pedestrians to navigate as ever — and not only for wheelchairs, strollers or the elderly.

Every time I go anywhere with a stroller in Beirut I have to make an enormous effort to quell a murderous rage.

“There are different factors that make our city not so walkable, at least in certain parts of the city,” said Maya Abou Zeid, a civil engineering associate professor at AUB. “Most importantly is either the absence of sidewalks or, when they are present, they tend to be narrow or with obstacles.” She also pointed to disconnects where one sidewalk ends and there isn’t another one to continue the journey.

Abou Zeid is a co-principal investigator on a joint MIT-AUB project to recommend improvements for Beirut’s walkability through connected pedestrian corridors. The connection of walkable streets is key.

In an unpublished working paper completed over the summer, Abou Zeid and her colleagues studied the street network across a large swathe of Beirut, running from Karantina and Mar Mikhael in the east, through downtown, to Raouche in the west.

They found that almost six percent of the street length in the study area for which they had data had no sidewalks and another 18 percent of street length had sidewalks that contained permanent obstructions like streetlights, signposts, trees, parking meters and so on.

Where they do exist, sidewalks can be broken up into small segments and riddled with steps up and down where building owners have cut driveways.

"It's all because everything is so car driven ... they need to allow cars to go to basements, etc.," said architect Soha Mneimneih.

In Beirut we do our best to make sure the sidewalks are comfortable for cars. Lebanon in one image. pic.twitter.com/5wz4LwAxm6

The accessibility of sidewalks and roads of the capitol isn’t a niche issue, Lakkis points out. It impacts everybody, including the elderly and families with children.

Lack of accessible walkways is also a safety issue in a country whose road safety the World Bank has described as “among the worst globally.” Nearly 40 percent of people killed on the road in Lebanon are pedestrians, according to the World Health Organization.

Despite high population density and neighborhoods with diverse land uses — two factors that are generally associated with more pedestrian traffic — the MIT-AUB working paper noted that the city has far fewer pedestrians and cyclists than might be expected.

The barriers to walking in Beirut are many, including the design of the road network, the absence of an organized public transit system or adequate green spaces, and the fact that pedestrian infrastructure is often overtaken by nonpermanent obstacles like parked cars, motorcycles, and café seating.

On a recent Wednesday afternoon, some 25 cars were parked on the sidewalk of Salah Labaki Street in Al Hikmeh, which is 315 meters long — one car obstructing the sidewalk every 12.6 meters. 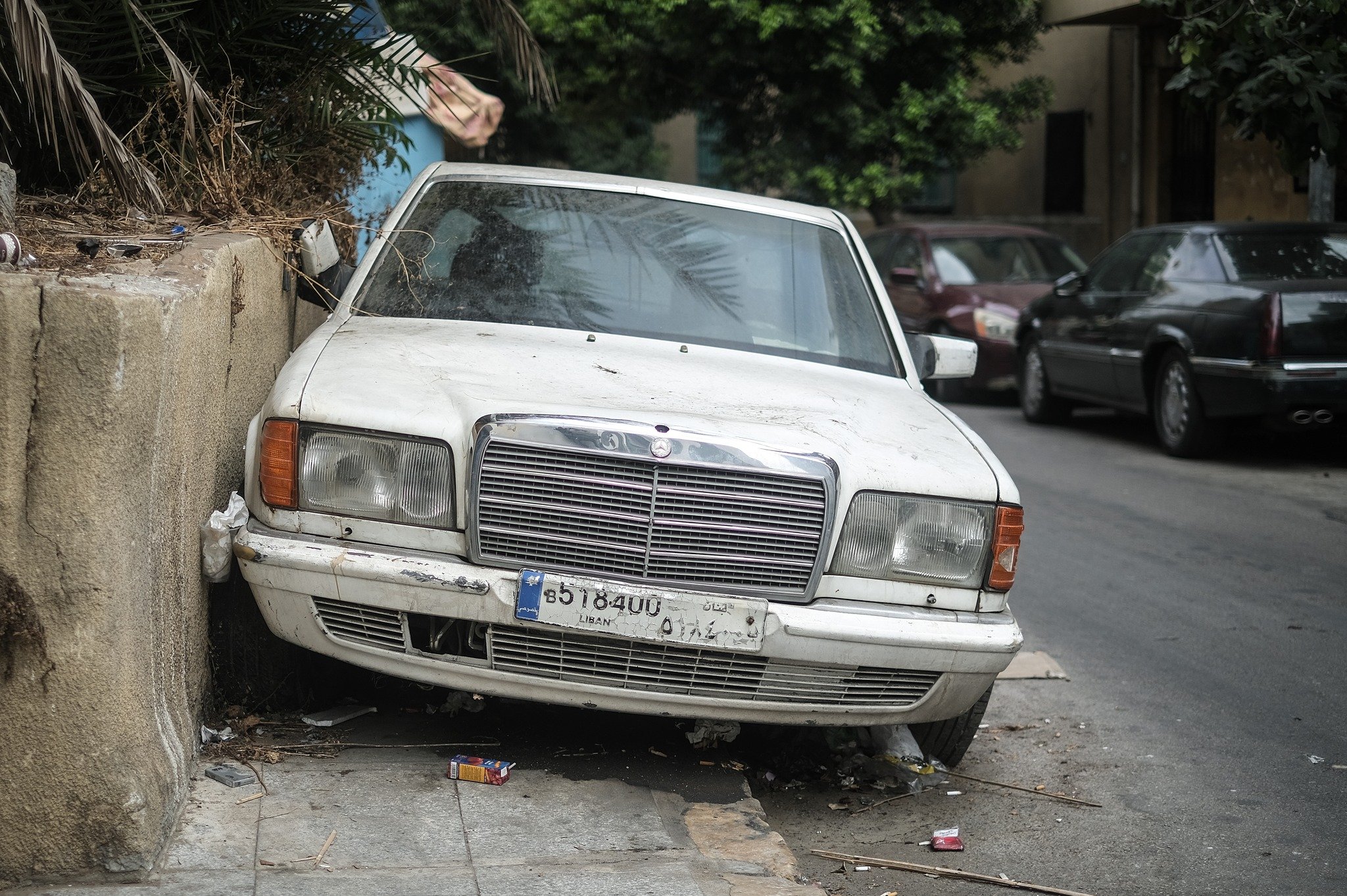 Parking on the sidewalk is, on one level, an enforcement issue because drivers are rarely ticketed for doing so. “Some wrong things become very normal because you don’t give it attention,” said Tammam Nakkash, a transportation expert and managing partner at Team International. “This is one of the lowest priorities for law enforcement.”

On another level, Beirut’s car dependency is to blame. In 2018, Beirut had 627 cars per 1,000 people, according to research by Lebanese University urban planner Adib Haydar. This was up from the already remarkable 424 cars per 1,000 people in 2012. These cars, along with the more than 300,000 that commute into the city each day, generate a demand for 829,000 parking spots, according to Haydar’s estimates.

Beirut has given over nearly six percent of its surface area to parking lots, Haydar found, triple the area of green space in the city, but that still isn’t enough. This figure does not include the space dedicated to on-street parking, which on some streets takes up two-thirds of the road.

“Beirut does not have a good walkable experience; its streets are insecure, do not have sidewalks, and when they exist, they are occupied by parked cars,” Haydar writes. In a vicious cycle, poor walkability encourages people to use cars, which worsens walkability.

Improving walkability will be a long battle. In 2013, a major study financed by the French government and Paris’s regional government laid out a plan for pedestrian corridors across the city but it was never implemented due to opposition from Beirut’s municipality, which was worried about a potential effect on car traffic, says Nakkash.

“The current way of thinking, which we haven’t really gotten rid of yet, is you have a limited right of way, you try to use [it] as much as possible for the convenience of the car moving or parked and if there is anything left, we call it a sidewalk,” he said.

A smaller-scale intervention backed by AUB — which removed one lane of parking from a 408 meter segment of Jeanne D’Arc street in Hamra to widen the sidewalk and provide a 1.5 meter-wide obstacle-free pathway — took three years of back and forth with the municipality before implementation could begin. It cost $2 million dollars to realize. Despite the fact that pedestrians on the street are happy with the road upgrade, Abou Zeid said there was initially resistance from surrounding businesses.

“One of the main challenges that comes up with such kinds of projects is, when you remove the on-street parking, you often have opposition from residents and from businesses on the street, especially in areas like Hamra and other places where a lot of the buildings are old and don't have underground parking,” said Abou Zeid.

“So in all these kinds of projects, you have to always convince the municipality, you have to look for parking alternatives … You have to convince the businesses. Businesses are often initially opposed to such projects, but research and empirical evidence has found that more walkable streets are generally better for businesses, and they create more pedestrian traffic and that's better for business activity on the streets.”

Good design can help fill some of the gaps in enforcement, Abou Zeid said. The redesigned portion of Jeanne D’Arc has fewer spaces for a car to wedge itself to block pedestrians. But even on Jeanne D’Arc, she said, in the absence of enforcement “we do notice sometimes some blockages.” 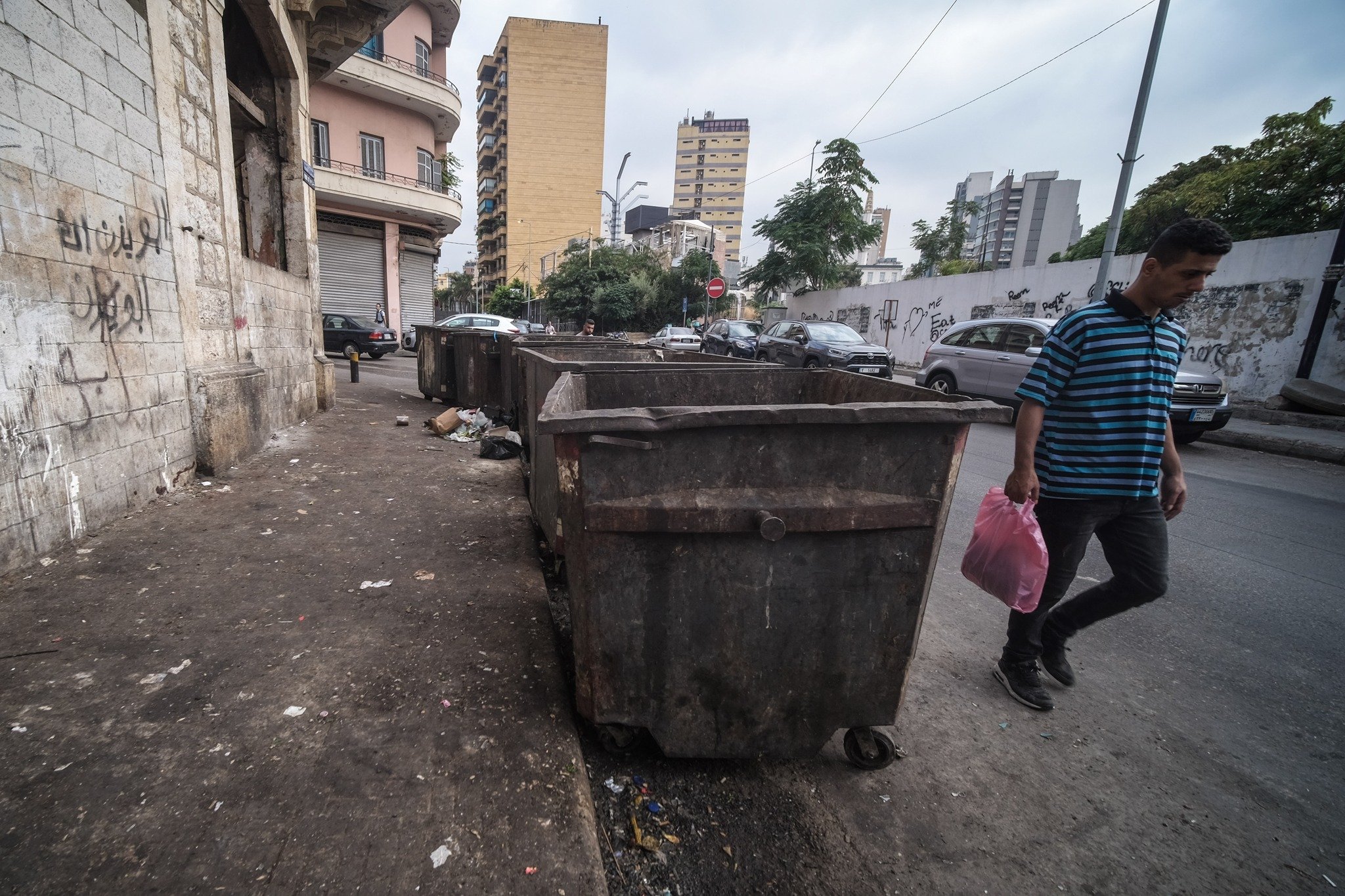 Asked what reform could most improve the city’s approach to walkability Nakkash was blunt: “We need a lot of brain transplants.”

In the meantime, Lakkis said the LUPD is working with the Lebanese Standards Institution to develop accessibility specifications for public roadways and sidewalks. However, the process is slow because of the “overlap of powers.”

While significant improvements to the city's walkability may be unlikely in the near future, there may be progress coming in other aspects of the city’s accessibility.

On Wednesday, the Lebanese Union for People with Physical Disabilities and the Order of Engineers & Architects–Beirut were preparing to launch the new “Inclusive Built Environment’s Monitor” that aims to significantly boost compliance with accessibility requirements in new building construction.

According to Lakkis, the OEA will no longer grant building permits unless the application adheres to existing — but often unenforced — laws on accessibility and will issue annual reports on the adherence to the law in new building construction.

BEIRUT — As post-war reconstruction got underway in the early 1990s, members of the Lebanese Union for People with Physical Disabilities (LUPD) descended onto Ain al-Mreisseh, where the corniche was being reconstructed without regard for accessibility. The activists took matters into their own hands; they cracked open the sidewalk and installed a ramp in an act of guerilla urbanism, but paid a...