Indefinite bank closures, Mikati at the UN, appeal to save irregular migrant boat: Everything you need to know to start your Thursday

Here’s what happened yesterday and what to expect today, Thursday, Sept. 22: 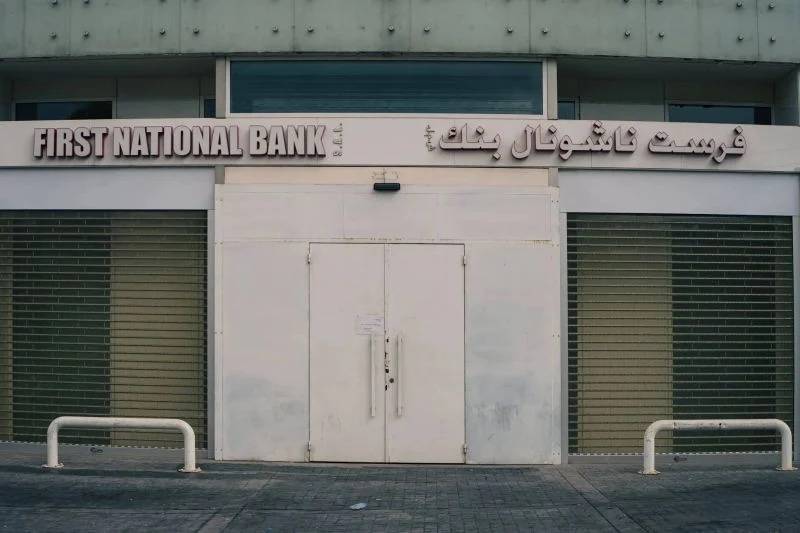 A branch of the First National Bank, closed on Sept. 19, 2022 in Lebanon. (L'Orient Today/Mohammad Yassine)

The Association of Banks in Lebanon (ABL) announced Wednesday that the three-day bank closure, observed in response to last week’s multiple holdups, has been extended indefinitely. Banks closed Monday through Wednesday in response to ABL’s call to protest “repeated attacks” on the sector. ATM withdrawals and online banking applications will remain operational. The first investigating judge of Beirut, Charbel Abou Samra, granted release on bail to four people who were detained for their involvement in the series of bank holdups last week. Abou Samra went against the Court of Cassation’s decision to prosecute the detainees, instead releasing them on bails of LL5 million to LL15 million and six-month travel bans. Two of the detainees, Abdel Rahman Zakaria and Mohammad Rustom, were accomplices to Sali Hafez’s Sep. 14 holdup of the Sodeco Blom Bank branch. The other two, Abed Soubra and Jawad Slim, orchestrated their own holdups on Sep. 16 at a Blom Bank branch in Tariq al-Jdideh and a Lebanese and Gulf Bank branch in Ramlet al-Bayda, respectively. The vigilante withdrawals received support from several “depositors’ associations,” some of which “coordinated” Hafez’s holdup, lawyer and activist Rami Ollaik told L'Orient Today. Protesters repeatedly called for Zakaria and Rustom’s release following their arrest. On Monday, a sit-in near Beirut’s Justice Palace escalated into clashes between protesters and Lebanese Army personnel.

French, US and Iraqi officials met with caretaker Prime Minister Najib Mikati over the last two days during the 77th session of the United Nations General Assembly in New York. “Iraq stands by Lebanon,” Iraqi prime minister Mustafa al-Kadhimi told Mikati Wednesday, thanking his Lebanese counterpart for the eased entry requirements recently granted to Iraqi nationals. French President Emmanuel Macron said Tuesday that holding the upcoming presidential election on time constitutes a “priority for stability” in Lebanon, the premier’s office wrote on Twitter. The constitutional period to elect the next Lebanese president began on Sep. 1 and lasts until Oct. 31, the last day of current President Michel Aoun’s term. US Secretary of State Anthony Blinken similarly emphasized “the need to hold presidential elections in a timely manner” during his meeting with Mikati. Amos Hochstein, the US mediator in the indirect maritime border negotiations between Lebanon and Israel, also attended the meeting, after which Mikati claimed that “the maritime border demarcation is seeing great progress.”

The government’s Central Administration of Statistics (CAS) recorded a 7.55 percent inflation rate over August in its monthly consumer price index. According to an index used by CAS, an item that would have cost LL100 at the end of 2013 now costs LL1,486.59, as of August 2022. In July, that same item would have cost LL1,382.22. The year-on-year inflation rate for August was 161.89 percent, 6.56 percentage points lower than the preceding month. Telecoms services’ prices increased the most in August, as raised telecom tariffs came into effect the month prior. Fuel prices showed the greatest yearly increase as the global energy crisis continues amid the Russian invasion of Ukraine. Earlier this month, the Energy Ministry removed all subsidies on gasoline, completely dollarizing imports and driving prices up. Gas Station Owners’ Syndicate spokesperson George Brax on Wednesday called for stations’ rights to price fuel in US dollars “in order to avoid the confusion caused by [the] fluctuation” of the Lebanese lira. Since the summer of 2021, the Energy Ministry has been releasing regular price lists for fuel, which Brax claimed were calculated at a lower exchange rate than that used by fuel importers for their purchases, leading to “large losses.” The price of 20 liters of 95-octane gasoline, which had hit the LL700,000 mark on Tuesday, dropped by LL47,000 Wednesday following the lira’s rebound after reaching an all-time low the day before.

Higher Judicial Council President Suhail Abboud scheduled a general assembly to discuss ending the Lebanese judges’ strike. Friday’s session will review the progress of talks between the HJC and Lebanese authorities with the striking magistrates, a judicial source told L'Orient Today. Lebanese judges have been on strike since mid-August to demand salary readjustments after the annulment of a central bank measure allowing them to access their salaries at a modified exchange rate. Judges previously decried their working conditions, citing dilapidated courthouses. Other public sector employees also observed a months-long strike to demand improved compensation. Most recently, Ogero employees suspended work for several weeks until the government granted them cash bonuses and approved a Treasury advance to finance a pay raise.

Activists appealed to Lebanese authorities through social media to “pressure” Greek authorities to rescue passengers on a migrant boat, which left Lebanon last week and lost contact Monday. The boat was last known to be located off the Greek island of Crete, according to a L'Orient Today correspondent. Irregular migration showed a “135 percent increase” after doubling the previous year, Dalal Harb, a United Nations High Commissioner on Refugees (UNHCR) spokesperson, told L’Orient Today. Most irregular migrant boats — often overloaded with passengers and in dilapidated conditions — do not reach their intended destinations, instead requiring rescue at sea.

In case you missed it, here’s our must-read story from yesterday: “Who is the guardian of Lebanon's fashion history?”

Want to get the Morning Brief by email? Click here to sign up.The Association of Banks in Lebanon (ABL) announced Wednesday that the three-day bank closure, observed in response to last week’s multiple holdups, has been extended indefinitely. Banks closed Monday through Wednesday in response to ABL’s call to protest “repeated attacks” on the sector. ATM withdrawals and online banking...