Several banking groups have liquidated their assets over the past three years, which were marked by the serious crisis that hit Lebanon 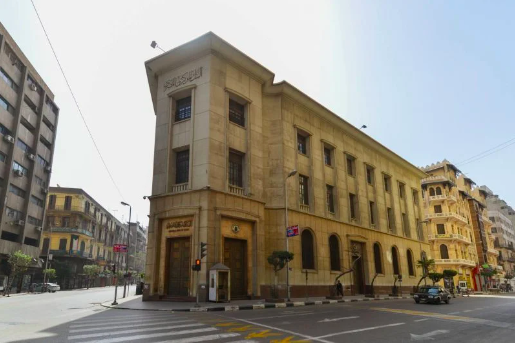 The recent news out of the Lebanese banking sector was marked by UAE’s First Abu Dhabi Bank (FAB) completing its acquisition of the assets of Bank Audi in Egypt (Bank Audi Egypt).

Completed in mid-June, more than a year after the sale process began, this merger officially marks the Lebanese bank’s exit from the Egyptian market.

This is not the only case: over the past three years, a number of Lebanese banks have liquidated part of their assets abroad, either due to constraints imposed by the regulators in the countries where they were operating, or to overcome the challenges posed by the crisis into which Lebanon has been plunged since 2019.

These withdrawals were sometimes widely announced, and other times made with utmost discretion. L’Orient-Le Jour takes a look back at these operations.

Before and during the crisis

Before the crisis, 17 Lebanese banking groups had a foothold in nearly 30 countries, divided almost equally between Africa, Asia and Europe, in addition to Australia (a subsidiary with several branches) and Canada (representative office), via branches, affiliated companies, subsidiaries or representative offices.

This is according to data for the year 2018 prepared by the Association of Banks in Lebanon (ABL) and provided to L’Orient-Le Jour by ABL’s press office. In these statistics, a single banking group may include several separate banks in Lebanon.

According to ABL’s 2021 almanac (year-end report), which L’Orient-Le Jour reviewed via a banking source (a document that was not accessible on ABL’s website despite the available link), only one banking group was removed completely from the list of banks abroad (Jammal Trust Bank), but all of the country’s banks are now present in only 24 countries.

The ABL lists did not include foreign institutions that are owned by Lebanese shareholders but that have no legal ties to local banks, such as AstroBank in Cyprus or Pikes Peak National Bank in the US.

Deconsolidated entities (removed from the balance sheet for optimization purposes) are also not listed in the ABL’s annual reports. This is the case of Byblos Bank, which is still present in the Democratic Republic of Congo, according to an ABL source.

Bank Audi’s exit from Egypt was completed 15 years after it first joined this market via the takeover of four Far East Bank branches; a network that has grown considerably since then, with more than 40 branches open throughout the country and a total of $5.3 billion in assets according to announcements made in 2021.

In January of the same year, another important Lebanese bank exited Egypt. BLOM Bank announced that it had sold its entire stake in that country to Bahrain-headquartered Arab Banking Corporation for $420 million (a sum we reconfirmed this week), concluding the sale of a network with 39 branches (according to the 2021 almanac figures).

The island was home to a dozen Lebanese banks. It will soon have none, with the seven banks operating there — Bankmed, Bank of Beirut, Banque BEMO, BBAC, BLOM Bank, Crédit libanais and IBL Bank — having announced that they will close their doors in late 2022.

Two banks had already withdrawn: Byblos Bank, which had announced in December the sale of its branch to AstroBank, a Cypriot bank owned by Lebanese shareholders, while Lebanon and Gulf Bank (LGB) had notified its customers in 2021 of its intention to exit this market.

Each of these nine banks operated a single branch on the island directly managed by the parent company in Beirut. This specificity was authorized by Cypriot regulations and related to the geographical proximity between the two territories.

This wave of exits was due to the Central Bank of Cyprus having tightened conditions related to deposit guarantees for Lebanese banks that wished to continue operating branches in Cyprus.

AstroBank, the SGBL group’s subsidiary on the island; Sociéte Generale Bank – Cyprus (“SGBCy”), which is registered as a fully autonomous company under Cypriot law; and Banque SBA — 99 percent owned by the Banque Libano-Française (BLF) group — are not affected.

Iraq was one of the countries to which Lebanese banks had flocked en masse since the mid-2000s and had even held out for a long time, despite the insecurity and conflicts between the authorities in Baghdad and those in Iraqi Kurdistan.

Of the 10 banks present, only three will in principle keep their doors open: BBAC, Byblos Bank and MEAB. The others — Bank Audi, BLOM Bank, BLF, Credit Libanais, Fransabank, IBL Bank — have been on the way out since at least 2020, while Bankmed was given permission to exit five months ago, according to a source at the ABL whose data is more recent than that published in the ABL’s 2021 almanac.

As in Cyprus, the main cause of the exodus from Iraq is related to the issuance of new binding regulations by the Central Bank of Iraq in the past two years, particularly with regards to assets and deposit restitution.

Credit Libanais has transferred its deposit portfolio to BBAC, according to a source at the latter. The number of branches per bank ranged from two to five at the end of 2018, divided between territories run by the federal government in Baghdad and those under the authorities in Erbil.

It is noteworthy that the exit of Bank Audi from Iraq was completed as part of a transaction involving the simultaneous sale of its Iraqi and Jordanian assets to Capital Bank of Jordan.

The signing of the agreement was announced in December 2020. Among other things, it includes the sale of 14 branches in Jordan and four in Iraq, with 506 million Jordanian dinar and 275 million Iraqi dinar in assets respectively, according to a statement by Capital Bank at the time ($713 million and $231 million at the time of the announcement).

In February 2022, Capital Bank acquired ownership of another major Lebanese bank, SGBL, which operates through its subsidiary, Societe Generale Banque Jordan (SGBJ), and a network of 19 branches. The transaction amount was close to $200 million, according to sources contacted by L’Orient-Le Jour at the time.

Other notable moves since 2019 include a transaction between Lebanese banks in Syria.

Sanctioned in August 2019 by the US authorities who accused it of facilitating “Hezbollah’s banking activities,” Jammal Trust Bank had to sell all its assets abroad, including its three representative offices, in London, Abidjan and Lagos.

According to a source close to the bank, Fransabank decided between late 2021 and early 2022 to leave the Belarusian market, where the bank had arrived in 2008, but was operating only one branch listed in the 2021 almanac.

This is, so far, the only case involving a Lebanese banking group’s exit from the European market, if Cyprus is excluded.

Finally, the representative office that Credit Libanais had in Montreal has been removed from the 2021 almanac list.

The recent news out of the Lebanese banking sector was marked by UAE’s First Abu Dhabi Bank (FAB) completing its acquisition of the assets of Bank Audi in Egypt (Bank Audi Egypt).Completed in mid-June, more than a year after the sale process began, this merger officially marks the Lebanese bank’s exit from the Egyptian market. This is not the only case: over the past three years, a number of...