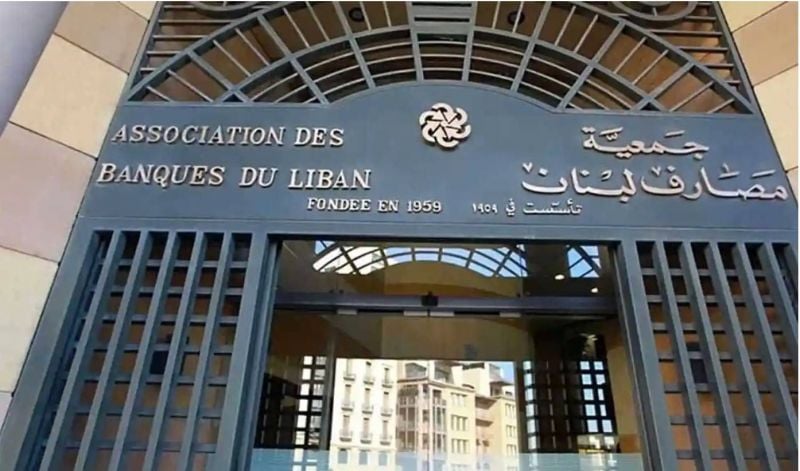 The Association of Banks in Lebanon headquarters. (Credit: NNA)

What has the world come to?

Not that we care, nor can we empathize, but we might have expected better from the titans of finance. Watching them bicker and listening to them air their dirty laundry is not something we are ready for: we are still very angry, at least 49 percent of us are according to Gallup, and need time to process how their greed has broken the country and wiped out our savings.

But really, someone at the Association of Banks in Lebanon should call the advisors to start working on a positive spin for AM bank’s decision to suspend its membership. No, no, not ABL advisor Carlos Abadi, managing director of Decision Boundaries, call someone else. Abadi has already done enough. It was his letter to the International Monetary Fund, which called the terms of Lebanon’s preliminary agreement with the IMF “unlawful” or “unconstitutional,” that set this whole affair in motion.

AM Bank was shocked, as were Bank Audi and Bank Med. It seems not a single one of them was aware of this letter. ABL’s advisor called the Lebanese government’s deal with the Fund "unlawful" and "unconstitutional." Wait, what? Didn’t ABL pledge its full cooperation with the IMF on April 1 and then release a statement on April 8 welcoming the deal? Cue near universal head scratching.

AM Bank was not only shocked about the letter, but it was never informed of the appointment of Abadi’s firm, Decision Boundaries, as an advisor to the association nor was it made aware of the terms governing such appointment. Jean Riachi, CEO of FFA Private Bank, stated in a tweet, that he “is not even sure he [Abadi] was even ever officially contracted by ABL.”

The fact that ABL hired someone who was permanently barred from the securities business in the US by the Financial Industry Regulatory Authority in April 2017 is bewildering enough. A simple background check similar to the one they subject us to when we ask to borrow or withdraw $500 should have been enough. The question is then not who is Abadi, but who hired Abadi?

Furthermore, the letter sent to the IMF called for the use of state assets to pay back depositors and dedicated a full section to explaining why gold reserves should be liquidated. This approach is bound to put the association in an untenable position and would put it in the crosshairs of the general population.

Michel Accad, the CEO of Bank Med, said in a tweet, “I hear voices — including some within ABL — suggesting using our gold to pay depositors, &/or to continue with the subsidies, &/or to peg the LBP. Don’t touch the gold, whether to sell it, to pledge it, or to financial engineer it. Don’t. Touch. The. Gold.”

This cacophony within ABL should come as no surprise to banking industry pundits. A month ago, Tanal Sabah, the chairman of the Lebanese Swiss Bank, revealed during a talk show that he had resigned from his position as treasurer of the association. He spoke openly of his disagreement with the direction ABL was taking and he went as far as criticizing the response of Fadi Khalaf, ABL’s new Secretary General, to the government’s Financial Sector Rehabilitation Strategy (FSRS). The FSRS is the government’s plan to write off around $60 billion in bank deposits at the central bank.

In other news, on Tuesday and at the time when the central bank governor was busy extolling the virtues of his wise leadership of the bank on TV, security forces were raiding his house in Rabieh to execute a subpoena issued by Judge Ghada Aoun in February.

However, we still managed to glean one thing or two from Salameh’s remarks. First, that the foreign currency reserves dropped by $2.2 billion to around $11 billion — our estimate is closer to $9 billion — hopefully we will soon learn the exact amount when KPMG finishes its audit in July. Second, we learned that BDL’s chief is in favor of keeping banking secrecy. He said the law as it has been enforced since the 1950s, does not cover illicit transfers, originating from money laundering, tax evasion or terrorism. We will find out whether it does or it doesn’t soon enough as the results of the forensic audit that starts today are released.

Finally, caretaker Prime Minister Najib Mikati is again charged with leading cabinet formation as MPs designated him in for a fourth term on Thursday, by a wide margin over the other main contender, former ambassador the UN Nawaf Salam. The other thing back this week it seems is COVID-19. Neither is a joke, but Lebanese have stopped caring about both a long time ago.

In what may be the saddest news of the week, the education ministry director general called on generator operators to keep the lights on during brevet exams.

What has the world come to?

What has the world come to?Bankers hating on bankers, central bank governor turning on bankers, bankers turning on him in return. Surely, it is the sign of the times (… welcome to the final show).
Not that we care, nor can we empathize, but we might have expected better from the titans of finance. Watching them bicker and listening to them air their dirty laundry is not something we are ready...