Constitutional Council has received 15 appeals to the election results 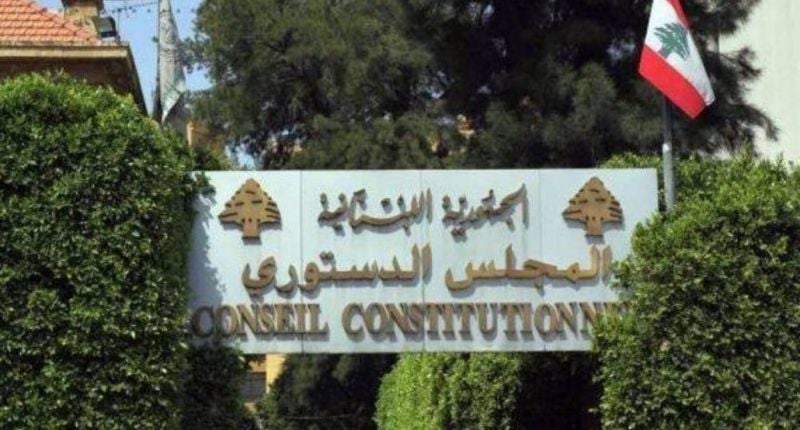 The entrance to the seat of the Constitutional Council. (Credit: NNA)

• The deadline for submitting the appeals to the council ended on Thursday at 3:30 p.m.

• Among those who filed an appeal were journalist and podcaster Jad Ghosn (Mount Lebanon II), a candidate with a list backed by the opposition party Citizens in a State; former MP Faisal Karami (North II) and former Minister of State and chairman of the board of Al-Mawarid Bank Marwan Kheireddine (South III). Karami and Kheireddine both ran on Hezbollah-backed lists.

• Karami filed an appeal Tuesday against MPs Ramy Finge, Ihab Matar and Firas Salloum, all newcomers who won seats in the May 15 elections.

• Jad Ghosn told L’Orient Today Tuesday that he had filed a complaint before the Shura Council after the Interior Ministry denied him access to reports on the detailed election results for every ballot box in the Mount Lebanon II district, the voter list for the district, all of the votes that were canceled in all the ballot boxes of the district, and the results of each ballot box in the district, including the expat voting. “We asked for these results to see where the discrepancies are between the results of each town and the final results,” Ghosn said. He also said that on Wednesday the Shura Council had ordered the Interior Ministry to hand over the information his team has requested. “Unfortunately, handing over this [Interior Ministry] information right now wouldn’t give us the time needed to integrate the information into our complaint,” Ghosn said, explaining he intended to integrate this material during the 30 day appeal process. Ghosn's list was 88 votes short of winning a seat in Mount Lebanon II, while Ghosn garnered more preferential votes than many of the winning candidates.

• Rizk Zgheib, lawyer and lecturer at the Faculty of Law and Political Science at Saint Joseph University, told L’Orient-Le Jour last month that appeals can be brought not only against the newly elected MPs, but also against the list with which they ran. Once the case has been submitted to the Constitutional Council, “the opposing party will then be immediately notified and will have 15 days to respond,” Zgheib said, adding that at the same time, the Constitutional Council will appoint a rapporteur from among its members to study the cases presented.” Zgheib also said that the rapporteur has broad investigative powers: hearing officials, checking the contents of the ballot boxes, counting the ballots … He has three months to do this.”

BEIRUT — Unsuccessful candidates in the 2022 parliamentary elections submitted 15 appeals to the Constitutional Council in the past month, the head of the Constitutional Council Judge Tannous Mechleb announced Thursday afternoon. Here’s what we know:  • The deadline for submitting the appeals to the council ended on Thursday at 3:30 p.m.  • Among those who filed an appeal were...

Over 700 protesters, including 60 women, arrested in Iran, police say