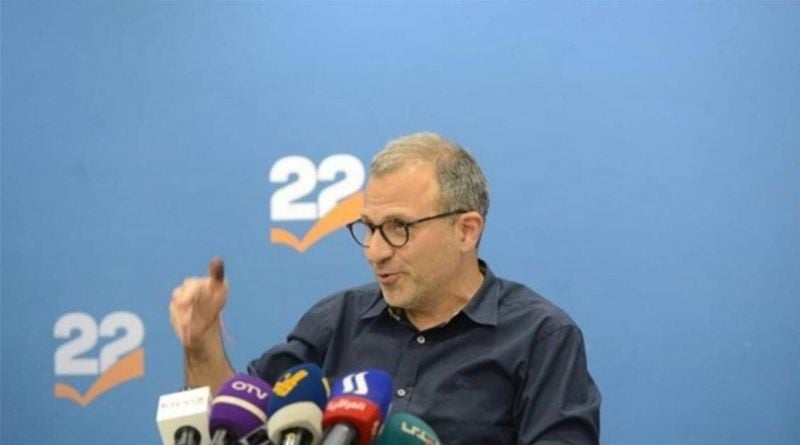 • “Many were waiting for us to announce our failure and death after the elections, but ‘We were and we stayed,’” Bassil said, quoting the FPM’s electoral slogan. “The elections are a way to renew people's confidence in us and build the country, and we are ready to work with everyone.”

• He also called on opposition-supported newcomers to Parliament to “see what the Free Patriotic Movement has accomplished … and I assure you that after that, they will want to work with us.”

• The FPM’s number of seats in the new Parliament has dropped to 18 seats, down from 19 in the 2018 Parliament.

• In a series of tweets sent by the end of the vote-counting process yesterday, Bassil said that he only wants to “see laughs and smiles at what we achieved today… The counting is continuing and, no matter what expatriate [voters] decide, we respect it and our duty is to do what is good for the country.” Lebanese expatriates were first given the right to vote during the 2018 elections, for which Bassil takes credit, as he was the foreign minister at the time.

BEIRUT — Following the announcement of the official results of the 2022 parliamentary elections Tuesday, Free Patriotic Movement leader Gebran Bassil held a press conference, during which he said that “the Free Patriotic Movement won the parliamentary elections, and the actual victory will be in the project of building the state and real reform.”Here’s what we know:  • “Many...