Voting and vote counting: What you need to know for May 15

On May 15, barring unforeseen circumstances, Lebanese voters in Lebanon will be called upon to elect a new legislature for the first time in four years. Diaspora voters will vote on May 6 or May 8, depending on their location. This time, the vote will be held according to the same proportional voting system adopted for the 2018 elections and the same division of electoral districts. Here are some essential keys to understanding the voting procedure and how votes are counted 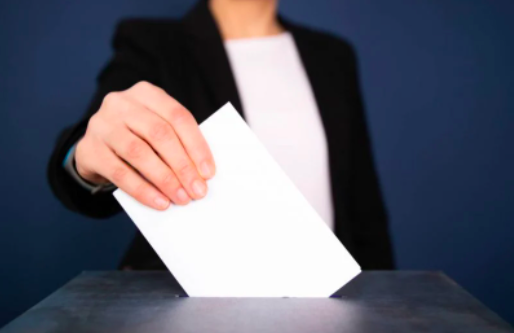 • The electoral competition takes place between closed lists in each district, which means that the voter must vote for one of the lists as it stands, without importing, exchanging or subtracting candidate names. While previous elections laws allowed the voter to cross out the name of a candidate on a given list and replace it with the name of another candidate of the same sect, from a competing list or running as an independent, it is no longer possible within the current system.

• Nor is it possible for the voter to bring with them to the polling station a voting guide prepared at home or received from supporters of a list. With the current system, the ballots are provided by the Interior Ministry. In 2018, the Interior Ministry opted for a single sheet of paper containing the various lists in a given constituency, each list being identified by a color and containing the names of the candidates.

• On presentation of an identity document, the voter receives from the hands of the person in charge of the polling station the ballot (or sheet) containing all the lists, before entering the polling booth. There, the voter checks the box corresponding to the list of their choice. After this first vote, the voter has a (non-binding) right to cast a preferential vote for only one of the candidates on that list, but only if, in constituencies made up of two or more sub-districts, his or her vote goes to one of the candidates running in the sub-district where he or she is registered. Naturally, this provision does not apply in the constituencies that only contain one district. (e.g. Metn, Baabda, Zahle, etc.), or in those that do not have districts, like Beirut I and II. Thus, for example, in Beirut I (eight seats) or Zahle (seven seats), the voter is able to give his or her preferential vote to any of the candidates on the list at the level of the entire constituency.

• The voter can simply check the box corresponding to the candidate to whom he or she wants to give his or her preferential vote without doing anything else. In this case, the voter is considered to have completed both operations, i.e., he or she has voted for both the candidate of his or her choice and for the list including that candidate.

• At the end of the operation, the voter leaves the polling booth and puts their ballot in the ballot box.

II- The counting of the votes

• In the first operation of the count, the "electoral coefficient" of each constituency is calculated by dividing the total number of votes cast in the constituency by the number of seats it contains. By votes cast, we mean all the votes cast minus the blank and invalid votes. Hence the uselessness of a blank vote in Lebanon, as it has no legal or practical effect.

• Let's take for example the constituency of Saida-Jezzine, which has five seats: two in Saida (Sunni) and three in Jezzine (two Maronite and one Greek Catholic). Let's assume that three lists, A, B and C, ran in this constituency. List A obtained 35,000 votes, list B 37,500 and list C 2,500. The total number of votes cast is therefore 75,000. We divide this number by 5, which gives us an electoral coefficient of 15,000. List C is eliminated from the race because it obtained less than the "eligibility threshold", which is set by law at the electoral coefficient. This leaves two lists, A and B.

• To find out the number of seats won by each of the two remaining lists, we divide the number of votes obtained by each by the new electoral coefficient. List A thus obtains 35,000, to be divided by 14,500, equaling 2.41. List B obtains 37,500 and is divided by 14,500, equaling 2.59. The decimals are ignored first, giving each list two seats, but leaving a fifth seat to be filled. Since List B has the highest decimal place, this seat will go to it. Thus, List B has won three seats and List A has won two seats.

Now, to find out the winning candidates, we proceed as follows:

• Then, the two lists are unified into one, and the candidates are placed on it in descending order of the votes they obtained.

• In a third and final operation, the candidates with the highest scores are eliminated, but as they move down the list, the filtering imposed by the following three parameters is taken into account: the number of seats won by each list, the number of seats per caza (when applicable) and the confessional identity of the seats.

• The system can have perverse effects. The most prominent case in this regard is the 2018 Zahle election, where a candidate from the Hezbollah-Nicolas Fattouche list, Eddy Demerjian, won the Armenian Orthodox seat despite having only 77 votes and a significantly lower score than his direct competitors on the other main lists. Why did he win? Simply due to the massive Shiite vote in favor of the Hezbollah candidate and the average (but still consistent) score of the former MP Fattouche, the list in question had reached two electoral coefficients, which gave it two seats from the start. However, after the filtering operation by number of seats won and by denomination, it turned out that the rival lists had each "exhausted" their batch of seats and that only the Armenian Orthodox seat remained to be allocated to the list that had not yet obtained its full batch.

I - The vote    • The electoral competition takes place between closed lists in each district, which means that the voter must vote for one of the lists as it stands, without importing, exchanging or subtracting candidate names. While previous elections laws allowed the voter to cross out the name of a candidate on a given list and replace it with the name of another candidate of the...