I promised my editor to keep this week’s roundup brief so as to allow our readers to celebrate Easter peacefully, but some promises are hard to keep, as some news is hard to overlook. 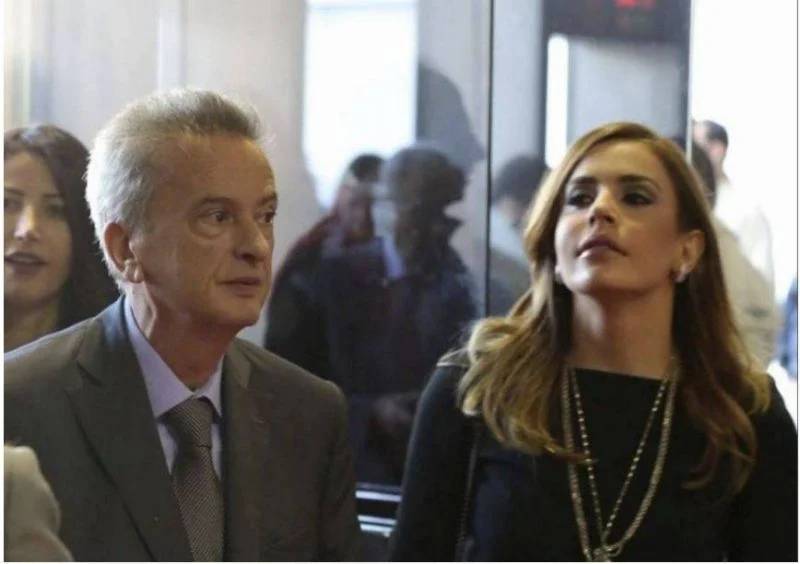 The press conference held after the cabinet’s meeting on Thursday brought a strong sense of déjà vu as Information Minister Ziad Makari denied that subsidies on wheat will be lifted. Similar promises had been made by the previous information ministers when asked about fuel and medicine — and shortly after, prices skyrocketed and the subsidies were history. If the price of bread reaches LL25,000 or LL30,000, it should not be a surprise to anyone.

Two years of a disastrous subsidies strategy is exactly why the government has been forced to rely on the allocation of the Special Drawing Rights it received from the International Monetary Fund to pay for wheat imports, and soon for everything else.

Numbers do not lie.

The country’s foreign assets are now less than $11 billion, and that’s including the $1.13 billion in SDRs. The government’s hands are tied; either it plows through the $1.13 billion or it continues to borrow from the central bank — or, to be more accurate, from whatever is left of the depositors’ money at the central bank. On Thursday, after multiple requests to governor Riad Salameh to release dollars for wheat imports went unheeded, the ministers were forced to dip for the first time into the SDRs.

They agreed to spend $15 million on wheat, $13 million on medicine and to give $60 million to the black hole known as Electricité du Liban. However, they promised that any future use of SDR money will be decided on a case-by-case basis.

At $400 per metric ton, the $15 million the government is planning to spend on wheat imports will only delay the inevitable one more month. Then what?

In addition, central bank governor Riad Salameh is no longer “playing ball." Gone are the days of throwing money around. Salameh has turned off the cash spigot and is refusing to pay a single cent before the government agrees on a borrowing bill that formalizes their unholy union. Cabinet approved the bill and is currently on its way to Parliament.

Meanwhile, the Salameh clan is back to making news. On Tuesday, Raja Salameh was released on a reduced bail of LL200 billion — $8 million at current rate. It would be interesting to ask if the government is willing to take a check in “lollars.” Marianne Hoyek, Riad Salameh’s assistant, ultimately made it into Judge Ghada Aoun’s sights, as the judge initiated proceedings against her Thursday. Riad Salameh, in the meantime, asserted that he is ready for an invitation to testify from the Swiss judiciary. When and if that call goes through, it remains to be seen whether Judge Aoun will lift the travel ban she has imposed on him.

In other news, the capital control law has at last come before Parliament. The Finance and Budget and the Administration and Law Committees met Wednesday to discuss the draft law. There is consensus among MPs on three main points: The protection of depositors’ rights, the need for a capital control law, and reigning in the outsized powers given to the capital control committee in the current draft.

The committee, as outlined in the text, will oversee the administration and implementation of the capital control law and can decide on exceptions and rulings. It will be composed of Finance Minister Youssef Khalil, Banque du Liban Governor Riad Salameh, two economic experts, along with one judge chosen by Prime Minister Najib Mikati.

The next committee meeting is scheduled for Tuesday. While none of the MPs expressed a desire to see the law fall through, they agreed that some amendments are needed before it is approved. While it is certainly not going to be a popular move, especially before elections — as it is seen as putting the banks’ interests before those of the depositors — there is a high probability the law could be voted on before May 15.

The 2022 budget is chugging along in committee as well. Discussions have reached article 90, with less than 50 articles left to review. The Finance and Budget Committee asked the government to attend a scheduled special session, dedicated to the question of the exchange rate estimates it has used in forecasting revenues and expenditures.

The lira is once again hovering around LL25,000 to the US dollar. Bankers who spoke to L’Orient Today said that the Sayrafa platform is sputtering. Numbers show that average daily volume has dropped to around $58 million from the $75 million recorded in March, and the difference with the parallel market is back to above LL2,500 to LL3,000. Some banks have completely stopped selling US dollars to their clients.

“When the October Revolution started, a friend told me to withdraw all the money I had in the bank because the country would collapse,” Karen recalled. “I refused. I told her that if everyone withdrew their money, Lebanon would de facto collapse and I didn't want to be part of its fall.”

This is from Julien Ricour-Brasseur’s compelling account of how the banks’ theft of depositors’ money continues with near complete impunity.

Lastly, the head of the private hospital owners’ syndicate, Suleiman Haroun, warned Friday that anesthesia medications are in short supply. Non-urgent procedures are being postponed.

The press conference held after the cabinet’s meeting on Thursday brought a strong sense of déjà vu as Information Minister Ziad Makari denied that subsidies on wheat will be lifted. Similar promises had been made by the previous information ministers when asked about fuel and medicine — and shortly after, prices skyrocketed and the subsidies were history. If the price of bread reaches...