The political forces claiming to represent the October 2019 uprising appear to have failed to join forces in the Mount Lebanon IV district, one the most competitive constituencies with a relatively low electoral threshold. Here’s a closer look at what’s happening. 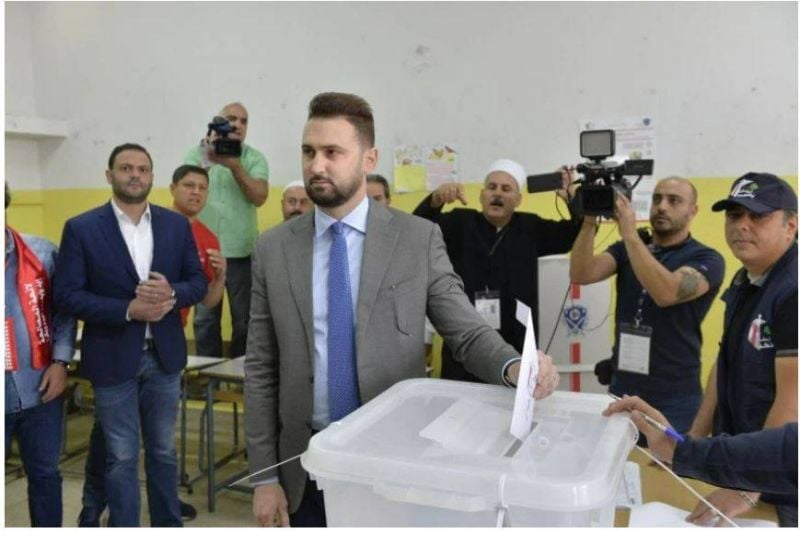 Here we go again? In 2018, at the last moment before the finalization of the electoral lists, civil society groups competing in Mount Lebanon IV (Chouf-Aley) split into two.

Although this is the constituency with the lowest percentage electoral threshold (7.7 percent, or 13,125 votes in 2018), neither list managed to garner the necessary votes to have an MP elected. The tally of the two lists combined, however, was close to the electoral threshold.

In preparation for the May elections, the groups representing the Oct. 17, 2019 protest movement appear more scattered than ever as they head to the battlefield, with five lists claiming to represent the thawra (revolution) competing amongst themselves this time around.

Meanwhile, the two traditional political camps running in the constituency, namely the March 8 and March 14 camps, have each joined forces in one list.

The forces at work

Registered voters in Mount Lebanon IV are in for a similar scenario to that of 2018, with a few differences.

Firstly, the political groups and figures claiming to represent the thawra have once again failed to unite around a single list or a single program.

As was the case in 2018, these protest groups will have to face off against two major lists representing the two traditional political camps of March 14 and March 8: the first one being supported by Walid Joumblatt's Progressive Socialist Party, Samir Geagea's Lebanese Forces and Camille Dory Chamoun's National Liberal Party; and the second representing Talal Arslan's Lebanese Democratic Party, Gebran Bassil's Free Patriotic Movement and the leader of the Tawhid party, Wiam Wahhab.

Meanwhile, the Kataeb is expected to support one of the independent lists, but the party of Sami Gemayel party has yet to decide which one.

In the 2018 elections, the Reconciliation List, backed by the PSP, the LF and Saad Hariri’s Future Movement, was able to snatch nine of the 13 contested seats, securing 98,967 votes out of 170,637.

The remaining four seats went to the list of “The Guarantee of the Mountain,” supported by the FPM and the Lebanese Democratic Party, with 39,027 votes.

In the 2022 polls and with Hariri’s withdrawal from political life, the March 14 camp will have to do without the Sunni leader and the 15,000 votes of his electorate in the area.

The March 14 forces are, however, joined by the National Liberal Party. The latter forged an alliance with the Kataeb in 2018 (their joint list secured 5,446 votes).

On the other side of the spectrum, former pro-Syrian minister Wahhab, who won more than 7,000 votes in 2018, joins the FPM and the Lebanese Democratic Party as a candidate for a Druze seat in the Chouf area.

All eyes are riveted to this historic stronghold of Joumblatt and the only constituency with a Druze plurality (meaning they do not have an absolute population majority but are the largest group), where the battle promises to be tough.

First, because it is a constituency where the opposition forces close to the thawra supposedly have a chance to make a breakthrough, with the electoral threshold being relatively low and the area having witnessed many demonstrations during the Oct. 17 uprising.

But these opposition groups have failed to band together, which may undermine their chances of success.

Among these groups, the “United for Change'' list has the most candidates (12) and includes the most opposition groups. It is backed by the movements of Taqaddom, Lana, Chouf al-Taghyir and Aley al-Taghyir.

“Our list is the only credible list, since it brings together the largest number of groups and politicians in the area. We advocate a political project for change, which should be voted on,” says Marc Daou, candidate for the Druze seat of Aley on this list.

“We are sure we will get at least one electoral quotient, but the battle is for the second seat, which we could win via the battle of the decimals," he explains.

Is this a realistic scenario with scattered opposition groups? For him, having multiple lists is not necessarily a bad thing.

“As long as we are all tapping into the pool of traditional parties’ votes, it is a good thing,” Daou explained.

But not everyone shares the same view.

Daad Azzi, a candidate for a Maronite seat in the Chouf on another protest list, “The Sovereignty of a Nation,” says her list represents the spirit of the thawra, accusing the rest of the lists of being Trojan horses of the traditional parties.

“We are convinced that we will catch everyone by surprise,” says Azzi, who was a candidate on the National Liberal Party list in 2018.

“One of our candidates for a Sunni seat in the Chouf, Mohammad Chamaa, got pledges of support from the Jamaa Islamiya (the Islamic Group), as his father is a party executive: that's the equivalent of some 5,000 votes for our list,” she added.

According to Azzi, the alliance with a group advocating a moderate version of political Islam is not in conflict with the thawra’s principles.

“They are committed to supporting the creation of a civil state,” she says confidently.

For her part, Zeina Mansour, a candidate for a Druze seat in the Chouf area on a third contesting list, “The Mountain Revolts,” also claims to be the standard-bearer of the popular uprising.

While Mansour wants to fight for the establishment of a secular state in Lebanon, she continues to maintain “that the Druze community, founder of the country, has long been marginalized and must have a better role in the country’s management during the transition period.”

But the battles of the thawra groups are not the only ones to be played out at the ballot box in Mount Lebanon IV.

While the country is experiencing an acute political polarization, reminiscent of the 2009 elections, the confrontation between the camp close to Hezbollah and the March 14 forces is also set to be fierce, in an area that has been ostensibly calm since the 2001 historic Druze-Christian reconciliation under the auspices of Maronite Patriarch Nasrallah Sfeir and PSP leader Joumblatt.

This reconciliation was put to the test in June-July 2019 with the incident in the town of Qabr Shmoun that left two dead and several injured, when PSP supporters were pitted against Lebanese Democratic Party members during a visit by Bassil to the mountain — an alleged attempt by the FPM leader to undercut Joumblatt’s leadership.

While the Aounist party won three Maronite seats (out of five) in 2018, it might fall back this time around.

First, there is the Chouf area, where outgoing MP Mario Aoun (5,124 votes) is not running as candidate on the party’s list and where Farid Boustani was not comfortably elected (2,657 votes). This means that of the three Maronite seats in the Chouf, the two seats held by the FPM are at stake.

But Bassil’s party could make up for this potential loss by taking the Greek-Catholic seat, because Nehme Tohme (7,253 votes), a PSP supporter who has held this seat since 2000, is not entering the fray.

The LF and the PSP replaced him with Fadi Maalouf, the National Liberal Party candidate, while the FPM fielded Ghassan Atallah, a former Minister for the Displaced, for this seat.

Only Georges Adwan (LF), with his 9,958 preferential votes, should not be worried.

The pro-Hezbollah camp could advance on the Sunni scene, taking advantage of the absence of Hariri's party.

In 2018, the two Future Movement candidates (Mohammad Hajjar and Ghattas Khoury) brought some 15,000 votes to the PSP-LF-Future alliance.

“Mr. Hariri decided not to participate in the election, and we respect his decision. However, our list still includes two Sunni candidates: Bilal Abdallah (PSP) and Saadeddine el-Khatib, an independent lawyer close to both the PSP and the Future Movement,” explains Saleh Hadife, head of elections in Joumblatt's party.

The PSP-LF alliance may not be able to keep the second Sunni seat.

Also, on the Druze side, the list of the PSP-LF alliance fielded only three candidates representing the community, leaving a traditional vacant seat in Aley in favor of Arslan, Joumblatt's rival.

But there is a major change that raises the concerns of March 14 camp: in 2018, due to the lack of an agreement with the FPM-Lebanese Democratic Party list, Wahhab decided to run alone, winning 7,340 votes, almost as much as Arslan (7,887 votes) and a little more than Marwan Hamadeh, his competitor in the Chouf with 7,266.

For the May polls, the Tawhid Party leader has joined the list of Hezbollah's allies. Unless the PSP can split the preferential votes between its two candidates in the Chouf (Teymour Joumblatt, who received 11,478 votes in 2018, and Marwan Hamadeh), which is a possibility, Hamadeh's seat could be relatively at risk.

The competing lists are the following:

5. Your Vote is a Revolution: independent figures + protest groups

6. Capable: Citizens in a State

Here we go again? In 2018, at the last moment before the finalization of the electoral lists, civil society groups competing in Mount Lebanon IV (Chouf-Aley) split into two.Although this is the constituency with the lowest percentage electoral threshold (7.7 percent, or 13,125 votes in 2018), neither list managed to garner the necessary votes to have an MP elected. The tally of the two lists...