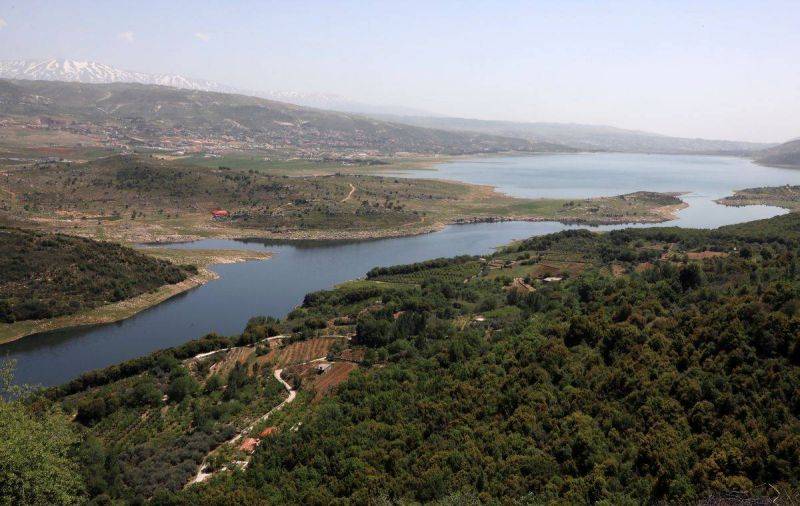 Water shortages are expected to worsen across Lebanon as pumps, which propel water from reservoirs to water tanks, go offline. (Credit: Mohamed Azakir/Reuters)

BEIRUT — With Lebanon’s electricity crisis also throttling the water supply, many residents have become accustomed to trudging over to a nearby friend or relative’s house to bathe or do laundry when the water runs out at home. Fadel, who lives in Sour, says his household has been losing access to water one or two days per week since December, sending them over to his grandparents just streets away, who have had no problems. He’s not alone.

“[I] used to shower with a bucket when I was a kid,” wrote one social media user on Reddit. “I thought those days were long gone. [I don’t know] why but this got to me more than anything else.”

Nearly seven months after the director of UNICEF issued a stark warning of a looming water crisis, Lebanon’s water network remains perilously balanced on the edge, and a UN program that supplemented the water establishments’ supply of diesel to run generators is ending at the end of this month.

“We’re held on the brink,” said Nadim Farajalla, director of the climate change and environment program at the Issam Fares Institute at the American University of Beirut. “If the powers that be decide, ‘Hey let them drop a little bit,’ they would loosen up the ropes holding us up and we’d drop down a notch.”

Amid heavy winter rains this year, many have found it ironic that the country’s water supply is consistently interrupted and plagued with outages, but the interruptions aren’t the result of there not being enough water. Instead they’re largely caused by the ongoing electricity crisis that has driven other infrastructure systems the country, like telecommunications, into serious danger of collapse, in addition to the water establishments’ revenues, which are in lira, plummeting and brain drain of experienced engineers, which both make it hard to maintain the network

Many of the complaints have surfaced in the greater Beirut area, supplied by the Beirut Mount Lebanon Water Establishment, which served nearly 2.7 million customers as of 2020. Before the crisis it was something of an administrative success story, especially compared to the chronically cash-strapped Electricité du Liban, with high bill collection rates and a cash surplus in many years. But since the start of the crisis, it has been under pressure, consuming up to 800,000 liters of diesel per month.

Its challenges also help demonstrate just how difficult it is to run a country without a real power grid.

While about 40 percent of Beirut and Mount Lebanon’s water customers are serviced by pipes using the pull of gravity to deliver water, the rest of the system, serving about 60 percent of customers, requires pumping stations that push the water along, which in turn require electricity.

Of the roughly 380 water pumping stations in Beirut and Mount Lebanon, most of them are equipped with generators and, diesel supply permitting, are able to operate without power from Electricité du Liban, although the high cost of generator power relative to EDL power is a huge burden on the water system’s finances.

But the region’s main pumping stations — Jeita, Dbayeh, Ashrafieh, and Mishref — are too large to run on generators, says Jean Gebran, the director of the Beirut Mount Lebanon Water Establishment. Generators with sufficient output cannot be found in Lebanon, leaving these stations totally dependent on EDL supply.

These large stations constitute what can be considered the backbone of the water network, pumping water to smaller relay stations equipped with generators. Interruptions at the large stations make it impossible to operate the others. “If they stop, even if I have diesel I can’t continue [running the network],” says Gebran.

It’s not just about the number of hours EDL provides but also their continuity.

Different points in the water system can require different amounts of time to refill the network after an outage, with the whole system needing about 48 hours to be filled, Gebran said.

For instance, he said, if an outage impacts a station that needs seven hours to refill its portion of the network, “If they give us less than seven hours, it won’t fill the whole network, and water will still not reach the customers. It needs to be a steady, continuous seven hours of power so that the whole network gets filled. From this fact we have a very big problem. Even if you gave me power for four hours, or three hours, it wouldn’t help me.”

Farajalla said that warnings of a “collapse” of the water infrastructure were and still are valid. If they have not yet come to pass, “you have to give credit to the water establishments, their ability to keep things going. And you have to give the donor community, whose work is sort of coordinated by UNICEF, credit for making money available to the water establishments to stay afloat.”

Foreign and international organizations including the UN have been involved in supporting the sector for over a year, but the coming weeks will see one pillar of that support taken away.

A UN program that has been delivering diesel to the water establishments since September is due to end at the end of this month, according to UN resident Humanitarian Coordinator Najat Rochdi.

Between September and December 2021, the UN says it distributed 4.6 million liters of diesel to Lebanon’s water establishments, with 2.2 million of that amount going to the Beirut Mount Lebanon water establishment, according to a press handout created by UN staff.

According to the UN, the total amount targeted for delivery to the water sector by the end of the program this month is 5.5 million liters.

In a late January field visit to some of the receiving facilities Rochdi expressed her confidence that local establishments would be able to implement plans for continued operation after the end of the diesel program by the necessary time. “We would not have stopped if it was not doable,” she told L’Orient Today at the time.

Gebran, for his part, said the program’s end will cause “a lot of problems. Because there is no diesel in the country and we were counting on them for it.” He said water service would “most likely” get worse in the short term after the program’s end. A plan to add solar power capacity at the Beirut Mount Lebanon Water Establishment is in the works, but it will take at least eight months to carry out.

For now, the water sector seems stuck between forces outside of its control, including the electricity, economic, and currency crises.

“We are living day by day,” said Gebran. “We have no projects, we have no plans for the future.”

BEIRUT — With Lebanon’s electricity crisis also throttling the water supply, many residents have become accustomed to trudging over to a nearby friend or relative’s house to bathe or do laundry when the water runs out at home. Fadel, who lives in Sour, says his household has been losing access to water one or two days per week since December, sending them over to his grandparents just...