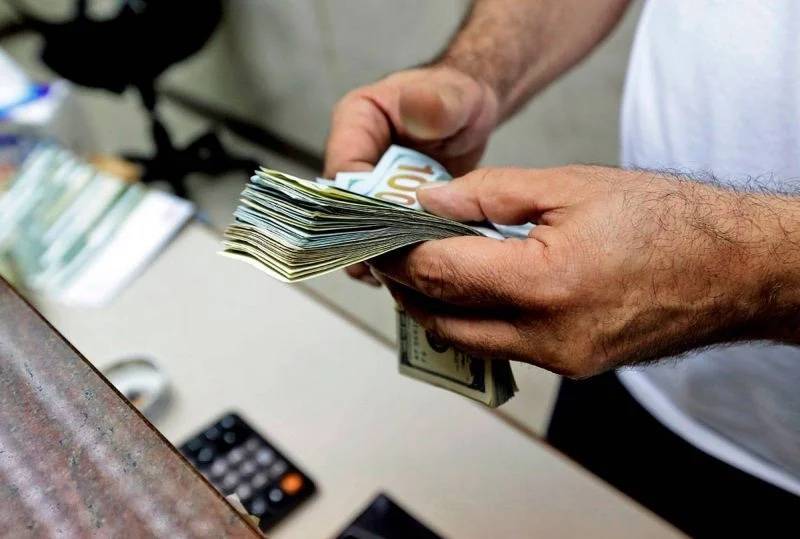 The market value of the lira dropped to LL29,100 to the dollar on Monday. (Credit: AFP)

Here's what we know:

• The lira’s fast depreciation forced the central bank to intervene in the market by selling US dollars to commercial banks, which in turn sold them back to their clients. The mechanism behind these transactions was detailed in Circular 161, released on Dec. 16.

• After a quiet period between Dec. 14 and Jan. 1, the lira is once again on the move, dropping from around LL27,350 to the US dollar to a low of LL28,750 to the US dollar over the New Year’s weekend when markets were supposedly closed for business.

• Recent comments from several government officials on the progress of the talks with the International Monetary Fund have been largely positive. They have indicated that negotiations with the fund will step up when a team from the IMF visits Beirut on Jan. 17 and that a preliminary deal should be expected by the end of January or February.

• However, the market is being tested by several developments. On one side, rumors abound about an increase in the official exchange rate from LL1507.5 to the US dollar to a new unspecified level. This possibility has gained ground since the central bank’s gov. Riad Salameh’s made comments last month that the lira’s peg is obsolete. And on the other side, officials are confirming that consideration is being given to the compulsory lirafication of part of foreign currency deposits.

• For the same period last year, the lira was trading at LL8,500 to the US dollar, thus bringing the annual losses closer to 70 percent.

BEIRUT — The lira hit a new record low Monday of LL29,100 to the US dollar on the parallel market, having traded in a tight range — LL26,200 to LL28,300 to the US dollar — for the duration of the holidays. Here's what we know:    • On Dec. 9, the central bank surprised the market by increasing Circular 151’s withdrawal rate for dollars deposited in Lebanese bank...

Migrants from Lebanon destined for Italy are transferred to Greece: video