The text grants a number of prerogatives to Banque du Liban. 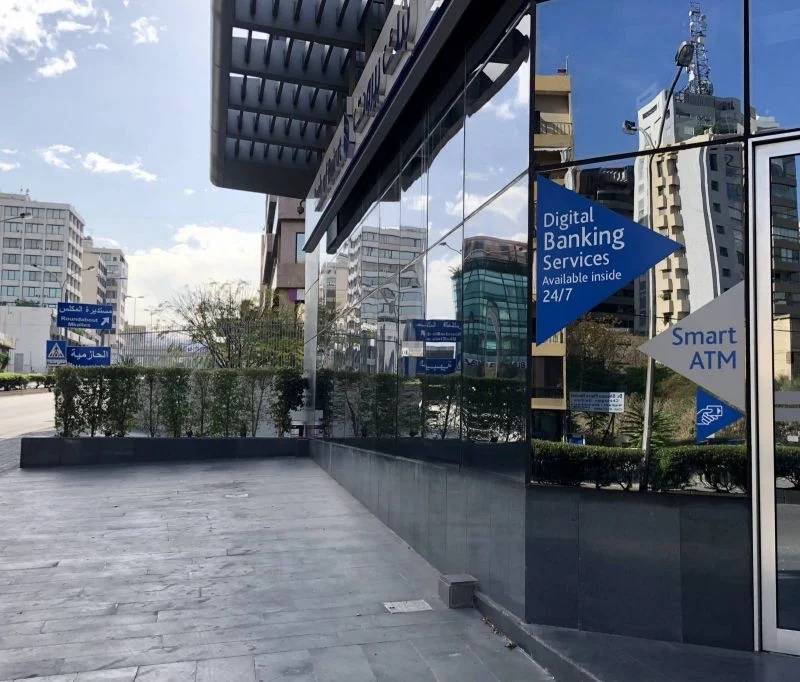 A final draft of the bill, which establishes formal capital controls, was leaked last week ahead of a meeting of the joint committees scheduled for today, before a regular session of Parliament convenes Tuesday. Partly inspired by texts that have already been studied by parliamentary committees, notably the Finance and Budget Committee — the draft bill is expected to be submitted to the parliamentary committees, including the Finance and Budget Committee chaired by Ibrahim Kanaan (FPM/Metn) and the Administration and Justice Committee chaired by Georges Adwan (LF/Chouf) — the text is the subject of much criticism.

When contacted Georges Adwan rejected any connection with the new proposal.

“It was distributed during the session of the joint committees last Wednesday. The Vice President of the Council Saade Chami told us that it was a version prepared by the government, so we expected it to be the subject of a draft or a bill signed by a deputy,” Adwan said, before adding: “I learned on Saturday that the text had been submitted as a bill to the General Secretariat of Parliament by MP Nicolas Nahas (Azm Movement bloc/Tripoli), who signed it.”

According to MP Amal Yassine Jaber, a member of the Finance Committee, the version signed by Nahas has some amendments to the version that has been circulating since last Wednesday.

“This one was drafted in a hurry and there have been changes since then, after consultation with the International Monetary Fund. Other substantial changes will be made in committee,” Jaber said.

Adwan, for his part, is firmly opposed to the content of the proposal, a position that he will not fail to support during joint committee meetings.

“The proposal does not correspond at all to what should be put in place to achieve the objectives of such a device, including in the eyes of the IMF, which calls first to integrate the law into a set of reforms to enable Lebanon to emerge from the crisis,” he said.

Jaber added that the proposals developed by each of the two committees were forwarded several months ago to the Parliament Secretariat. When contacted, neither Kanaan nor Nahas responded to our calls. According to parliamentary sources, the chairman of the Finance Committee is also opposed to the text.

Nahas is (unofficially at least) part of the group of negotiators appointed by the government of Najib Mikati to participate in the technical discussions with the IMF, which should lead to negotiations to allow Lebanon to unlock a financial rescue package, which the country requested for the first time in spring 2020. In addition to Chami, the group includes BDL Governor Riad Salameh and Finance Minister Youssef Khalil, who is a former BDL executive. The IMF suspended a first round of technical discussions launched in May 2020 just two months later, following a disagreement between Hassan Diab's government on the one hand and BDL, the Association of Banks in Lebanon and some MPs on the other, over the preferred approach to accounting for and allocating financial losses.

Whether it is transmitted to Parliament as it is or with amendments, the bill that has been circulating since last Wednesday deserves scrutiny in view of the issues it raises.

In terms of general provisions, the text establishes capital controls (limits on the freedom to transfer funds to or from the country) that extend for one year, as was provided for in previous proposals. This period can also be renewed by a decision of the Council of Ministers, which will have to be based on the recommendations of the BDL governor and the finance minister. The text then recognizes the distinction between fresh funds — which refer to foreign currency deposited in special accounts and whose availability is protected by BDL Circular No. 150 of April 9, 2020 — and other foreign currency deposits that have been subject to illegal restrictions by banks.

The reference to this circular is a novelty, insofar as in the version of the Finance Committee, for example, the distinction had been made by taking as a benchmark Oct. 17, 2019, fresh funds in foreign currencies then designating those deposited after this date on special accounts. This date, which corresponds to the beginning of weekslong popular protests against the political class, also marked the beginning of a period of almost a month during which banks closed their doors, citing public order disturbances. They opened their doors briefly on Nov. 1 and then indefinitely on Nov. 17, just after ABL published a first list of harmonized restrictions, which some banks still apply.

In terms of effects, the latest text prohibits transfers abroad from bank accounts in Lebanon in foreign currencies or Lebanese lira, whether they are credit or debit. It also prohibits conversions from lira to foreign currency or vice versa, unless the customer himself provides the funds in cash or via transfers from abroad. The text explicitly underlines that, apart from transactions carried out from accounts containing fresh funds, money withdrawals in Lebanon can only be made in lira at the rate set by BDL’s Sayrafa platform, which has always been lower than the parallel market rate. Moreover, the modalities and limits of authorized withdrawals in lira will be set by the BDL, contrary to previous versions of the law, in which such limits were set.

As suggested in previous proposals, the new provisions do not apply to accounts belonging to embassies and international organizations, whether “financial” or not, the text states. However, the accounts of the BDL and the state have been removed from this list of exceptions, whereas previous versions had included them.

Apart from these specific categories, the text elaborates a list of transfers that can be authorized, provided that the client requesting to execute them does not have an account abroad (a matter that can be verified through the procedures of tax information exchange) or a fresh money account in Lebanon. The problem with this criterion is that it can be interpreted as an implicit obligation for depositors in this situation to waive their right to recover their frozen foreign currency deposits for at least the duration of the law's application.

To return to the planned arrangements, the applicant for the exception must also have a debit bank account in which the amount he wishes to transfer is already deposited; agree to the lifting of banking secrecy (the proposal does not specify whether it is on the account from which the transfer will be made or otherwise) vis-à-vis a specialized unit set up to centralize all foreign transfers, which will be created by the BDL no more than two weeks after the publication of the law in the Official Gazette, and will take part in its management. In short, this structure seems similar to the Central Risk Office that already exists for credit control or the one created in the context of the implementation of Circular No. 158 of June 8, 2021 (which institutes, under certain conditions, the possibility of withdrawing $400 in cash and its equivalent at the rate of LL12,000 to the dollar from blocked accounts, within certain limits).

Transfers will be allowed for: paying “education and living expenses” of university students; paying for orders for raw materials or equipment from actors in “productive sectors” (without specifying which) or for undertakings that are deemed “social priorities”; or to cover “health and education” expenses, though no further details are offered on the specifics of what this last category might include. The reason the list is less detailed than those included in other bills is that it gives the BDL's central board the prerogative to decide which categories of actors can transfer money abroad and in what proportions. The text also requires beneficiaries of exemptions who export part of their production to repatriate part of the funds, without specifying any amount or ratio.

Some transfers that may be authorized, which had been provided for in prior proposals, have finally disappeared from this new version, such as those that must be used to pay taxes owed to a foreign country, financial commitments (foreign currency credits, for example), or certain online payments.

The bank that receives a request for a transfer that can be authorized will have 10 days to react. After this period and in the absence of a reaction from the bank, the request will be considered as accepted, without specifying the maximum reaction time of the bank in this case.

If a green light is given, the money will be transferred from an account of the bank to its correspondent bank, according to the terms of the text. In the event of a refusal, the bank will have to transfer the file to the specially created central transfers unit, which will in turn have a period of five days to respond.

In case of refusal of the transfer by the bank and the Central, the client will finally have ten more days to file a complaint with a special court created by the High Judicial Council, which will have to react within five days. If not, the application will be considered valid. If it is rejected, the customer will have no further recourse.

The Banking Control Commission will be responsible for verifying that the law is being applied. Penalties have been foreseen for banks as well as for clients who present “false documents.” The High Banking Authority (another creation introduced in previous bills) will also have to be set up within two weeks of the publication of the text in the Official Gazette.

Another important point is that the latest version of the law reinstates the highly controversial Article 8, which was included in one of the versions drafted in the previous months. This article states that once passed, the law establishing capital controls will override any provisions in Lebanon to the contrary. It will also provide legal and retroactive coverage for all transfers, even those that are the subject of legal proceedings in Lebanon and abroad, and on which there has still been no non-appealable judicial decision. The only control mechanism established by the law obliges BDL to transmit a list of transfers made abroad to the Minister of Finance every quarter.

A final draft of the bill, which establishes formal capital controls, was leaked last week ahead of a meeting of the joint committees scheduled for today, before a regular session of Parliament convenes Tuesday. Partly inspired by texts that have already been studied by parliamentary committees, notably the Finance and Budget Committee — the draft bill is expected to be submitted to the...