Amid political tensions and economic crisis, football match offers both hope and anxieties 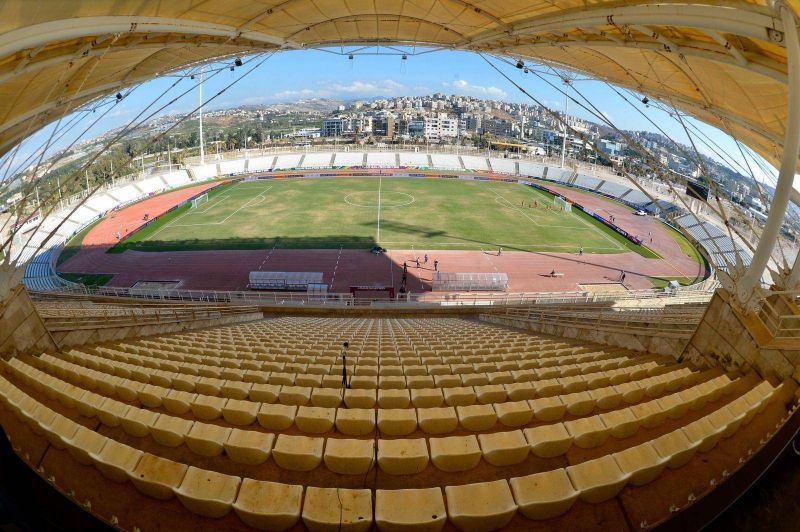 BEIRUT —Amid the crises and instability facing Lebanon, football offers both a spark of hope and increased anxieties.

After reaching the final stage of the qualifiers for only the second time in its history, the Lebanese team has the chance to reach the World Cup finals. Lebanon is currently sitting in third place in its group in the final round of qualification games, behind Iran and South Korea, and will face off against Iran in a home game Thursday.

For some fans, the prospect has at least temporarily overtaken the daily worries of life amid an ongoing political and economic crisis.

“Football has always been my escape from what is happening in the country,” Mohammad Khoumasi, 28, a lecturer of economics at the Lebanese International University, told L’Orient Today. “It will be good to divert from all what’s going on in the country and enjoy the game while dreaming of qualifying for the World Cup for the first time.”

But like everything else in Lebanon at the moment, the upcoming game is surrounded by symptoms of the economic and political crisis.

The game will be played in the Saida Municipal Stadium instead of the Camille Chamoun Sports City Stadium, which was built for the purpose of hosting the national team’s games, because the latter was damaged in the August 2020 Beirut port explosion.

Wadih Abdel Nour, a spokesperson for the Lebanon National Football Team, said the Saida stadium was selected because preparing it for the game — which entailed fixing up the turf and dressing rooms along with some other repairs — would cost less than repairing the damaged stadium in Beirut; in light of the economic situation in the country, he added, the Lebanese Football Association had offered to foot the bill for the stadium, which would normally be paid by the government.

In a further sign of the times, Abdel Nour explained that the association had decided to schedule the game at 2 pm, when there would be natural light, because they would not be able to secure electricity for the stadium in the evening amid the country’s electricity crisis.

“Our players are real heroes,” Hassan Mohammad Bohlok of Baalbeck, who is such a diehard football fan that he is currently taking a Barcelona-based football tactics course remotely, told L’Orient Today. “The players of the other national teams live a very comfortable life and get taken care of by their clubs, while some of the families of our players had to ask someone with electricity to host them so that they can watch them play.”

Thursday’s game and the upcoming Nov. 16 match against the United Arab Emirates have also been overshadowed by security concerns, given the charged political atmosphere in the country and the fact that the Lebanese team will be facing off against Iran, one of the regional powers whose rivalry has been playing out in Lebanon.

Tensions have risen between the pro-Iran camp of Hezbollah and its allies and the anti-Iran and pro-Gulf opposing parties since the Oct.14 Tayyouneh clashes. The recent diplomatic crisis between Lebanon and countries from the Gulf region has added further fuel to the fire. And Hezbollah leader Hassan Nasrallah is set to deliver a speech while the game is taking place, in which he is widely expected to weigh in on the row between Lebanon and Saudi Arabia.

“When the matches were announced, I joked with my friends about a hypothetical solution, which is to allow the Shias to enter the Iran game and the Sunnis to enter the UAE one,” Bohlok told L’Orient Today.

Security concerns prompted the International Federation of Association Football (FIFA) to ban fans from attending the game against Iran and Emirates s. Abdel Nour said the Lebanese Football Association had been against the decision and tried to convince FIFA that they would guarantee the matches’ safety, but eventually surrendered.

“It is what it is. We didn’t choose this but we’ll have to adapt to it,” he said. “At least the games are going to be played at home without having to exhaust the players with traveling, which is a positive.”

In the leadup to the game, some have accused Hezbollah supporters of rooting for Iran over their own country’s team, while others accused the Iranian players of smuggling in money for the party.

But when asked which team he will cheer for, Firas El Mahmoud, 23, a self-identified Hezbollah supporter from south Lebanon, told L’Orient Today, “Obviously I will cheer for my own country... When Lebanon plays, I cheer for Lebanon, regardless of who’s the team facing it.”

As for the fact that Nasrallah’s speech will intersect with the game, Mahmoud said jokingly, “I have it settled — I’ll stream my game on my laptop without a commentator and still listen to the Sayyed. I’m known for being a multitasker.”

Even with all the chaos surrounding the game, the national team’s assistant coach, Wissam Khalil, told L’Orient Today that he believes the players can turn  the negative factors to their advantage.

“Our players don’t match the other teams’ capabilities in the amount of funding and practice that they received, but they are known for their fighting spirit, for they were always mistreated and underpaid, way before the economic crisis started,” Khalil said.

Nader Matar, a player on the national team who also currently plays in the Qatari club Muaither, told L’Orient Today that though he would have preferred the game to be played with fans in the stadium, he and his teammates would do their best to make it up to their supporters by putting in a strong performance.

“I really believe we have a big chance to qualify, and no one expected us to reach this level,” he said.

“We will try our best to qualify for the World Cup so that we can give the Lebanese people a glimpse of joy, with all the misery that is happening in the country.”

BEIRUT —Amid the crises and instability facing Lebanon, football offers both a spark of hope and increased anxieties.After reaching the final stage of the qualifiers for only the second time in its history, the Lebanese team has the chance to reach the World Cup finals. Lebanon is currently sitting in third place in its group in the final round of qualification games, behind Iran and South...