Here’s what happened yesterday and what to expect today, Friday, Sept. 10, and this weekend 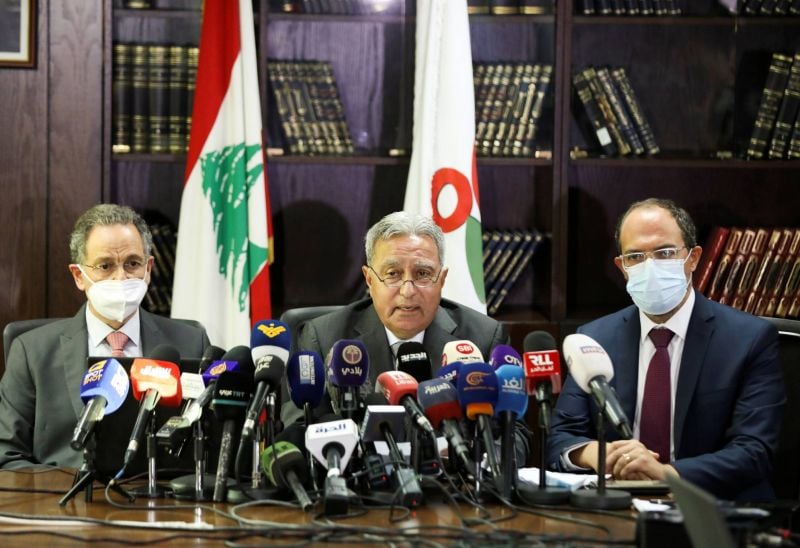 Lebanon’s caretaker social affairs and economy ministers announced that vulnerable families will be able to register for a ration card program starting next week. The $556 million program, which aims to provide 500,000 vulnerable families with cash payments in US dollars or their lira market equivalent, is taking off as the state is ending Banque du Liban subsidy payments on essential goods. Qualified families — who must earn less than $10,000 a year and meet several other criteria — will receive up to $126 a month, depending on the number and ages of the family members. The average family payout is expected to be about $93. But with cash sorely needed as the end to BDL subsidies seems imminent, the program still has no clear funding mechanism. Officials previously hinted that the World Bank might finance the program, but the Bank has shown hesitation to do so after the Lebanese government fumbled another program meant to get cash quickly into vulnerable residents’ hands. Caretaker Social Affairs Minister Ramzi Musharrafieh clarified yesterday that the funds for the program will be taken from the central bank, with a possibility for part or all of it to be reimbursed by the World Bank or Lebanon’s allocation from the International Monetary Fund’s Special Drawing Rights.

A group of 60 women marched toward Parliament Speaker Nabih Berri’s Beirut residence to demand that legal immunity be lifted from officials implicated in the 2020 Beirut port explosion probe. “We are here to ask for justice, and we are here to ask for the truth for us and for our children,” Rima Abou Chacra, a victim severely injured from the blast, told L’Orient Today as the march kicked off. The women came face-to-face with security forces, who blocked the road leading to Ain al-Tineh, where Berri resides, as they marched, though no scuffles took place. Judge Tarek Bitar, the port explosion probe’s lead investigator, previously asked Parliament to lift immunity from former ministers and current MPs Ghazi Zeaiter, Ali Hassan Khalil, and Nohad Machnouk, which would pave the way for interrogations and, possibly later, charges. However, Parliament has till now failed to adjudicate the request, despite assurances back in July that it would do so. Several top officials have leveraged legal immunity to avoid cooperating with Bitar’s probe, including not only the three MPs but also General Security head Abbas Ibrahim and State Security Director-General Tony Saliba.

Al Janoub Hospital in Saida announced its indefinite closure due to shortages of diesel needed to operate electricity generators. In a statement, the hospital said it had “closed its doors in the face of all patients, including dialysis patients,” adding that it had “informed the committee responsible for fuel distribution in the Municipality of Saida, along with the Syndicate of Private Hospitals in Lebanon” about its struggles but was left unaided. Sleiman Haroun, who heads the private hospitals syndicate, warned on Wednesday of a “health catastrophe in the next two weeks” should fuel subsidies be removed. In a news conference, Haroun said changes to the subsidy mechanism would increase medical care costs, further complicating access to health care for the Lebanese — more than three-quarters of whom are currently estimated to be impoverished. Meanwhile, caretaker Health Minister Hamad Hasan issued a decision yesterday setting the exchange rate for unsubsidized medicines at 80 percent of the parallel market exchange rate until the end of the year.

Truck drivers at the Beirut port announced that they will carry out an open-strike as of Monday. In a statement, the National Federation of Trade Unions said a meeting was held between port truck owners and truck drivers to end wage disputes, which have led to a series of protests since the beginning of the month. The truck owners union asked to study the drivers’ demands and promised to hold a session yesterday to sign an agreement, a trucker told L’Orient Today. Drivers’ demands included a wage hike of $125 in cash, a transportation allowance, school grants for their children and annual leave. Yesterday, the union replied, refusing to adjust wages, setting the stage for an open-ended strike by the drivers. “With the Lebanese lira’s depreciation, our salaries are worth nothing anymore,” the trucker added. The union called on truckers to not load trucks’ refrigerators with meat or foodstuffs on Monday.

No signs of a breakthrough in cabinet formation talks were detected edging into the weekend. Despite high expectations, international pressure and the entrance of new mediators — including Ibrahim — President Michel Aoun and Prime Minister-designate Najib Mikati remain unable to agree on how to apportion seats in a new cabinet. The latest iteration of disagreements reportedly includes: control of the Economy Ministry, the appointment of two Christian ministers and the name of the next finance minister. The Economy Ministry is particularly attractive for its minister’s role in communicating with the International Monetary Fund. Questions have also been raised over whether the Free Patriotic Movement would give confidence to Mikati’s cabinet. Moustapha Solh, the son-in-law of Mikati’s brother, had met with FPM leader Gebran Bassil to solve this issue.

Want to get the Morning Brief by email? Click here to sign up.Lebanon’s caretaker social affairs and economy ministers announced that vulnerable families will be able to register for a ration card program starting next week. The $556 million program, which aims to provide 500,000 vulnerable families with cash payments in US dollars or their lira market equivalent, is taking off as the state is...