Lights out in Lebanon? 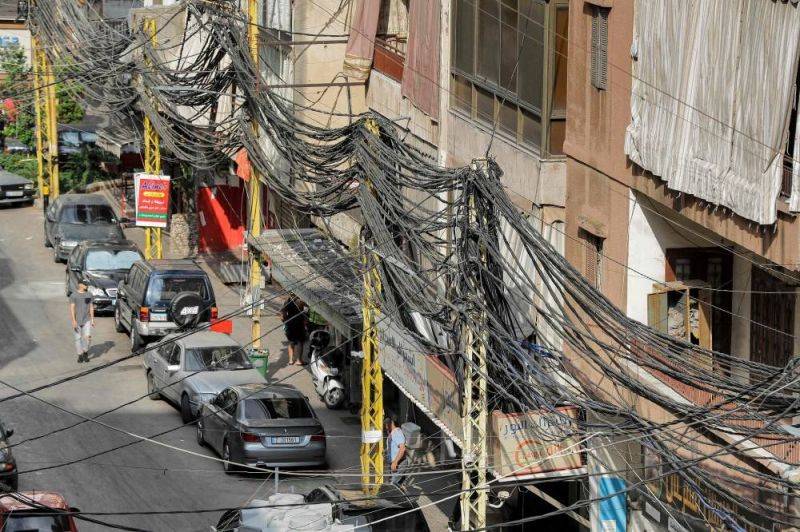 Generators owners have warned that they will shut down Monday due to severe diesel shortages. (Credit: Joseph Eid/AFP)

BEIRUT — A long-dreaded total power blackout seemed imminent Friday as generator owners warned that starting Monday they will turn off their generators due to severe diesel shortages. The announcement spells potential disaster across at least three sectors: health, food and tourism.

“Generator owners will have no diesel to run their engines as of Monday,” the head of the generator owners’ syndicate Abdo Saade told L’Orient Today, explaining that the fuel simply is not being distributed in the market.

A generator owner in Verdun meanwhile told L’Orient Today that he has been calling his clients for the past two days to apologize to them for having to stop his motor starting Monday, as he is unable to obtain diesel from suppliers amid severe shortages.

For months now fuel shortages have been a feature of Lebanon’s deepening economic crisis, leading to extended power outages at state-owned electricity production plants and making it increasingly difficult for private generator operators to secure sufficient diesel to bridge the widening gaps in the state power supply.

Diesel is among the fuel imports officially subsidized by the central bank at a rate of LL3,900 to the dollar; however, imports of the commodity have reportedly come to halt, mainly, Saade said, due to the depletion of the dollar reserves at the central bank and delays in opening lines of credit for importers. What stock there is in the country, he contends, is being held in warehouses as importers wait for BDL to pay up.

As a result, catastrophe looms.

Private hospitals, hotels, food and beverage establishments and supermarkets have all issued warnings of the dire consequences of generators going offline. These range from the endangerment of patients’ lives in health care facilities to food safety risks to the loss of copious and much-needed business at the height of the country’s annual tourist season. These sectors have appealed to the state to prioritize securing fuel for their industries in order to avert disaster.

Saade, however, claims that the state’s reported efforts to redirect fuel to run private generators have been “nothing but talk.”

At the beginning of the month, the caretaker energy minister announced that some 5 million liters of diesel stored in facilities in Tripoli and Zahrani and originally designated for the army would be distributed to generator owners. Saade told L’Orient Today that this distribution has not materialized.

As a result, as Harake, a generator operator in the Jnah area of Beirut, told L’Orient Today “generator owners can only manage to buy diesel from the black market.”

While diesel from official sources is bought at LL3,900 to the US dollar, on the black market its price could reach as high as the parallel market exchange rate, currently just over LL20,000 to the dollar.

One generator owner in Hamra said the price of a diesel tank, equivalent to 20 liters, on the black market is LL170,000, nearly three times higher than the price set by the ministry.

Yesterday, the assembly of owners of private generators in Aley reported that they will not buy diesel fuel from the black market.

Aley resident, Rabih Abou Mona told L’Orient Today that generator owners “warned us that in 48 hours, their generators will stop operating, unless the state provides them with diesel at the official price.”

Abou Mona, who owns a clothing shop in Aley, said “now that the motor owner I’m subscribed to is turning off his generator, I will have to welcome my customers without light and air conditioning.”

“Sure it will be embarrassing, but what choice do I have?” he asked.

Beiruti shopkeepers and business owners are facing the same struggle.

Yara Sinno, owner of a hair salon in Hamra said that she presently switches between her own personal generator and a subscription to a private generator to keep the lights on in her shop. Sinno says that if her fuel supplier runs out of diesel and the generator owner she is subscribed to turns off his engines for the same reason, she will have no choice but to close her shop.

Sami Fayed, a Hamra resident who currently pays LL500,000 monthly for his generator subscription, said his supplier called him saying that he is short on diesel and might have to stop his motor as early as this weekend.

With summer temperatures soaring and humidity high, Fayed worries how he will cope without any power.

“Beirutis will be literally living in hell,” he said. “I’ve been turning my fans on during the day because my 5-ampere subscription does not handle turning on the AC, but if the generator owner decides to stop electricity, I don’t know what to resort to.”

BEIRUT — A long-dreaded total power blackout seemed imminent Friday as generator owners warned that starting Monday they will turn off their generators due to severe diesel shortages. The announcement spells potential disaster across at least three sectors: health, food and tourism.“Generator owners will have no diesel to run their engines as of Monday,” the head of the generator owners’...