Following a scandal over the delivery of tainted fuel to the state-owned Électricité du Liban, 22 defendants will appear before the criminal court that upheld the charges, which include accepting bribes and forgery. 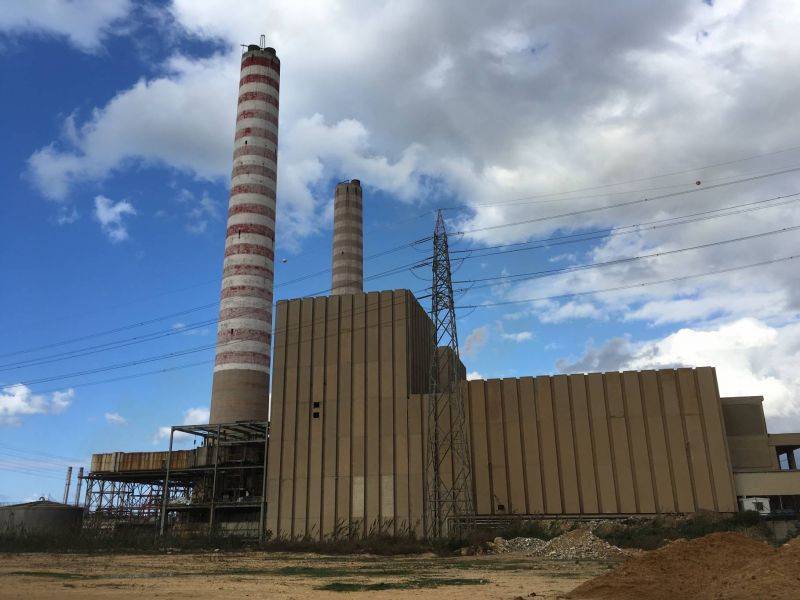 Twenty-two defendants are set to appear before a criminal court on charges related to a tainted fuel case that dates back to March 2020. (Credit: Philippe Hage Boutros/OLJ)

Forgery, using counterfeit documents, bribery, fraud and professional misconduct — these are the charges brought against 22 people and entities following a pretrial investigation into a case of tainted fuel delivered to the state-owned Électricité du Liban to supply its plants.

The case is now with the Mount Lebanon Criminal Court, presided over by Mohamad Mortada. However, the dates for the first court hearings, which will be open to the public, have yet to be announced.

The case dates back to March 2020, when EDL reported to the judiciary that it had received a shipment of poor-quality fuel, even though the results of tests conducted at the port of exit and upon the fuel’s arrival at the Beirut port showed the opposite.

Testimonies collected by Mount Lebanon Investigative Judge Nicolas Mansour as part of the preliminary investigation pointed to suspected shady deals to forge lab tests for the fuel’s quality specifications, and to the involvement of employees at the labs as well as senior officials at the Energy Ministry, including the director-general of oil installations, Sarkis Hleiss. (An attorney for Hleiss, who has been accused of fleeing, has publicly denounced certain aspects of the legal procedures.)

The testimonies suggest that this system has been in place for years, resulting in Lebanon purchasing tainted fuel under a contract signed in 2005 with a subsidiary of Algeria’s Sonatrach Petroleum Corporation.

Surprisingly, the contract, long presented as a state-to-state agreement, was in fact signed with Sonatrach’s offshore subsidiary, which is registered in the British Virgin Islands. The subsidiary subcontracted the deal to two private companies — BB Energy, owned by the Bassatne family, and, beginning in 2017, Dubai-based ZR Energy DMCC, owned by Ibrahim Zaouk.

The current legal proceeding is limited to the “Baltic,” the ship carrying the poor-quality fuel, which was delivered in March 2020 by ZR Energy DMCC. It targets Tarek Fawal, who is in charge of clearing Sonatrach BVI’s transactions related to receiving and unloading fuel shipments in Lebanon, and is accused of bribery, forgery and using counterfeit documents, as well as Zaouk.

Mansour had initially leveled the same accusations against the Lebanese company ZR Group Holding SAL and issued an arrest warrant for its owner, Teddy Rahmeh, which was withdrawn after bail was posted.

Rahmeh, like the other defendants, presented preemptory defenses during the pretrial phase, which the judiciary accepted, except related to the charge of bribery, which it upheld.

This is ostensibly because it was hard for the judiciary to find evidence linking ZR Energy DDMC and ZR Group Holding SAL, despite the testimonies collected by Mansour.

“ZR Group Holding SAL and ZR Energy DMCC are two separate corporate entities. There is no overlap of ownership or management between the two companies,” a representative of ZR Energy DMCC told Le Commerce du Levant.

The similar logo and name are explained through an agreement between the two firms that gave ZR Energy DMCC the right to use the brand and credit facility of ZR Group Holding SAL.

According to the Dubai commercial register, ZR Energy DMCC is fully owned by Zaouk. Zaouk is connected to Rahmeh, however, through another company, ZR Energy SAL Offshore, of which Rahmeh is a majority stakeholder and which, along with Zaouk, has a share in ownership of the Lebanese firm Domaz Holding.

“Teddy Rahmeh and his company, ZR Group SAL Holding, are not involved in importing fuel oil to Lebanon,” the representative of ZR Group Holding SAL said, denouncing the charges as a political conspiracy.

“Both Mr. Rahmeh and ZR Group have been subjected to a politically motivated witch-hunt underpinned by a campaign to distract from Lebanon’s political failings. This entire case rests on false assumptions backed up by entirely fabricated charges. ZR Group and Mr. Rahmeh were unlawfully indicted on a number of charges, of which all but one have been dropped. We fully anticipate that the final charge will also be dismissed,” he said.

Speaking on condition of anonymity, a lawyer with knowledge of the proceedings said that “there is no [indictment] at this point.” “It is up to the criminal court to decide on the merits [of the case], and to determine whether ZR Group Holding SAL and Rahmeh are involved in the case. The judge is the one who has the power to add to or drop the charges.”

For its part, ZR Energy DMCC denied any involvement in illegal practices.

The allegations did not prevent the Energy Ministry from awarding it a spot fuel import contract in January to partially fill the gap created by the end of the contract with Sonatrach, after the latter did not renew the deal.

The decision to award ZR Energy DMCC a new contract, despite its alleged involvement in the tainted fuel case, was explained by “the presumption of innocence — a principle applicable as long as no [verdict] was issued,” an official source said.

“The charges pressed at the end of the investigation consist of a foundation for a trial. This means that the judiciary has ruled pro forma for now. It is up to the criminal court to render a decision on the merits of the case. At this stage, all defendants are innocent until found guilty,” the lawyer said.

Yahya Mawloud, the operations manager of Middle East Power, the company operating the reciprocating engines installed in Zouk and Jiyyeh where the tainted fuel was destined for, had sounded the alarm about the poor quality of fuel in March 2020. “The trial is a step in the right direction,” he said.

He was one of the witnesses in the pretrial investigation. He said, “There is a will to hold those involved in the scandal accountable.”

However, he expressed regret that the court system had not dug deeper. “We made a separate appeal to examine the contract with Sonatrach, but it was rejected. This case points to the rampant corruption in the sector. This is an actual Pandora’s box that goes far beyond the chapter currently in the hands of the judiciary,” he said.

The legal proceeding is not expected to be decided before next year.

“The procedures may take a long time, particularly because the number of defendants is high. In my eyes, we should not expect any verdict before 2022,” the lawyer said.

Forgery, using counterfeit documents, bribery, fraud and professional misconduct — these are the charges brought against 22 people and entities following a pretrial investigation into a case of tainted fuel delivered to the state-owned Électricité du Liban to supply its plants.The case is now with the Mount Lebanon Criminal Court, presided over by Mohamad Mortada. However, the dates for the...