At last a capital control law is ready for parliamentary committee scrutiny. Here’s what the draft contains 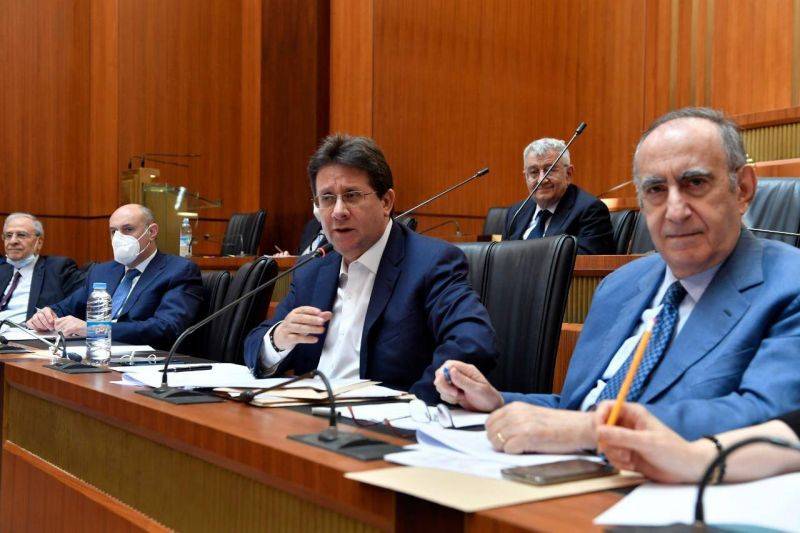 MP Ibrahim Kanaan will now present the law to the Finance and Budget Committee, which he heads. (Credit: NNA)

BEIRUT — Parliament’s Finance and Budget Committee head Ibrahim Kanaan has wrapped up an urgent capital control draft law — nearly a year and a half after the country’s financial crisis became undeniable and commercial banks imposed their own withdrawal limits to stem the hemorrhage of deposits from their institutions.

Capital controls are measures taken by a government to limit the outflow of foreign currency funds from a country and are typically implemented when a country’s foreign currency reserves run low and outflows are expected to continue if no limitations are put in place.

Since late 2019, Lebanese bank account holders have been largely unable to withdraw their dollar deposits due to informal restrictions on cash withdrawals and transfers imposed by commercial banks.

L’Orient Today was able to secure a copy of the capital control law proposal, which contains standardized withdrawal limits and money transfer blocks for all but limited reasons.

The law is just one item on a long list of reforms that the International Monetary Fund and the international community has stipulated be executed in order to unlock support that will help Lebanon’s economy recover from an unprecedented crisis.

If the draft law is approved by Parliament, depositors will be allowed to withdraw only LL20 million — about $1,590 at the current market exchange rate — per month, a ceiling that can be amended by the central bank after consulting the Finance Ministry, the draft law states. Account holders would therefore continue receiving haircuts on their deposits while withdrawing a depreciating currency.

Under the draft law, the treatment of “fresh dollar” accounts — dollars placed in bank accounts after April 9, 2020 — would remain unchanged. Clients would be able to withdraw these deposits in cash dollars and transfer them without any restrictions.

The proposed law requires Banque du Liban to “adopt a special formula” to determine an exchange rate for dollar withdrawals in lira, while taking into account the “popular market price” of the dollar, which is now trading at about LL12,600.

It would also allow dollar depositors, excluding those who accumulated dollars by exchanging lira to US dollars after 2016, to withdraw half of their monthly limit in cash dollars — a request that appears unfeasible, according to the Association of Banks in Lebanon.

In a letter addressed to Kanaan on April 21 and seen by L’Orient Today, Salim Sfeir, the general manager of Bank of Beirut and the head of ABL, objected to this element of the law and asked that dollar withdrawals be limited to cash lira only. The withdrawal rate would be set according to BDL’s platform rate, he added. The platform rate currently stands at LL3,900 to the dollar.

Aiming to curb the rise in non-fresh dollar deposits, the draft prohibits commercial banks from exchanging lira accounts into dollars, unless the bank holds enough foreign currency to cover the exchange operation. The Banking Control Commission would be tasked with supervising such transactions.

Under the draft law, families of Lebanese students studying at foreign universities would be able to transfer money to cover their relatives’ tuition fees and living expenses abroad. However, although a law was previously passed to allow these families to transfer up to $10,000 per year at the official peg to the dollar — LL1,507.5 — those who have tried to execute transfers under it have complained that banks do not comply with the law.

Depositors would also be allowed to pay for their “online subscriptions and applications” using either their debit or a credit card, the draft law states. “Housing loans, tax payments and other financial obligations owed to foreign governments” are also exempted, it adds.

Once the Parliament passes the law, Banque du Liban’s governing council would be tasked to set the limits on transfers, which the law puts at a yearly ceiling of $50,000 per person. Sfeir recommended decreasing this limit toward $20,000.

Although the proposal offers a variety of means by which depositors could withdraw or transfer dollars, many of these are precluded by the requirement that the depositor holds more foreign currency deposits than dollar debts. This simply is not the case for a substantial portion of depositors.

The only way to cover these exemptions is through the money commercial banks have available at their foreign correspondent banks, MP Kanaan (FPM/Metn) told L’Orient Today, adding that the mandatory reserves — a minimum of 15 percent of banks’ total dollar liabilities that must be kept at Lebanon’s central bank — should not be touched.

In his letter, Sfeir said that banks as a whole have a net negative position abroad, meaning they are short on foreign currency and therefore cannot pay using their own money at correspondent banks.

It also charges the central bank with creating a “central unit for transfers” that registers and supervises all transfer requests, as well as establishing a working mechanism for this process. This unit receives requests from all banks and must ensure no one transfers funds abroad from several banks for the same purpose or exceeds the total transfer ceiling.

Finally, it gives the central bank responsibility for monitoring the law’s implementation and submitting a quarterly report on this matter to the finance minister and to the Higher Banking Authority, which includes the BDL governor and his third vice-governor, the Finance Ministry’s director-general and a member of the Banking Control Commission.

The draft law stipulates that it be implemented for one year, but gives the Council of Ministers authority to extend or shorten this period after referring to the finance minister’s and BDL governor’s recommendations.

Now, the proposed law, which was prepared by a parliamentary finance and budget sub-committee, will be presented to the committee’s members for discussion, and thereafter will be handed over to Parliament Speaker Nabih Berri, Kanaan told L’Orient Today. The speaker will either transfer it to Parliament for a vote or refer it back to a parliamentary joint committee for further discussion, he added.

BEIRUT — Parliament’s Finance and Budget Committee head Ibrahim Kanaan has wrapped up an urgent capital control draft law — nearly a year and a half after the country’s financial crisis became undeniable and commercial banks imposed their own withdrawal limits to stem the hemorrhage of deposits from their institutions.Capital controls are measures taken by a government to limit the...