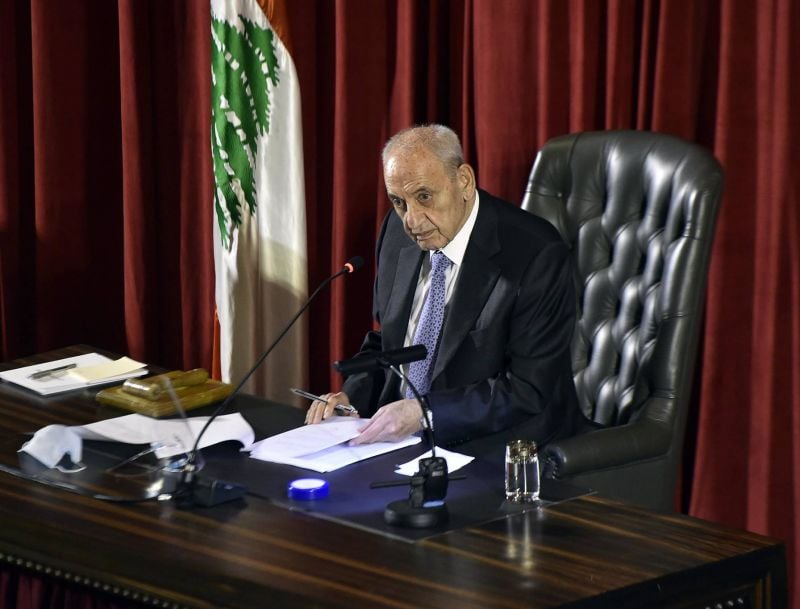 BEIRUT — Parliament approved a $246 million loan from the World Bank Friday that will fund a controversial stopgap program to provide cash to impoverished Lebanese families amid the country’s rapidly deepening economic crisis.

Under the program, more than 160,000 households will receive monthly payments of LL200,000, plus LL100,000 for each family member, for one year on prepaid cards. With more than half of all Lebanese estimated to be living under the poverty line, the direct payments would provide a necessary social safety net for the country’s poorest.

Critics, however, have raised concerns over the plan’s legality, administrative costs, potential for co-optation by existing patronage networks, and the fact that while the loan is in dollars, recipients will be paid in lira at a rate that is far lower than what is offered by exchange shops.

Lawmakers had ironed out some of their concerns in joint committee meetings earlier this year. After multiple amendments, $21 million in administrative expenses were cut, increasing the number of recipient households from the original 147,000 to some 161,257, according to caretaker Deputy Premier Zeina Akar.

But part of those cuts came at the expense of oversight, heightening suspicions that powerful political figures might try to use the program to shore up their own patronage networks.

The head of the Finance and Budget Committee, MP Ibrahim Kanaan (FPM/Metn), denied that the cuts to administrative expenditures would have any impact on the program’s transparency. It would instead reduce training, advisory and other operational costs, he told L’Orient Today.

The manner of the payments remains controversial.

While the lira hit a record low Friday, with one US dollar costing more than LL11,000, the plan will allow Banque du Liban to convert dollars from the World Bank to lira at a rate of LL6,240 — meaning more than 43 percent of the value of the loan will not reach recipients.

The dollars themselves will shore up BDL’s foreign currency reserves, which have fallen dramatically since the financial crisis began in 2018, partly due to central bank and government subsidies to import a wide array of products not made in the country.

“The dollars would strengthen BDL’s reserves but they would be [inefficiently] used for imports such as pistachios,” MP Alain Aoun (FPM/Baabda) said. “I prefer handing out dollar cash transfers to the most vulnerable.”

The call for a retargeting plan was also echoed by MP Hadi Aboul Hosn (PSP/Baabda) and the chair of the economy committee, MP Farid Boustany (FPM bloc/Chouf).

The World Bank money should be added to such a subsidy program targeting the most vulnerable, several deputies recommended.

Despite several warnings from BDL Gov. Riad Salameh over the central bank’s remaining reserves nearing a critical threshold at which subsidies in their current form could no longer be maintained, lawmakers have failed to put forward a plan that cuts hard currency leakage.

Parliament Speaker Nabih Berri (Amal/Zahrani) insisted on setting a deadline for ministers to prepare a subsidies retargeting plan “which shouldn’t take more than one month.”

Akar said the cabinet is working on the project, but provided no details or target date.

MPs also voted in favor of increasing ceilings on subsidized housing loans by LL150 million, reaching a maximum loan cap of LL600 million. These loans are funded by debt from the Arab Fund to support lower- and middle-income households.

Aiming to boost industrial activities and innovation, Parliament also approved the allocation of $5.5 million from an existing World Bank loan to support small and medium-sized enterprises during the COVID-19 pandemic.

Lawmakers did not, however, take up an emergency proposal from MP Ali Hassan Khalil (Amal/Marjayoun-Hasbaya) to give additional payments of LL1 million a month for six months to soldiers and members of the country’s security agencies. Nor did MPs discuss another urgent proposal from the Free Patriotic Movement to fund the country’s faltering electricity supply.

Late Friday afternoon, after the Parliament session had ended at UNESCO Palace, hundreds of protesters gathered in front of the Interior Ministry in Sanayeh and marched to downtown Beirut, where they gathered near the currently shuttered and walled-off Parliament building in Nijmeh Square.

“Today the dollar-lira rate reached 11,000 and we still get paid at the 1,500 rate. We couldn’t afford our rent when it was at 5,000-6,000 and now we can’t even afford food,” Ahmad Taha, a protester from Mazraa, told L’Orient Today. “A couple of days ago I was fighting with someone over a subsidized children’s powdered milk product.”

Another protester from Beirut, who gave his name only as Amin, said, “Today the protest is an extension of the October 2019 protests. But while we had many concerns before, today we only want a couple of things: a transitional salvation government that represents the revolution, not the politicians, and early parliamentary elections.”

BEIRUT — Parliament approved a $246 million loan from the World Bank Friday that will fund a controversial stopgap program to provide cash to impoverished Lebanese families amid the country’s rapidly deepening economic crisis.Under the program, more than 160,000 households will receive monthly payments of LL200,000, plus LL100,000 for each family member, for one year on prepaid cards. With...