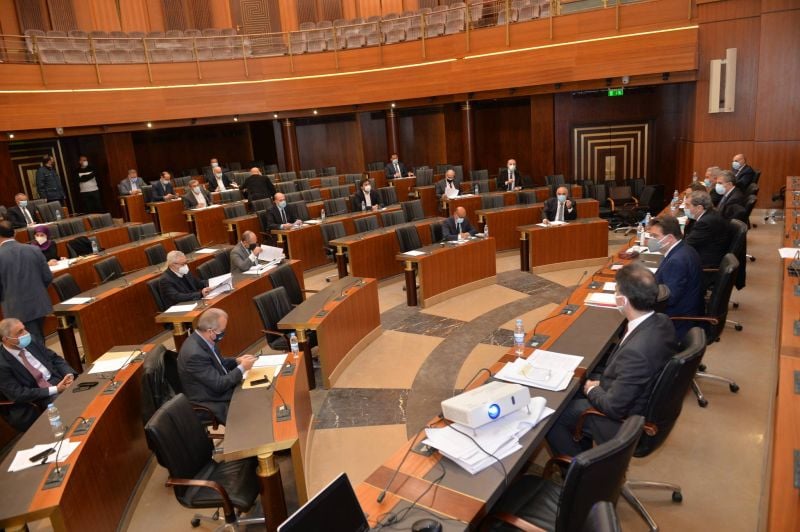 BEIRUT — The integrity of Lebanon’s COVID-19 vaccination plan was cast into doubt after MPs from several major political blocs received inoculations in a move the World Bank said was a violation of the national vaccine program it is partially financing.

Separately, President Michel Aoun’s press office announced that he, his wife Nadia and 10 members of his staff had also been inoculated.

According to the national vaccination plan, front-line health care workers, those over 75 and those with serious medical conditions should be first to receive the vaccines, which only arrived in Lebanon the weekend before last.

Those found eligible are invited to make an appointment at a registered inoculation center — a procedure the 12 MPs appeared to bypass.

Wehbe Katicha, a Lebanese Forces MP who received a shot Tuesday, said in a statement that he had registered on the national vaccine platform on Feb. 6 and received a call Monday to go to Parliament, where he thought the Health Ministry had set up an inoculation center, to be vaccinated.

Several other MPs also denied responsibility for Tuesday’s incident, some citing the fact that they had registered to receive the vaccine. More than 700,000 people have registered to be inoculated, but must wait their turn receive shots.

“What has happened today we understand is clearly a departure from the national plan,” Saroj Kumar Jha, the World Bank’s director for the Middle East, told L’Orient Today.

This may lead to the partial suspension of the World Bank’s vaccine financing, Jha said.

The World Bank, which is providing $34 million in funding for the initial rollout of inoculations, is playing an active role in monitoring the vaccination campaign along with the International Federation of the Red Cross and Red Crescent Societies, or IFRC. Jha said the IFRC had confirmed Tuesday’s violation in a report to be made public at the end of the week.

“Whenever there is a violation of the terms and conditions agreed with the World Bank for any project, we have certain legal remedies we would need to take which involves partial suspension of the part of the financing that was not spent as per the commitment,” Jha said.

Jha stressed that for the time being, the World Bank was still in the process of gathering information on the violation and issuing a notice to the Lebanese government for an explanation before taking any action.

Under the supervision of the World Bank and the IFRC, some 2.1 million doses of the Pfizer-BioNTech vaccine will be arriving in weekly batches. The first batch of 28,080 doses arrived Feb. 13 and the second batch of 31,500 doses arrived this past weekend.

The Health Ministry’s official procedures for doling out inoculations stipulates that potential recipients must register with the government’s vaccination platform before receiving an appointment to go to one of the official vaccination centers. Appointments are given in line with the ministry’s prioritization protocol for vaccine administration.

The Health Ministry could not be reached for comment.

Abdul Rahman Bizri, the head of Lebanon’s national vaccination committee, at first promised to resign over Tuesday’s violation, but later backtracked, calling for clarification on the incident and condemning it as “a breach that hurts people’s confidence in the vaccination campaign.”

Parliament’s secretary-general defended vaccinating the MPs, however. “Their names are on the official platform … and this was done in the presence of representatives from the Health Ministry and the Lebanese Red Cross,” Daher said.

“We vaccinated them so we don’t overwhelm hospitals,” he added.

However, the Lebanese Red Cross issued a statement on Twitter saying it “has no role in supervising, coordination or planning the COVID-19 vaccination campaign.”

Earlier in the day, Daher said that MPs who had been inoculated were over 75 years old. But he later told L’Orient Today that “anyone who was vaccinated under 75 has illnesses confirmed by a doctor’s note.”

Daher confirmed that the following MPs received the vaccine on Tuesday:

He also confirmed that the following MPs had previously received the vaccine:

BEIRUT — The integrity of Lebanon’s COVID-19 vaccination plan was cast into doubt after MPs from several major political blocs received inoculations in a move the World Bank said was a violation of the national vaccine program it is partially financing.Twelve MPs received vaccines at Parliament on Tuesday, the legislature’s secretary-general, Adnan Daher, told L’Orient Today. Four others...