Breaking the mold? Why ministerial rotations cannot make up for an independent government 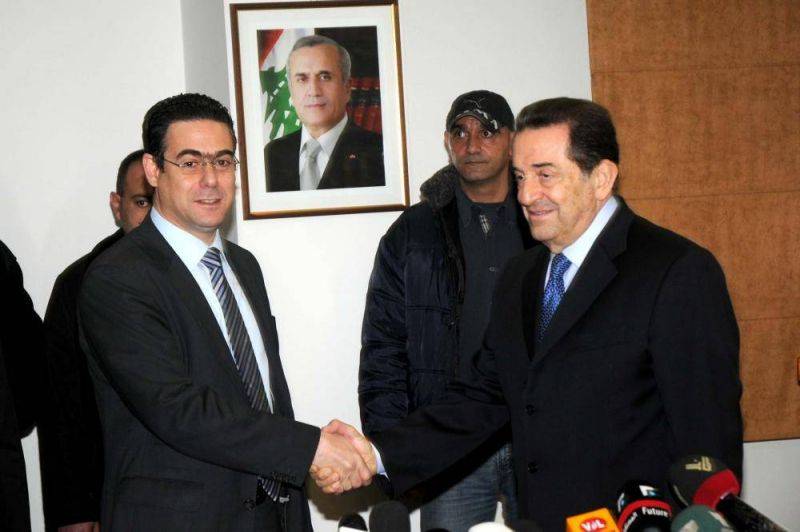 Lebanon’s many overlapping crises require immediate and decisive political action to mitigate their fallout on the population. Political responses in this country have always been slow — not just since caretaker Prime Minister Hassan Diab’s government resigned in August 2020. Legislative production has historically been low in Lebanon. The average number of laws passed per year between 1990 and 2009 in Lebanon was 80.2, compared to 186.3 for a set of European countries. Sluggish legislative response to changing environments or even crises has repeatedly been identified as a core reason for many of Lebanon’s socio-economic challenges.

One of the major responses brandished in recent months by some among the Lebanese political establishment is based on the principle that ministerial “rotation” be adopted in the formation of a new government — the aim being to change the party affiliations of ministers holding key ministries in order to “break the mold” and speed up reform. Even if there is no provision for it in the constitution, over time, several governmental institutions have become deeply entrenched with political elites. Their bureaucracies have become “bastions of privilege” for leaders of political parties, who abuse their political power to offer patronage by — for example, allotting employment to core supporters or appropriating procurement contracts for connected firms.

More than half of the portfolios in the cabinets between 2005 and 2020 were occupied by the same party for two or more consecutive terms. The Ministry of Energy and Water, for example, has been held by the Free Patriotic Movement for three consecutive governments — Cesar Abi Khalil from 2016 to 2019; Nada Boustani from 2019 to 2020; and outgoing Minister Raymond Ghajar from January 2020 until the present. (Bear in mind that the current FPM leader, Gebran Bassil, also held this position from 2009 to 2014.) These long-standing allegiances are assumed to have reduced the incentives for politicians, parties and bureaucrats to change the status quo since by doing so, they would risk profits from such rent-seeking activities.

Changing the affiliation of a minister is therefore intended to “break the mold” and foster novel formations of interests within and across ministries that enable reforms that would not have otherwise been possible.

But can rotation really facilitate reform? Existing research finds evidence and explanation both in favor of and contradicting the hypothesis that it can. Researchers, however, have largely focused on established democracies with strong bureaucracies, making their results not immediately transferable to countries like Lebanon. Moreover, existing work is largely theoretical, rather than practical, as comparable datasets for ministerial productivity were missing. Data on ministerial output in developing countries is scarce, and Lebanon is no exception.

We have tested this hypothesis based on a novel dataset of legislative activity that allows us, for the first time, to establish comparable measures of ministerial legislative productivity in a developing country. We set up an econometric model whose details can be found on the LCPS website. Spoiler alert: we answer our question with a resounding “no.”

Contrary to the narrative propagated by some among the political elite, rotation of ministries does not increase ministerial productivity. We investigated the number of “significant” pieces of legislation (defined as those texts that introduce changes in the legislative environment that structures social and economic life) passed by nine key ministries in all governments between 2005 and 2020, which includes 72 ministerial changes and 63 percent of total significant legislation. We find that rotation decreases output of significant legislation, even after we consider the influence that individual governments, ministries and their budgets have on legislative production. However, the affiliation to political parties appears to matter, pointing to differences in the way political parties approach legislative production: some parties consider a good record of legislative production more important than others to ensure the support of voters. Moreover, our results show that incoming ministers have even less output than the average ministry after rotations when they take over a portfolio that has been held by another party for more than one term prior.

These results provide important clues about why rotations impact legislative activity. Based on our preliminary findings, we propose two explanations, but both need to be verified and qualified in further research.

First, institutions experience “memory losses” following a rotation in the form of staff either leaving or obstructing the work of ministers by withholding information in order to prevent incoming administrations from reaping the benefits of previous efforts. These memory losses appear to depend on the extent to which outgoing political parties were willing and able to penetrate institutions with supporters over time by using public employment as a patronage tool. Simply put, institutions more lenient to a political party appear to make life hard for an incoming minister of another party.

Second, incoming ministers face challenges in understanding who to trust in a new institutional environment. As civil servants’ allegiances to the elites of political parties can trump those to administrative superiors, incoming ministers tend to slow down work until they fully understand which civil servants and contractors are trustworthy in terms of facilitating their work and priorities.

These findings cannot speak in favor of parties maintaining a grip on particular ministries. The opposite holds true. Rotation cannot substitute for the formation of a competent government independent of party elites. Our results show that maintaining a grip on a ministry can decrease its capacities in various ways, particularly as clientelistic networks impact the accountability of civil servants. In order to improve ministerial productivity, reforms are needed to increase transparency (e.g. by digitizing work processes), accountability (e.g. by strengthening merit-based criteria for performance evaluations and promotions) and meritocracy (e.g. by curbing the opportunities for parties to make ad hoc hires that circumvent the Civil Service Board).

Possible solutions to Lebanon’s multiple ongoing crises are well-known. The challenges are less technical and more political. Both the necessary technical approaches and expertise are readily available, yet political elites continue to have incentives to undermine state authority and appropriate institutional capacities for individual gains. Blaming ministerial affiliations for sluggish political responses is simply wrong. Rather, a government independent of the destructive influence of political parties and their elites, with a mandate for extraordinary legislative powers in certain policy areas, and for a limited but predictable period of time, would be more promising. As long as established power structures remain intact in that ministers and their bureaucracies depend on party elites, no rotation of ministries is going to “break the mold.”

Mounir Mahmalat is a senior researcher and Sami Zoughaib a researcher at the Lebanese Center for Policy Studies.

Lebanon’s many overlapping crises require immediate and decisive political action to mitigate their fallout on the population. Political responses in this country have always been slow — not just since caretaker Prime Minister Hassan Diab’s government resigned in August 2020. Legislative production has historically been low in Lebanon. The average number of laws passed per year between...