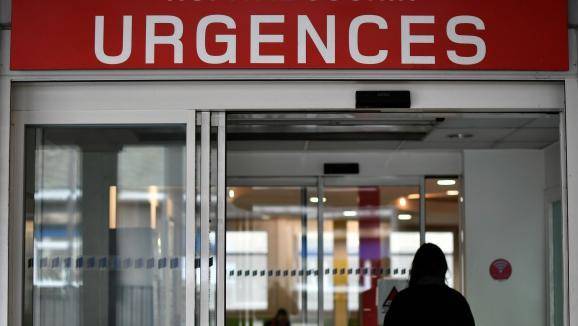 BEIRUT — After years of underfunding and months of pressure from the COVID-19 pandemic, a central bank decision has dealt a crippling blow to Lebanon's private hospitals, leaving them unable to give treatment to everyone who needs it, they say.

In a press conference a week ago Friday, the head of the Syndicate of Private Hospitals, Sleiman Haroun, described a “financial blockade” imposed upon hospitals by Banque du Liban through its recently issued Intermediate Circular 573.

This circular requires importers of essential goods, who until now have been able to obtain dollars at the official rate of LL1,507.5 to bring products from abroad, to provide 85 percent of the value of their purchases in cash lira.

In turn, importers of medical supplies and pharmaceuticals demanded that hospitals pay all their bills in cash lira, up front.

“The BDL circular has created a serious problem for hospitals, when they are already trying to fend off the spread of COVID-19 … with limited funds,” said MP Fadi Alameh (Amal/Baabda), who is also the vice president of the hospitals’ syndicate.

Private hospitals are owed more than LL2 trillion ($1.3 billion at the official rate) by the state, according to Haroun, via dues owed by the Ministry of Public Health, the National Social Security Fund and other state-funded health insurance schemes.

Hospitals have very limited income in cash. While some patients pay a proportion of their bill up front in cash, the majority of hospitals’ income comes via bank transfers or checks from private insurers, the Health Ministry or the social security funds.

On top of this, BDL has restricted the withdrawal of cash lira freely available to banks, some of which have passed the restrictions on to depositors.

Halim Berti, a spokesperson for BDL, was clear that the central bank's restrictions only deal with banks, and that banks can still withdraw as much money as they want — but that withdrawals over a banks' quota may mean they make less interest income.

A week ago Friday, six private university hospitals issued a joint statement saying that if BDL’s decision to require cash lira for imports wasn’t reversed, they would be forced to stop providing non-emergency care.

“Our statement was a warning to the banking community, to show them how such a decision could affect patient care,” said Georges Dabar, the medical director of the Hôtel-Dieu de France hospital.

The effects of the circular have already begun to show. Hospitals simply cannot afford to pay for expensive medical equipment under the new rules.

Instead, hospitals are being forced to make adjustments to their treatments and scheduling.

Hôtel-Dieu de France and LAU Medical Center-Rizk Hospital have postponed many of their “cold” surgical procedures — those that are not urgent — to limit the amount of equipment, drugs and medical materials being used and allow the hospital some breathing room.

Haroun said that canceling or postponing scheduled surgeries and prioritizing certain treatments is now happening in private hospitals across the country.

“But if we continue doing this, it will eventually have an impact on patient health,” said Sami Rizk, the CEO of LAUMC-RH. “Why should the patient go through this?”

Alameh, who is also the director of Sahel General Hospital in Beirut’s southern suburbs, said he is already witnessing the direct impact of the circular.

“We are having to select which patients we can and can’t admit due to shortages,” he said. “This is a miserable feeling, and it’s escalating every day.”

Mount Lebanon Hospital in Baabda has not yet had to adopt such measures, but the consequences of the circular further down the line could be catastrophic, according to medical director Elie Gharios.

“Imagine if we really ran out of supplies and we couldn’t accept patients in the ER,” Gharios said. “If I can’t give a patient the [treatment] they need, they’re going to die.”

Even if hospitals were able to get access to the cash, the practical reality of handling it would be an additional challenge.

Mount Lebanon Hospital receives around 20 patients per day for chemotherapy, which costs around LL500 million each day, Gharios said.

“Imagine me counting that amount of money in the hospital.” he said, “We’d need to employ extra staff.”

For Haroun, it is clear where the responsibility lies.

“We are trapped between the central bank, commercial banks and importers,” Haroun said. “They must solve this issue among themselves … and not put this problem on the shoulders of the patient.”

Salma Assi, the president of the Medical Devices and Equipment Importers Syndicate, said she understood the frustration of the hospitals, but that importers’ hands were tied.

“If we don’t provide cash lira, we won’t be able to pay our suppliers,” she said. “What solution do I have?”

Assi said she has appealed to the finance minister, the central bank governor, and even to the country's three top leaders: President Michel Aoun, Parliament Speaker Nabih Berri and caretaker Prime Minister Hassan Diab. “But no one is caring — they are in complete denial.”

Outgoing Health Minister Hamad Hassan could not be reached for comment. A spokesperson from his office said that the minister had called for the health sector to be exempted from Circular 573, but that the central bank and the Finance Ministry are the ones responsible.

Caretaker Finance Minister Ghazi Wazni did not respond to requests for comment.

BDL and the Association of Banks in Lebanon issued statements soon after the hospitals’ announcement saying they would ensure that cash was available to the hospitals to allow them to continue buying the goods they need. However, how they will do so is still unclear.

“We’re still waiting to see what this mechanism is,” Dabar said.

Berti defended BDL's actions. “We still subsidize all the medicine and all the medical equipment that a hospital needs. And we are maybe the only central bank that does that,” he said.

Private hospitals see it another way.

“With this decision,” Rizk said, “they are slowly but surely killing all the hospitals in this country.”

This article has been updated to include responses from Halim Berti, a spokesperson for BDL.

BEIRUT — After years of underfunding and months of pressure from the COVID-19 pandemic, a central bank decision has dealt a crippling blow to Lebanon's private hospitals, leaving them unable to give treatment to everyone who needs it, they say.In a press conference a week ago Friday, the head of the Syndicate of Private Hospitals, Sleiman Haroun, described a “financial blockade” imposed...